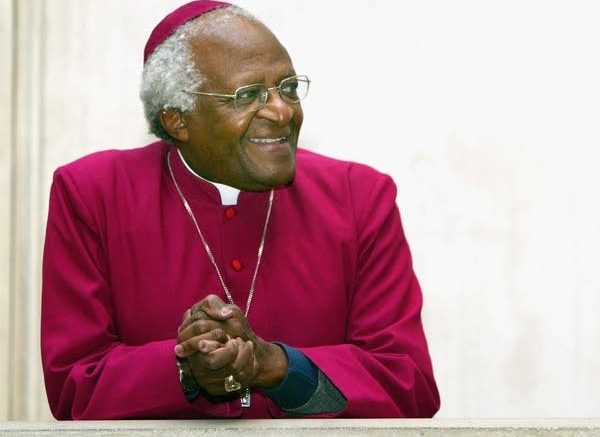 His death was confirmed in a televised address by South African President Cyril Ramaphosa, who called his passing “another chapter of bereavement in our nation’s farewell to a generation of outstanding South Africans who have bequeathed us a liberated South Africa.”

“From the pavements of resistance in South Africa,” Ramaphosa said, “to the pulpits of the world’s great cathedrals and places of worship, and the prestigious setting of the Nobel Peace Prize ceremony, the Arch distinguished himself as a non-sectarian, inclusive champion of universal human rights.”

Tutu was appointed chairman of the Truth and Reconciliation Commission in the 1990s after negotiations to end apartheid had begun. The Commission aimed to create a new relationship between South Africa’s Black and white citizens. It offered amnesty to perpetrators of apartheid-era crimes, given that they provided an honest account of past actions. Tutu called the Commission’s work “another kind of justice—a restorative justice which is concerned not so much with punishment as with correcting imbalances, restoring broken relationships—with healing, harmony, and reconciliation.”

Long before he became chairman of the Commission, Tutu had been at the forefront of South Africa’s anti-apartheid movement. Early on, and throughout his life, his activism was rooted in his role within the Anglican church. After earning a bachelor’s degree from the University of South Africa, he became a part of the ministry, saying that it could provide “a likely means of service.” He then went on to hold various Anglican ministry positions before being consecrated Bishop of Lesotho. In 1978, he became the first Black general secretary of the South African Council of Churches, and under his leadership, the organization emerged as a major voice in opposition to apartheid.

With Tutu at its head, the Council implemented a scholarship program for Black South African youth and provided aid to families of those prosecuted under apartheid-era laws. Further, Tutu used his position as bishop to speak out against the government and urge foreign investors not to support South Africa.

By 1984, Tutu had won the Nobel Peace Prize and become the first Black Anglican bishop of Johannesburg, and by 1986, Archbishop of Johannesburg, spiritual leader of South Africa’s 1.5 million Anglicans. As archbishop, Tutu continued to use his platform to call global attention to South Africa. He encouraged countries to press sanctions against the South African government while still working, domestically, to dismantle apartheid from within.

In 1990, when South African President F.W. de Klerk began the process of deconstructing apartheid, Tutu, practicing the forgiveness he preached, announced, “An extraordinary thing has happened. And it is undoubtedly due to the courage of President de Klerk. We’ve got someone here who is greater than we expected. At some points, we had to pinch ourselves to be sure we were seeing what we were seeing.”

Throughout the post-apartheid 1990s, Tutu was a proponent of mending relations between South Africa’s Black and white citizens. Having argued that apartheid dehumanized both groups, as “whites, in being those who oppress others, dehumanized themselves,” in his role heading the Commission, he began to describe South Africa as a “rainbow nation.”

Still, the end of apartheid did nothing to lessen Tutu’s involvement in South African affairs. In 2003, he contributed to the Truth and Reconciliation Commission’s final report, asserting once more the importance of forgiveness while firmly opposing “amnesia, [which] would have resulted in further victimization of victims by denying their awful experiences.”

Though South Africa had come under the leadership of a new, anti-apartheid party, Tutu was not without criticism of government figures, namely those associated with African National Congress (ANC), which came to power with Nelson Mandela in 1994 as the result of South Africa’s first fully democratic elections. In 2004, Tutu accused Thabo Mbeki, Mandela’s successor, of policy-making to the benefit of the elite while the country’s poor lived in “grueling, demeaning, dehumanizing poverty.”

Tutu was not only a force against injustice in South Africa but other nations as well. In 2006, he was called upon to lead a UN rights probe of the Israeli attack on Gaza’s Beit Hanoun district, working alongside Professor Christine Chinkin. This attack had led to the death of 19 Palestinians. In his statement about the mission in 2008, he called the attack “a gross violation of human rights,” saying “ordinary Israeli citizens would not support this blockade, this siege if they knew what it meant for ordinary people like themselves.” Further, he claimed, “In terms of the scripture that Jews and Christians alike invoke, the blockade is contrary to the teaching of those scriptures.”

Back in South Africa in 2010, Tutu expressed disapproval of the nation’s next president, Jacob Zuma: “I think we are at a bad place in South Africa, and especially when you contrast it with the Mandela era. Many of the things that we dreamed were possible seem to be getting more and more out of reach. We have the most unequal society in the world.”

The same year, he urged a Cape Town opera company not to perform in Israel until its production of “Porgy and Bess” could be viewed by Israelis and Palestinians alike.

Tutu was also a proponent of women’s and LGBTQ+ rights. In a video filmed for the UN’s Free & Equal Campaign in 2013, he is featured condemning discrimination against women and the LGBTQ+ community: “I oppose such injustice in the same passion that I oppose apartheid.” LGBTQ+ rights were a tension point in his relationship with the Anglican church; though same-sex marriage has been legal in South Africa since 2006, South African Anglican law nonetheless states that “holy matrimony is the lifelong and exclusive union between one man and one woman.” But Tutu continued to promote acceptance: “I would not worship a God who is homophobic.”

2013 was also the year he wrote to South Africa’s Mail & Guardian, announcing that, because of its corruption, use of violence, and shortcomings in combatting South Africa’s issues, he would not be able to vote for the ANC: “I’m not a card-carrying member of any political party. I have over the years voted for the ANC, but I would very sadly not be able to vote for them after the way things have gone.”

A year later, in 2014, Tutu submitted an article to the Israeli newspaper Haaretz making clear his support of the boycott, sanctions, and divestment (BDS) movement to peacefully oppose the Israeli occupation of Palestine.

In 2016, Tutu urged lawmakers to legalize medical end-of-life assistance. “Dying people,” he said, “should have the right to choose how and when they leave Mother Earth. I believe that, alongside the wonderful palliative care that exists, their choices should include a dignified assisted death.”

In 2017, Tutu spoke out against the leader of Myanmar and fellow Nobel Prize laureate Aung San Suu Kyi, asserting that it was “incongruous for a symbol of righteousness” to be at the head of a country in which the Muslim minority was facing “ethnic cleansing.”

The next year, following a power struggle with then-deputy Ramaphosa, Zuma was ousted, leaving Ramaphosa the presidency. Tutu proclaimed Ramaphosa’s leadership a “new dawn” for South Africa. However, he did issue a warning: “Know that we pray regularly for you and your colleagues that this must not be a false dawn.”

Throughout his life, Tutu wrote many books, often broaching the topics of forgiveness and religion.

He spent his last years living in a Cape Town retirement home with his wife, Nomalizo Leah Shinxani. He is survived by Shinxani and their four children.

No Such Thing as a Positive Stereotype

Against All Odds Wisdom Teeth Extraction Made Me a Smart Mouth