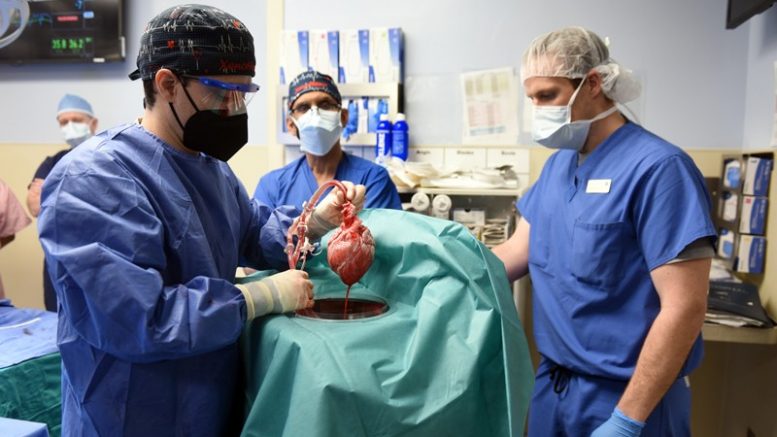 On January 7, 2022, surgeons at the University of Maryland Medical Center (UMMC) successfully transplanted a genetically altered pig heart into David Bennett, an adult patient with end-stage cardiac disease (ESCD). The organs from the pigs had ten genetic modifications, including some to eliminate genes that trigger the human immune system. 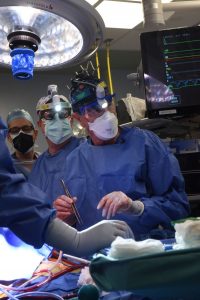 Doctors will monitor Bennett in the hospital over the next several weeks or months to ensure that his body doesn’t reject the new heart. Dr. Bartley P. Griffith, MD, one of the co-leads of the surgical team for Bennett’s transplant surgery, spoke about Bennett’s condition after the surgery and said “He was very stable into the next morning and he just kept getting better through the weekend. Ultimately his heart is still charging like crazy. We did a cardiac echo on Monday which gives us a view of how well the heart squeezes. It looked like a rock star.”

David Bennett, age 57, had been on cardiac support for almost two months. He had ESCD, but he couldn’t receive a mechanical heart pump because he had arrhythmia, an irregular heartbeat. Unfortunately, he also couldn’t receive a human transplant because he was not medically compliant. Bennett also had a history of not listening to doctors’ treatment instructions.

The US Food and Drug Administration (FDA) doesn’t approve pig heart transplants but because of Bennett’s medical circumstances, the federal agency granted emergency authorization. On December 31, under its “expanded access” provision, which is used when a medical procedure is the only option for a patient in a life-threatening circumstance, UMMC got permission to give Bennett a pig heart.

Regarding his situation and the transplant, Bennett felt that “It was either die or do this transplant. I want to live. I know it’s a shot in the dark, but it’s my last choice.” 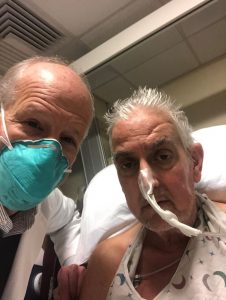 The heart used in Bennett’s surgery was from Revivicor, a company whose pigs are raised at a facility near Birmingham, Alabama. The Chief Executive Officer of Revivicor, David Ayares, has been engineering pigs for two decades. He tests various genetic modifications and how they can limit rejection in humans and other primates.

To make the pig heart used in the transplant, the company removed three pig genes that trigger attacks from the human immune system. They added six human genes that assist the body to accept the organ. Then, a final modification was implemented that aimed to prevent the heart from responding to growth hormones and ensured that the heart would remain human-sized.

Muhammad M. Mohiuddin, MBBS, the other co-lead of the surgical team for Bennett’s transplant surgery, spoke on how this medical breakthrough was “the culmination of years of highly complicated research to hone this technique in animals with survival times that have reached beyond nine months.” Dr. Mohiuddin adds how “The successful procedure provided valuable information to help the medical community improve this potentially lifesaving method in future patients.”

Although transplant surgeons hope this medical advancement will enable them to give more people animal organs, there are many ethical and technical hurdles ahead. Regulators and ethicists would need to determine whether a patient waiting to receive a human heart would outweigh the patient’s risk of an unsuccessful pig heart transplant. Additionally, a decision would have to be made on the criteria for a person to receive a pig heart.

Be the first to comment on "Historic First: Pig-to-Human Heart Transplant"