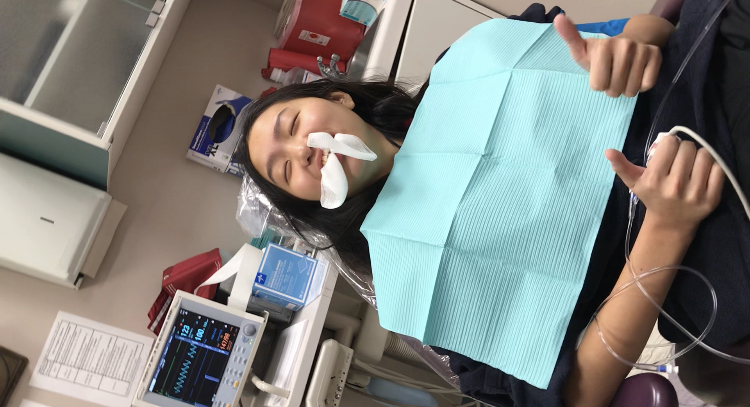 Some time ago, I had my wisdom teeth removed. In the following days, I was on bed rest which gave me plenty of time to talk with my parents.  After the procedure, my parents were naturally curious to hear about my experience. Along with the generic accounts of post-anesthesia euphoria, I half wittingly mentioned that having a roomful of white surgeons hovering over me made me feel slightly out of place.

They asked me to tell them more and this is the gist of what I said:

Nothing about the surgeons or their demeanor was inherently careless or neglectful, but I felt a looming paranoia that my wellness was second priority to their convenience.

Even now, weeks after the ordeal, I still haven’t determined why those feelings arose. Was it related to race? Was it a learned reaction? Was a genuine internalized mistrust of white people surfacing at that moment? I’m still uncertain but I have an inkling that in that situation, the unfamiliarity of the environment activated an instinctive reaction to enter defense mode. Perhaps this intensified because objectively, I was under the care of a handful of strangers.

To all of this, my mom replied that she felt the opposite. To preface, she told me she recognized that what she was thinking wasn’t necessarily the truth.  She said she felt reassured knowing that my surgeons were all white and even more so that the head surgeon was a male.

This wasn’t the first time my parents and I have had conflicting views on race. It was an uncomfortable but familiar conversation.

Facilitating argumentative conversations with Asian parents can be intimidating. For me, the challenge has a lot to do with the existing cultural norm of elderly respect which includes never challenging their beliefs.

Over the years, I’ve developed a guide for approaching tense conversations with immigrant parents in a way that is safe, respectful, and productive.

I also want to acknowledge those who don’t have the privilege of openly disagreeing with their parents, no matter how careful and methodical the approach may be. To those individuals, there is always a community that will welcome and embrace your voice. Seek out those havens whether they exist at school, among your friends, or trusted adults so that you can continue to curate and nurture your beliefs through the lens of your own experiences and not those who have power over you.

Someone Knows a Word for That