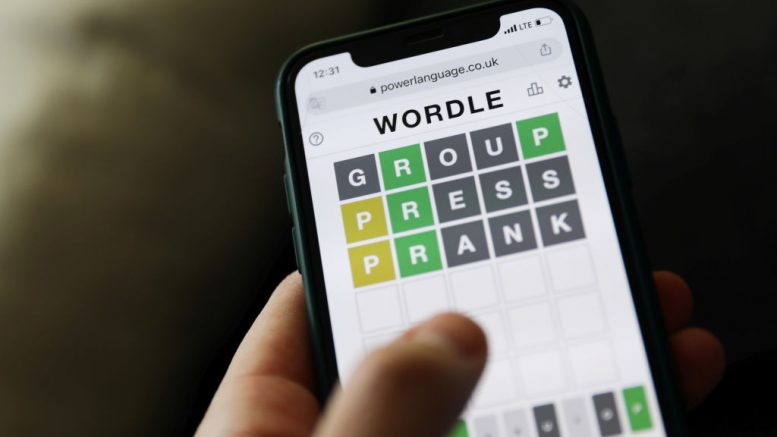 The data company, Morning Consult, found that 14% of Americans said they play Wordle. After further examining the data, they concluded that millennials are the ones who are most interested in and play the game the most. As a matter of fact, a study concluded that “Twenty-six percent respondents in the generation [milennials] said they play Wordle, compared to 18% of Gen Zers, 9% of Gen Xers, and just 5% of baby boomers.” Millennials also seem to be responsible for spreading the word and awareness about the game, whether it be verbally or through social media. Once again, Morning Consult reported that “43% of [survey] respondents who had heard of the game said they first heard about it on social media.”

Wordle has already been compared to another digital game that rose to fame many years ago: Candy Crush. Users have expressed their concerns that Wordle will turn into another version of Candy Crush, meaning that its fame will die out quickly after the initial high number of users. However, arguments have been made against this because players believe that, unlike Candy Crush, Wordle improves analytical thinking and provokes problem solving and discussion between users. For instance, Langford Lessenberry, a student at Butler University, believes that Wordle has helped her connect more with others, like teachers and instructors, in her life. For instance, she stated, “I’ve seen my teachers playing it, and me and my phonetics teacher talk about it every week. My clarinet instructor was playing it as I was going into my lesson this week, so I feel like that [fact] kind of cements that [Wordle] is here to stay.”

The Acronym is hopeful for Wordle’s fate in maintaining its spot as a hot topic for conversations in the near future, and we wish everyone luck in guessing tomorrow’s five-letter word!

Gliding into Genshin: An Overview