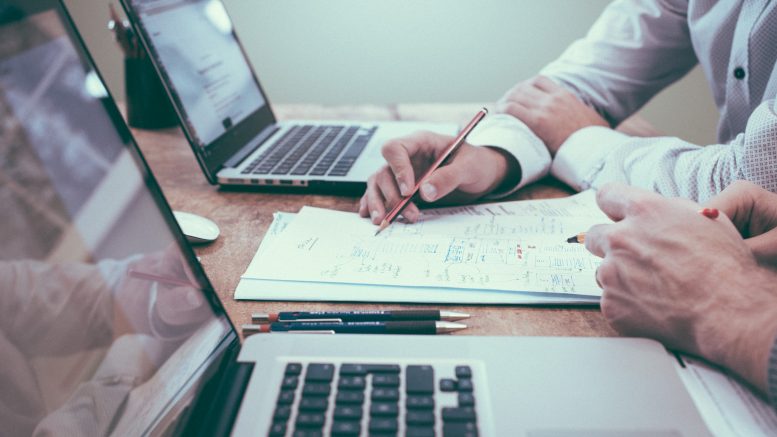 Intersession 2022 was held from January 10–14. It offered 56 sessions for students to choose three to participate in. These sessions ranged from STEM topics, cultural studies, hobbies, life skills, fine arts, and more (such as the topics covering the history of zombies, Discord bots, and Minecraft).

IMSA’s Office of Institutional Research sent out a survey to gather information on students’ experience with Intersession 2022. There were 293 responses. Of those responses, the distribution of students’ overall satisfaction with 2022 intersession is as follows: 36 (12%) students were very satisfied, 179 (61%) were satisfied, 52 (18%) were dissatisfied, 14 (5%) were very dissatisfied, and 12 (4%) left a blank response.

Too Long and Too short

Too Early and Too Late

As for the students that were dissatisfied with the classes being too long, some felt that the classes were also held too early in the day. A student thought that class “should not be that early in the morning and the sessions don’t have to be that long.”

Alongside being too short, too long, and too early in the day, some respondents felt that the classes held in the afternoon were too late. For example, one student recommends that “One thing that could be improved is the times that the intersessions start at. I feel like the morning sessions could start a bit later and the afternoon sessions could start a bit earlier.”

Many students that didn’t get their choices for sessions were left unsatisfied with their Intersession experience. This was in part due to the amount of time that the form was open.

A student that was overall very unsatisfied with their 2022 Intersession experience stated, “The course selection form was open for less than 48 hours, and the information was sent out the day of checkout for an extended break. Without any option for even late selections to be at the “back of the line” on picking courses, I was forced into a number of intersessions without my input.”

Here are thoughts from two seniors:

“To add on, seniors especially were disappointed with the sessions allotted to them this year. My top choices for intersession were generally ignored. I understand that there’s no preferences given, but there should be recognition that this is the seniors’ last chance at intersession.”

“This was an extremely disappointing experience for my senior year, and the practices used for course selection for intersession (short notice, barely any time to select courses, and no way to provide any input if the main deadline is missed, particularly) reflect a poorly coordinated administration with no care for the students they serve, and reflects poorly on IMSA as an institution.”

To add on, some students disliked the session(s) they were placed into because they hadn’t known that was what they were signing up for.

A student said, “The description wasn’t clear about the workload [but] otherwise great.” Similarly, another student felt that one of their sessions “was boring and had a heavier homework load than most of my academic school year classes, for something that simply wasn’t what it was advertised to be.”

On the topic of homework, a few students felt that homework should either be eliminated or decreased.

One student shares that “Online intersession is not even comparable to in-person intersession, so there isn’t much I can say. I would say, in regard to my sophomore year (I’m a current senior), having homework from an intersession is very looked down upon as students would much rather spend their time preparing for Lunar, or hanging out with their friends on campus, especially during a week when courses are meant to be fun.”

Being online, there were restrictions on the activities that could be conducted in class. As a result, some classes suffered from the lack of interactive activities and had low participation. A student dissatisfied with their first session choice shares that they “liked the topic, but it wasn’t very interactive/engaging. This is most definitely because it was online though.”

Breakout rooms especially seemed ineffective in provoking participation. Another student dissatisfied with their first session choice said that “The session mainly consisted of 3 people in a break out group where the majority of time no one even talked.”

As it is every year, there is a wide variety of classes to choose from, so students can interact with material that isn’t traditionally given in school.

To add on, some students engaged in material that they felt was immediately applicable to their current life. One student that participated in the session “Activism Is for Everyone: Fighting for Issues that Matter” shares that they “really enjoyed the part where we contacted our local representative because I felt like I was actually doing something that mattered.”

Also, a student that was very satisfied with their overall Intersession 2022 experience shares that:

“1. There was a wide variety of topics to choose from.

Many of the student’s sentiments are shared with the teachers. Here’s what Intersession teachers had to say about this year’s Intersession.

Peter Dong (taught “The Lost Art of Listening” and “Teaching Your Computer to Play Games”):

“Overall I’d say virtual Intersession is workable but not ideal.  Since we could choose what to do, it allowed us to choose a topic knowing that we’d have to teach it remotely.  I thought it went okay.

Erin Micklo (taught “Activism is for Everyone: Fighting for Issues that Matter”):

“I definitely prefer in-person intersession, though I think that having multiple virtual intersessions in a row has made us consider how to use zoom as a tool for future intersessions. For example, I had IMSA alum Madison Hahamy (class of 2019) speak to my students about her activism both at IMSA and at Yale, where she is currently studying, and she was a terrific resource for them. In future in-person intersessions I’ll try to find ways to involve experts and resources from students via zoom and not let distance be an obstacle!”

“I was disappointed at the initial announcement that intersession would be virtual this year, but during the week itself I was glad that the school had made that choice. I’d initially thought about an intersession about satire in film that would make more sense on campus, but I shifted to an intersession about 1984 and the ways people are invoking it in the present. I thought this model worked well with 3 1-hour sessions, and I’m thinking about intersessions that involve students reading a book and then applying it to the present going forward.

I hope we’ll be back on campus for intersession next year—there’s a lot you can do in person that you can’t do online. That said, I hope the greater flexibility of scheduling and the option of bringing in more remote advisors stick around.”

While giving homework outside of class can allow for more productive time in the class, such as assigning a reading assignment so class next time can have a discussion on it, an excessive amount of homework diminishes a student’s enthusiasm. Thus, homework should only be assigned if absolutely necessary. Otherwise, seeing as how students are yet to return to school, it can impede on the student’s school-life balance.

Leaving the form for selections open longer would allow students to put more thought and time into their selections, and thus be more satisfied with their chosen sessions. To add on, more in-depth descriptions for courses would allow students to know exactly what they are signing up for. For example, if the class is more lecture, discussion, or hands-on they would know what to expect of the class.

As feedback, some students left that if Intersession is going to be held digitally, then it should be optional. One student spoke on this, saying that “Honestly the classes were fine but most people didn’t want to be there. I think you should make it optional if it’s going to be virtual because half the kids opened the zoom and then muted their computers.”

While multiple improvements can be made, Intersession is a wonderful opportunity unique to IMSA, so all students should take advantage of the knowledge they are being provided.

BREAKING NEWS: INTERSESSION IS BACK!

Intersession 2014 – Behind the Scenes

Be the first to comment on "Intersession 2022: The Good, the Bad, and the Ugly"