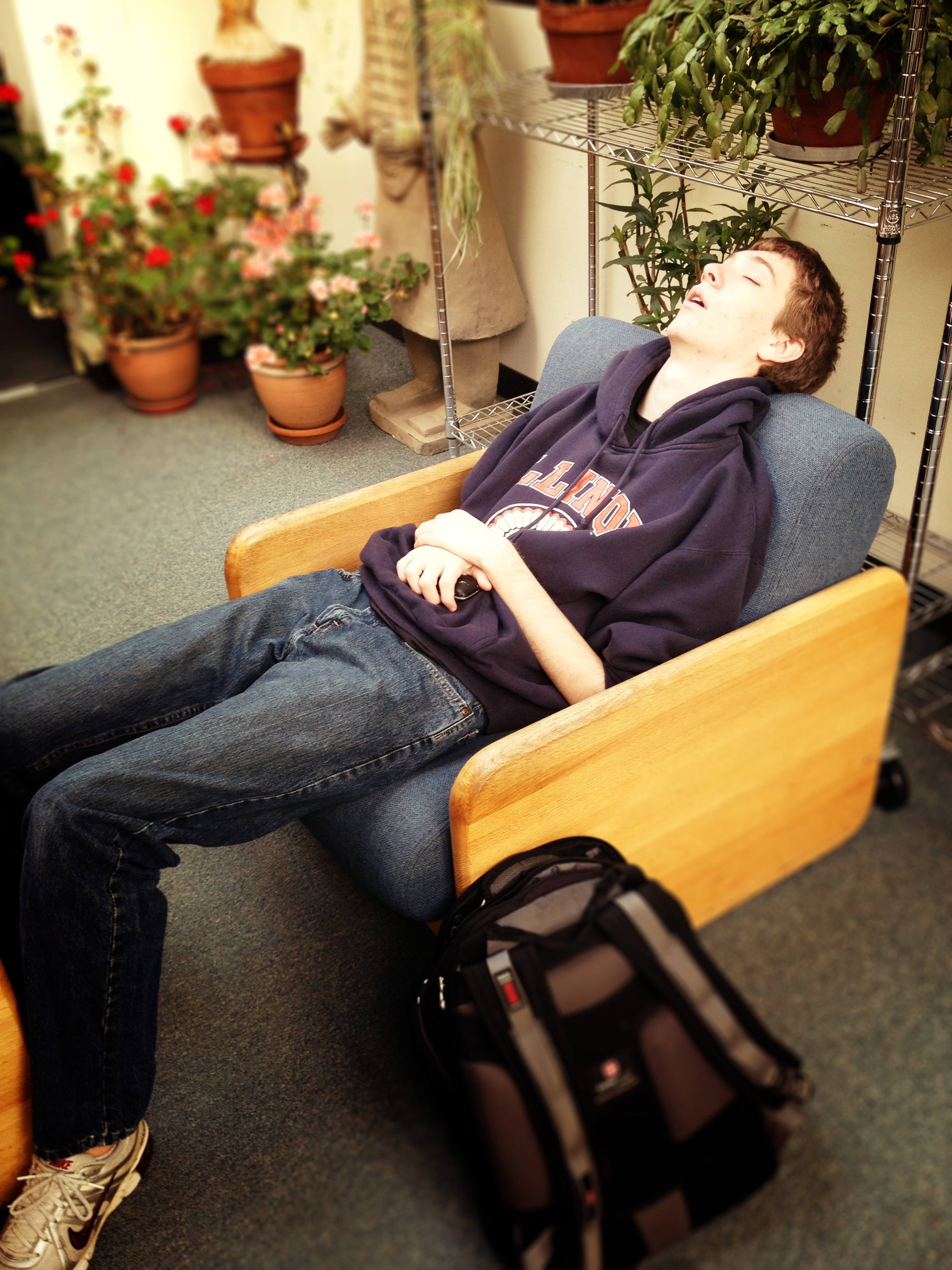 A typical IMSA student may be mystified by the concept of sleep deprivation, but this malady is a very real problem affecting the population at large.  For all but perhaps the most ardent Inception fans, the ability to sleep less daily but still healthily would be extremely appealing.  If one slept for only three hours per day instead of the prescribed eight, starting at 20 years of age, one would gain over 11 years in an average Western lifespan!  Hence, many students are convinced that polyphasic sleep or alternative sleep schedules will allow them to achieve this goal.

(http://en.wikipedia.org/wiki/Polyphasic_sleep This image belongs to the public domain.)

Alternative sleep cycles include the Everyman, Dymaxion, and the notorious Uberman schedules which advocate 4, 2, and 2 hours of sleep respectively, as compared with 8 hours of sleep in a Monophasic sleep cycle.  The general idea of polyphasic sleep is that the mind will become trained to immediately shorten “less important” stages of sleep such as Stage 1 of NREM.  Shedding that excess veneer of sleep will provide more time for crucial cycles such as REM.  However, how effective is polyphasic sleep?

The obvious disadvantage of polyphasic sleep is the conflicting hours of awakening; a student following the Dymaxion schedule would have severe logistical issues reconciling napping with school.  However, there is also no scientific evidence supporting polyphasic sleep as a healthy alternative to regular cycles.  There are only two scientifically supported sleep schedules: a single 6-8 hours sleep block in the night, and a night sleep of 5-7 hours combined with a 15-90 minute nap.  Pace-Schott and Hobson have shown the activity of the suprachiasmatic nucleus (SCN) in the brain, which is driven by a 24 hour cycle of gene transcription changes running a classic feedback loop, regulates a variety of factors such as cortisol levels in the blood, gene transcription, immune cell activity, subjective alertness, motor activity, and much more (2002). In short, this causes a powerful drive to sleep at night and a drop in awareness around noon.  Polyphasic sleep attempts to counteract the effects of this gene; unfortunately, it will cause sleep deprivation.  Except for babies or narcoleptics who naturally follow polyphasic sleep cycles, these will never be as healthy as the alternatives.

Numerous bloggers have attempted to follow alternative sleep cycles and nearly all have failed.  The simple fact remains that it is impossible to sleep polyphasically without an alarm clock.  Almost every attempt will lead to greater and greater amounts of sleep deprivation until the subject fails the schedule. The hype regarding polyphasic sleep must be deregulated to the realm of miracle diets and infomercials. No more should students think “Sleep? There’s a nap for that.”

How to Wake up for Class

How to Succeed on a Night Test

Get Psyched with New Sleep Cycles