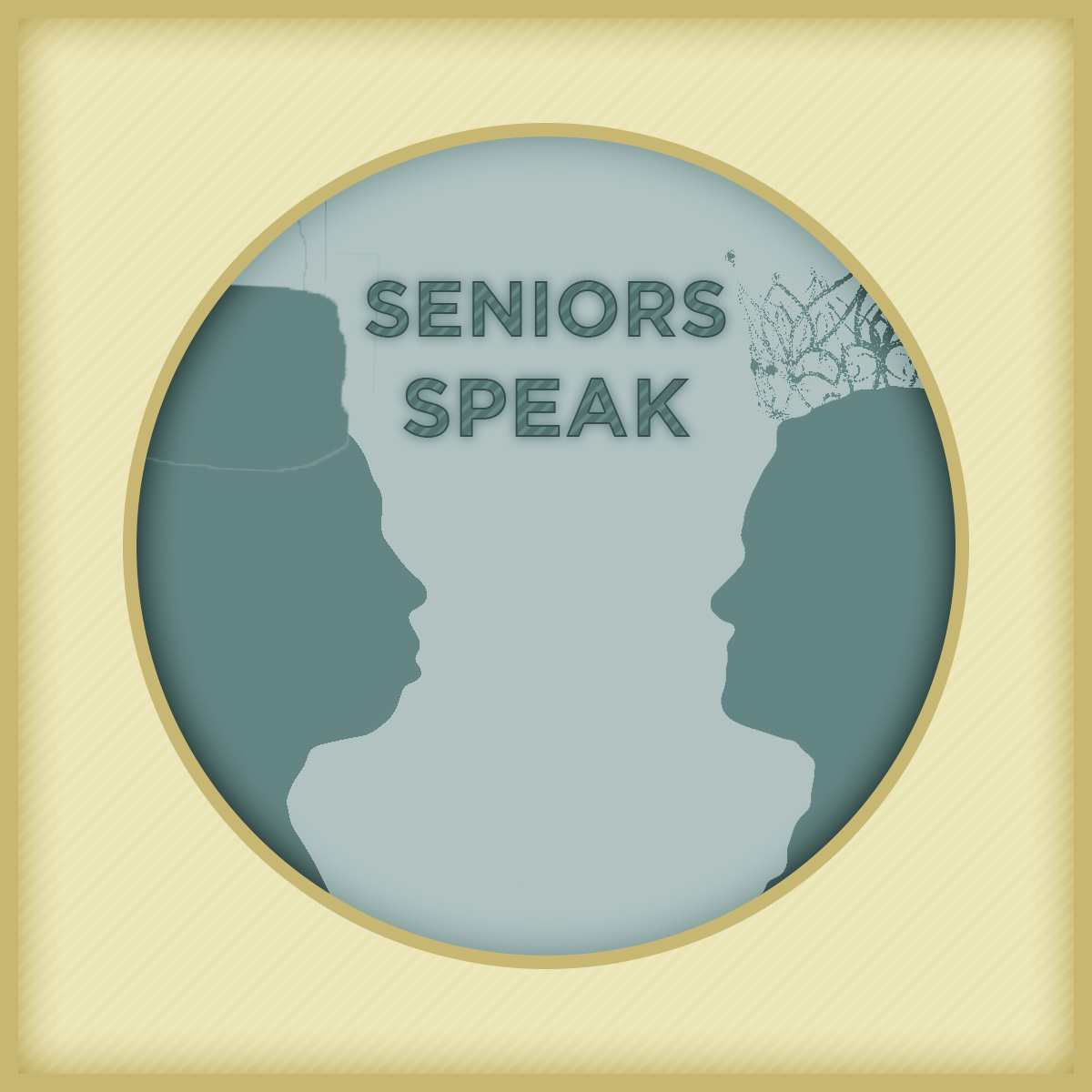 On Friday, May 10, IMSA seniors took part in an annual dance that you may have heard of. Before we all celebrated, we cast votes to determine the King and Queen for the evening. Well your new rulers have some words for you in our sixth Seniors Speak entry.

By Ayun Brown, Illinois Institute of Technology, Class of 2017

Let it be known throughout the Illinois Math and Science Academy that the Class of 2013 and their cohorts that escorted them to Prom this year do indeed know how to party hard. In fact, one may say it was the 13est prom ever. Never before have I witnessed such vigor, tenacity, creativity, and endurance as the prom-goers danced from heated ballroom to near-capsized boat throughout the night. I know not what warms my insides more: the exquisite cuisine or the smiles that lit up each and every face. I extend my gratitude to the absurdly attractive members of the Senior Class Club for, without them, I would not have had the pleasure of experiencing the 13est night of my life.

As Prom King, I implore the underclassmen to not focus on the things that separate them from their peers but to seek out and dwell on the many things they have in common. Also, be sure to support your class club as they put a lot of work towards giving you a night to remember.

By Mindy Jian, University of Chicago, Class of 2017

As a sophomore I, like every other sophomore at IMSA, was introduced to the word “passion” via LEAD. Not that this was the first time I had ever heard the word, but it was certainly the first time anyone made me think about it. I learned that passion is the strength to stand by your values. It’s believing firmly enough in something that you are determined to work as hard as possible to achieve a goal. To me, being passionate about something means dedicating yourself – mind, body, and soul – to a cause. Passion, to me, is an emotion rooted in sincerity and genuineness.

Recently, I had the chance to see an example of passionate people at work. A few days ago many of us were at Navy Pier enjoying Prom. While the city skyline was gorgeous, the sight that really took my breath away was seeing my class have fun and enjoy a night that was made to celebrate the past three years we’ve endured together. I couldn’t believe that I was seeing the culmination of hours of work put in by countless people during our time here. Prom is a $50,000 endeavor and we, a couple hundred high schoolers, were able to fund it. From Class Club selling spiritwear to our class setting a record number for cookie dough sales to having more than enough donations at Senior Auction, Prom was a result of the dedication and contributions of the entire IMSA community. We were able to pay for Prom not because it would look good on a college application or get us some coveted internship, but because we genuinely wanted to create something that the entire class, and more, could enjoy. Prom is an example of something that no one person benefits from in the long run. Our futures don’t depend on whether or not we have Prom on a boat or on the side of the road. So, then why put in the work to make it so special? Why not take the cheap route? The answer, as I have come to learn, is because of the passionate people who are sincere in their motivations. Whether it’s Prom, a paper, or something entirely different, putting in the effort, no matter how insignificant and unrewarding it may seem at the time, will inevitably result in something you can be proud of. It’s often tempting to take shortcuts to reach the end faster but the truth is that if you care about something enough, it will always be worthwhile to put in the extra work.

I am honored to know that I will be graduating IMSA with the knowledge of what it feels like to work for a cause tirelessly and unwaveringly. My message to you is to complete each task with sincerity, resulting in quality work built on passionate beginnings. Do things because you love to do them, not because you feel obligated to. You owe it to whatever cause you’re working for to be genuine in your motivation and honest with yourself. Anyone can accomplish anything but the quality of the product depends entirely on how passionately you approach the task. Seniors Speak: Censorship at IMSA: A Necessary Precaution or an Overused Action?

Be the first to comment on "Seniors Speak: a Word from the King and Queen"