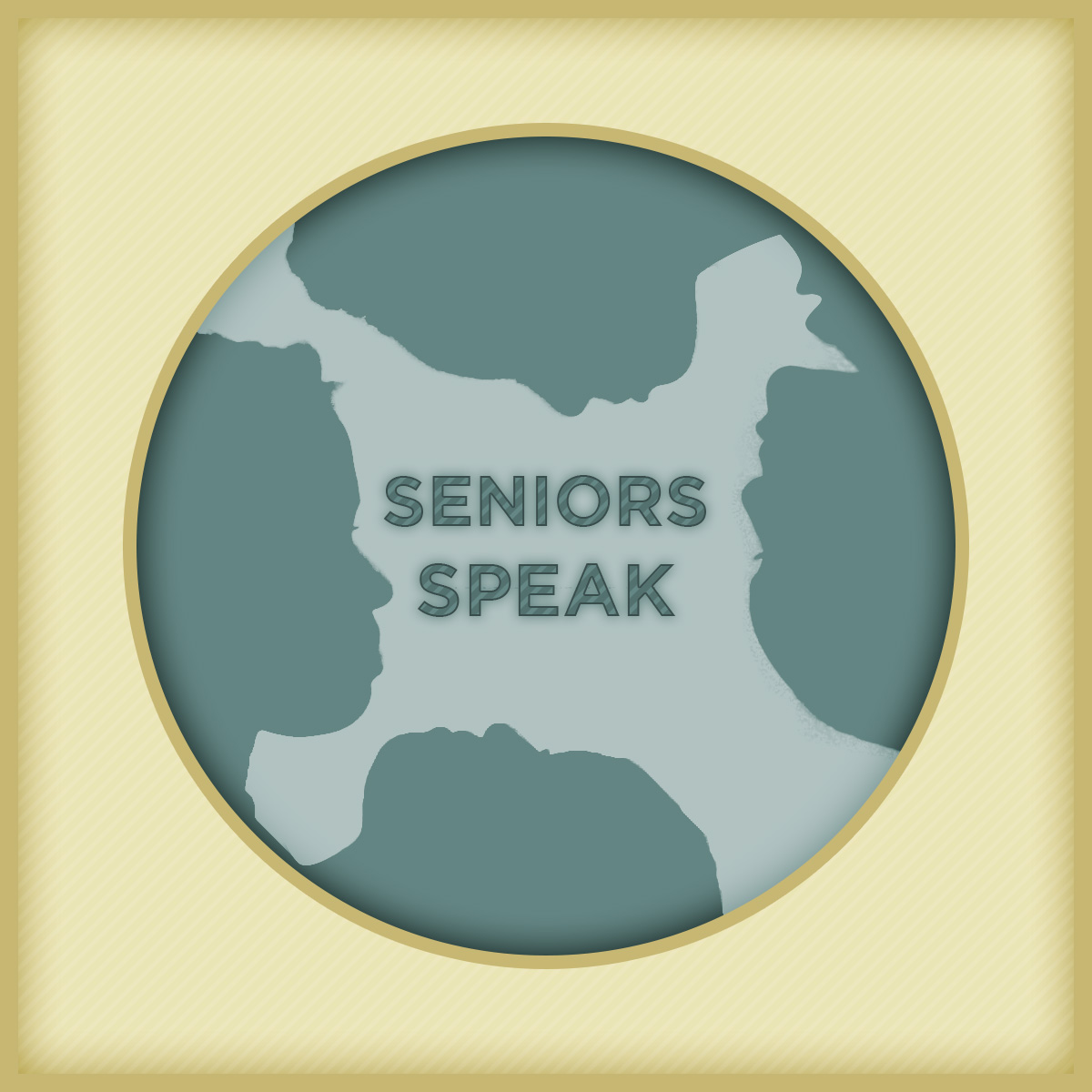 Even though there have been numerous improvements regarding race relations in this country since the Civil Rights Movement, there is still work to be done everywhere. As Ashley Washington, Amarachi Ibe, Benedicta Ojibah, and Bryce Corbett show us in the tenth Seniors Speak entry, this is just as much of an issue here at IMSA as elsewhere.

Being Black at IMSA

Ashley Washington, University of Illinois at Urbana-Champaign, Class of 2017

Amarachi Ibe, University of Illinois at Urbana-Champaign, Class of 2017

“She’s cute for a Black girl.”

What does that mean? Really? When did there become a differentiation between black girls and girls in general? There are other cultures with girls who have just as dark or darker complexions than “black” girls. Is it an anomaly that she’s cute and black? Being cute has nothing to do with race. All girls are beautiful no matter what their race is.

“Is that your real hair?”

Oh, why yes, yes, it is! I went to sleep, woke up and now my hair is 10 inches longer than it was the day before. Cool, right? I know. *stale face*

So to start off, the average person grows approximately a ½ inch of hair per month (this amount can be more or less due to shedding and other various things that happen with hair). I know you just saw me a couple of days ago and I’m sure you noticed that my hair is about 10 inches shorter or longer than what it is now. You go to IMSA; you’re supposed to be smart, but apparently you lack common sense. No, it is not my real hair.

Please give me a concrete definition of what being black is. I’m sure that you know. I’m sure that you aren’t thinking about the stereotypes that you and your friends laugh about or what you see on T.V. I’m sure your definition of black is not ignorant. To me, being black means my ancestors were from Africa. It does not mean that I’m loud, that I’m in a gang or that “ratchet” is the first and only descriptive word you can use to describe me. Am I not black because I can speak eloquently? Because I don’t threaten to “beat yo ass”? Or is it because I don’t listen to rap music “all day errday”? Please tell me what being black is because I am sure you know.

“Look at my cracked screen. It’s so ghetto/ratchet.”

The word ghetto is NOT an adjective. It is a place that you probably know little to nothing about. No, your screen is broken. That’s all it is. Nothing more, nothing less.

Do you really wish you were black? No, really? Do you really want to sit for more than 4 hours just to get your hair braided? Do you want to be on the verge of tears when someone combs your “nappy” hair? Or do you just want to have a big butt and know how to dance?

“Yeah, I don’t really date black girls. They have an attitude problem.”

An attitude problem? Since when does standing up for yourself and having an opinion turn into an attitude problem?  As if it doesn’t hurt enough when people of other races say it, it completely blows my mind when black guys say it. Yes, you have the right to be attracted to whomever you choose to be attracted to, but attitude shouldn’t be a defining factor between different races.  “Don’t get confused between my personality and my attitude. My personality is who I am; my attitude depends on who you are.” If attitude is still the problem, maybe you’re just dating the wrong black girl.

“Can you teach me how to twerk?”

No, I can’t, sorry. Just because I’m black doesn’t mean I can dance. If you really knew me, you would know that I have two left feet, but feel more than welcome to watch the YouTube videos and learn along with me.

“Being black really helps with getting into college.”

No, working hard just like everybody else really helps with getting into college. Being a minority doesn’t mean that you have an automatic acceptance letter waiting for you. Your hard work and dedication matters just as much, if not more than everyone else.

You mean we’re the life of the party? Yeah, that’s what I was thinking too.

“Do all black people like watermelon and fried chicken?”

Well, I myself like sushi, steaks, and pizza, but excuse me while I take a poll asking all the black people in the world.  The results are in….survey says NO. This ignorant stereotype can be dated back to the 1870s and thanks to the ignorance of people today it can still be heard.

First off, are you sure you’re not mistaking “trap” music for rap music? Are you sure you don’t like rap music because you actually sat down and tried to like it but couldn’t bring yourself to do so? Or do you not like it because you think that they only talk about money and girls? Well, if so, I’m glad to inform you that there’s a lot of rap music that actually has meaning. To steer you in the right direction, look up Kendrick Lamar, Lupe Fiasco, Jay-Z, and Tupac.

“Um, I’m sorry but you have to go back and change. Your shorts are too short. It violates the dress code.”

Since when did IMSA have a legitimate dress code? Oh! I get it! It only exists when what I’m wearing is bothering you. I’m sorry that I possess more curves than some of the figure-less bodies you may have seen walking around. My “short” shorts are just as short as all the other shorts I see on females and their shorts are usually shorter. I’m sorry that heads turn when I walk down the halls, but at least I give them something good to look at. I am very satisfied with who I am and the beautiful shape of my body. I will not dress like a nun to make you feel “more comfortable” and become less of a “distraction”.

Teacher: “All right everyone, partner up.”

This is when my superhero powers magically kick in and I am now invisible and irrelevant. People will beg to work by themselves before they decide to work with me. Nobody wants to be stuck working with me, the only black person in the classroom to begin with. Just because I was not exposed to the same opportunities you used to advance your education at such an early age, doesn’t make you smarter than me. While you’re wasting time trying to avoid working with me because you don’t think I value my education just as much, if not more than you do, my grade in the class is just about the same as yours, if not higher.

“Can you teach me some gang signs?”

Of course I can! Since I’m in a gang at IMSA and all. It’s called the “I’m Not A Gangster So Don’t Assume I Am” gang. Last time I checked, gangs didn’t start with black people. If you do a little research, you’ll see that gangs were inspired by mobs and mafias who were not of African-American descent.

Yes, learning names can be hard and yes, people make mistakes, but there aren’t many black people at IMSA. To save yourself the embarrassment and to spare us our feelings, look twice before calling us the wrong name. Please.

At IMSA, students don’t realize how much meaning is in the words that they carelessly throw around. What some people may take as a joke, others can take offense to. Throughout our three years at IMSA, we have witnessed people misunderstand our culture and we are frustrated by the ignorant comments we receive on a daily basis. This article is not an attack against the IMSA population for the many insensitive remarks and instances that we have heard and encountered. The purpose of this article is to educate the IMSA community about an issue that is absent in the minds of those who don’t experience it firsthand.

Seniors Speak: If I Didn’t Come to IMSA

Be the first to comment on "Seniors Speak: Being Black at IMSA"