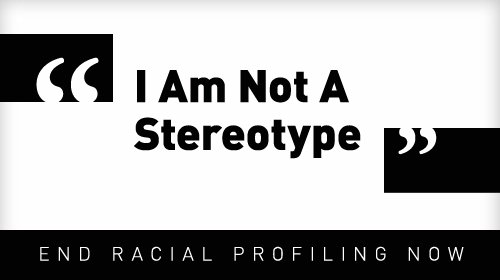 This article was a collaborative effort between the Opinions section team and various other IMSA students.

In light of Ahmed’s recent situation, I have recently thought a great deal about racial profiling and its place at IMSA. While I, personally, see a lot less prejudice here than I did at my old schools, I think there still are some cases where people express their racial profiling differently, without realizing it.

I remember one day in fifth grade when I dressed up in an Indian lengha for a culture festival at my elementary school. I remember being worried that the other kids would judge what I was wearing because they had never seen anything like it before, and because it was so different from what the majority of others were wearing.

In contrast, at IMSA, I’ve found that I don’t have to worry about such petty things, because people accept different cultures and ethnicities. However, at the same time I think the diversity here never goes unnoticed. There are low-key moments when students, without meaning anything by it, say things like “This picture has so many Asians lol”, or “You could do it because you’re Indian!” While not many people find this offensive, I’ve only recently realized that while IMSA is accepting of all races, and many people even participate in the cultural activities of other races, the cultural divide still exists, people are always going to associate certain characteristics with certain races.

Similarly, Daniel Shin wrote that his “wish for the longest time throughout middle school was to be white. I resented not being born into a white family because I felt as though there were so many disadvantages that came with being Asian. My primary complaint with my ethnicity was that I felt as though people held a preconception of me when they saw me for the first time. They assumed certain parts of my life before even getting to know me. When I met people for the first time, they would assume I had a really peculiar name or that I did not speak English very well. Because of this, I would try my best to hide my Asian accent as much as possible and I would be ashamed of being seen with my parents in public. But now, I’ve come to accept the importance in diversity, and I am extremely proud of my culture and am not afraid to show it. And I believe that IMSA has helped me accomplish that.”

However, Amy Yu, Class of ’17, explained to me a  different viewpoint: “I haven’t really seen much racial profiling here at IMSA, but I have seen some people who deeply care about understanding and appreciating race, while others don’t mind the differences all that much. Like, I’ve seen people who get angry when others participate or interact with certain aspects of a culture or race that isn’t their own, because they think no one is truly trying to understand their culture. They want people to comprehend and accept everything about their race, and they want people to recognize the differences and divisions between each race. Others, though, don’t care about the differences and just simply accept and participate in any aspect of other ethnicities. So I guess while racial profiling hasn’t been such a big deal at IMSA, there are definitely people who strictly identify with their race and are often so proud of their ethnicity that they require others to fully understand every aspect, [or] otherwise to not associate with any aspect of their culture.”

Amarachi Okoli, another Opinions writer, wrote about a more specific, personal experience related to racial profiling at IMSA: “I have seen an incident or two of racial profiling at IMSA, up close. On one occasion, three boys—one African-American and two Caucasians—were having a conversation as they were leaving the main building. The African-American boy asked one of the Caucasian boys a question, and in response, the Caucasian boy called his friend a racial slur. Because they appeared to be friends, many may have assumed that they were joking with one other and that the expression may not have been intended as an insult. However, whether they both knew it or not, the use of the word was truly an offense. The fact that the boy was smiling and quickly veered away from the African-American boy, as if trying to avoid getting hit by him, shows that he knew the context in which the word is used.

“It was obvious that Caucasian boy did not use that word in ignorance; he knew what he said and what it meant. Clearly the two of them knew  each other, but even more troubling is the lack of respect that the Caucasian boy showed for that African-American boy, whom he may consider a friend, which made it all the more insidious and damaging. Ignorance could not have been at play and was not the issue, at least not entirely. As already said, racism is insidious and often finds its way into even the most unlikely places, such as IMSA. As a place of higher learning, one would think the atmosphere at IMSA would liberate people from such tendencies. One would hope that IMSA students would take to heart IMSA’s mission statement, our motto, our creed: to fulfill the mission of advancing the human condition, instead of acting in contradiction to that noble mission.

“Even if the African American student may not have viewed or may not be aware of the full weight of the word, historically, socially, and politically, it was offensive to me, and indeed to all African Americans, especially those who bear the scars of racism.”

Amarachi brought up a good point about how sometimes racism goes unnoticed. All of these viewpoints point towards some type of racial profiling at IMSA, whether recognized or unrecognized. While, due to the culture at IMSA, it may be hard to directly relate racial profiling to Ahmed’s case and Islamophobia, we all recognize that prejudice does exist in all forms within the IMSA community, whether it is highly distinct or very subtle, and I think that Ahmed’s case has shed a lot of light on forms of prejudice with respect to our own lifestyle.

Be the first to comment on "Racial Profiling at IMSA"