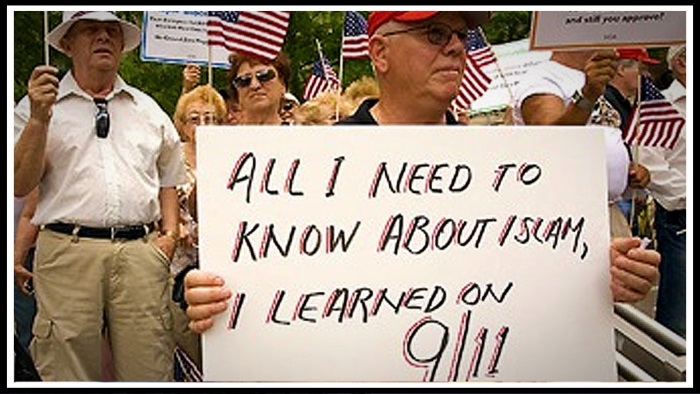 The recent events surrounding 14-year-old Ahmed Mohamed and his homemade creation have sparked vicious shaming towards his teachers, school, and county police. The young Muslim boy from Irving, Texas created a digital clock with innovation and expertise.  Shortly thereafter, however, the teen was arrested, his teachers claiming the clock looked like a bomb. Some claim it is not a simple misunderstanding, but rather a racist assumption made based on his Muslim background. The occasion is tragic, not only raising sympathy for the criminalized minor, but cruelly reminding us of how racism’s pervasive presence in America.

Now more than ever, instances of racial profiling are both glaringly visible and socially problematic. In an America which prides itself on social progress and acculturation, one expects the utmost sensitivity from all citizens. Recently, the public has faced the shame of seeing those expectations continuously lowered, revealing that America is still not as culturally developed as it appears.

After the by September 11th attacks, The War on Terror, and Immigration Reform, the mentality of the country toward race and culture has changed, leaning toward suspicion. This ideology has taken the form of hate crimes and racial profiling, social problems that were not left behind with the Civil Rights Movement or the end of the 20th century.

In the last 15 years, thousands of hate crimes and cases of racial profiling have been documented. Americans have witnessed the Evolution of Racism: a cruel unfolding of events collectively damaging our national integrity. What has the 21st century meant for racism in America?

The Cincinnati riots of 2001 were sparked by the death of 19-year-old African American male Timothy Thomas and continued for four day. Thomas was fatally shot by Patrolman Stephen Roach after an attempt to arrest him for non-violent misdemeanors, most of which were traffic violations. The riots were the nation’s largest since the L.A Riots of 1992. On September 4th, 2006, six African American citizens were shot by police officers out of uniform on the Danzinger Bridge in New Orleans, Louisiana. Two citizens were killed, while the other four were wounded. The victims were unarmed and had not committed any crime.

Legislation intended to discourage and limit immigration to the US passed in 2006 sparked outrage throughout the nation, mobilizing millions in 102 cities across the country. Trayvon Martin, a 17-year-old African American boy, was shot and killed by George Zimmerman, a local neighborhood watchman. Martin, who was walking from a neighborhood 7-11, was reported by Zimmerman for looking “suspicious”. An altercation began between the two, ending with the fatal shooting of the 17-year-old.

Michael Brown, an 18-year-old African American, was shot 17 times by Officer Darren Wilson, a 28-year old white police officer. Michael Brown, although unarmed, had robbed a convenience store of cigarillos. The shooting sparked national unrest, seen as an example of police brutality by African American citizens in the town of Ferguson, Missouri.

Eric Garner, a 43-year-old African American, was arrested in Staten Island, New York on July 17th, 2014. A police officer arrested him for allegedly selling “loosies” (single cigarettes). Officer Daniel Panteleo put him in what was described as a “chokehold”, eventually killing him. At Emmanuel African Methodist Episcopal Church, Dylann Roof shot and killed nine people, injuring one more. The church is one of the country’s oldest predominantly African-American churches and has long stood as a symbol of civil rights, due to its history of involvement. Roof is to be indicted on federal hate crime charges and is facing up to thirty years in prison or the death sentence.

A history of hate crimes and cases of racial profiling reminds us of the discrimination still prevalent among us. During such progressive times, one can lose respect for our fellow American citizens. It must not be forgotten, however, that the disappointment felt in American hearts is nothing but definite indication of our progression. We must maintain criticism for prejudice, intolerance for discrimination, and an open heart to victims. A change in actions starts with a change in mentality only the American people can perpetuate the momentum needed for such a change.