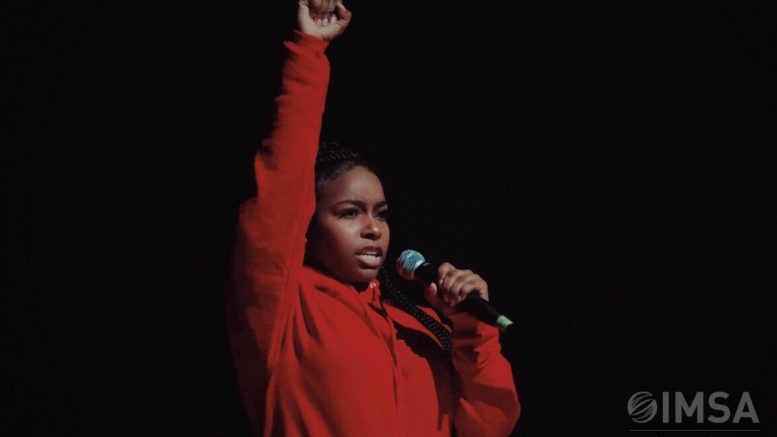 IMSA students are actively losing trust and gaining fear as a result of the latest hate crime at the residential academy which involved the lynching of a Black doll. We are walking through hallways and living with individuals who want to inflict harm on the Black community.

Legally, this incident occurring in an academic facility is an act of hateful intimidation and is severely punishable by Illinois law (according to Section 12-7.1):

“Hate crime is a Class 3 felony for a first offense and a Class 2 felony for a second or subsequent offense if committed in a school or other educational facility.”

It is imperative that, as we discuss appropriate disciplinary action in response to this event, we acknowledge the history of lynchings in America. For decades, lynchings were used to terrorize the Black community. From the period of 1882 to 1968, 4,743 American citizens were recorded lynched for the crime of being Black. The rise of lynchings was a direct result of the fear of losing the dominance of white supremacy in America. Today, lynchings are a symbol of the terror and trauma that is synonymous with the Black American experience.

What was the intent behind this incident? At best, was it meant as a joke to trigger the generational trauma held by Black students? At worst, was it the proclamation of a future act of terror to occur on this campus? While the “what if” conversation following this line of questioning may never be conclusive, what we do know is that incidents of racism and acts of hate are not new at IMSA. Some past examples include a doll with a noose around its neck inside the doorway of a Black students’ room, KKK references and confederate flag “memes” during Clash of the Halls in 2017, and the daily inappropriate use of the n-word by staff and students inside and outside of the classroom. Even more disappointingly, these past incidents were swept under the rug and accompanied by minimal punishment by IMSA administration. Time and time again, administration officials at IMSA have failed to handle hate crime incidents at the same degree as they do others.

As President of the Black Student Union at IMSA, I cannot, in good conscience, allow this cycle of neglect for issues directly impacting IMSA’s Black community to continue unchallenged. As a Black student, I feel the pain that this incident has caused. So, our focus must now turn to how we must move forward. IMSA needs to develop a clear course of action for individuals who commit hate crimes based on religion, sexuality, race, gender, and/or ethnicity. Without this in place, students will continue to disrupt the community at IMSA because they have confidence that, based on past situations, there will be minimal consequences for their actions.

Regarding this specific incident, the closure of 1508 should be used as an opportunity to reposition the security cameras so that there is comprehensive surveillance to prevent any further issues. It is unlikely that people who are hateful enough to lynch a doll will be impacted by a simple conversation or a 10-day suspension. Individuals who inflict fear are making this community unsafe and should not have a place at IMSA.

Much of the IMSA community will not be truly satisfied until there is a sufficient level of discipline for the student(s) responsible for this hate crime. There should be zero tolerance for hate crimes of any kind, especially at an academic facility. The neglect and lack of advocacy that the Black community has experienced at the Illinois Mathematics and Science Academy will no longer be normalized or tolerated.