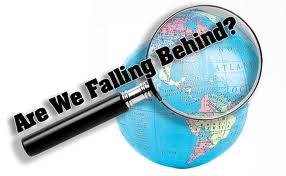 In a recent  WEF Global Competitiveness report, the lack of attention to many of America’s key infrastructure systems such as the transportation are cause for worry. Neglect and lack of funding from the government have led to tragedies such as the I-95 bridge collapse. Without immediate attention, America’s transportation avenues will no longer be a boon to the country, rather a nightmare of broken paths.  This situation applies not only to the the transportation system of the United States, but also to  other sectors of America’s infrastructure.

As one of the most obvious problems, roads may seem an item that should be on top of the U.S.’ to-do list, but in need of an even more urgent solution are the telecommunications and water delivery systems of the United States. Of the 245,000 water main breaks each year,  nearly 75% of the pipes were over 100 years old. A major break or blockage in a large city such as New York could lead to widespread panic as well as deaths. Situations like this are especially possible with the telecommunications and energy grid. If a major solar flare were to impact Earth, the effects could be devastating on the grid, crippling a large portion of the United States’ energy and communications systems. If a flare knocked out multiple transformers in a city grid it could take up to 72 hours to rectify the situation. Most food that needs to be refrigerated would go bad in this time. Water pressure could be lost in towns and cities. Gas pumps would no longer function. In scenarios such as these, it is crucial that there are backup systems that can be relied on in the event of an emergency, but just as with the transportation system, all the current government can do is patch the problems, and pray that they don’t come back.

Moving on to the education system of the United States, the WEF Global Competitiveness Report states that the U.S. is ranked as #38 in primary education and #28 in its overall education system. This can be attributed not only to the large reduction in spending from before the financial crisis, but also to the overcrowding of educational institutions and loss of teachers in recent years. In addition to all of this, the lack of jobs after finishing higher education only compounds the issues. With all of these factors, its no surprise that we are doing so poorly in the education sector. In addition, the necessity for STEM education has never been higher in a country that does little or nothing to push such initiatives.The combination of economic downturns and poor decision making have led to the slow loss of ground against other countries in this field.

In the end though, the resources to make such an immediate and immense overhaul to the US infrastructure simply do not exist, although legislation can be passed that will ensure improvement. To become something greater, the U.S. must at the very least be able to match other top competitors on the world stage, which at the moment is becoming more and more unlikely.

Be the first to comment on "The United States and The Rest of The World- Where Did We Fall Behind?"