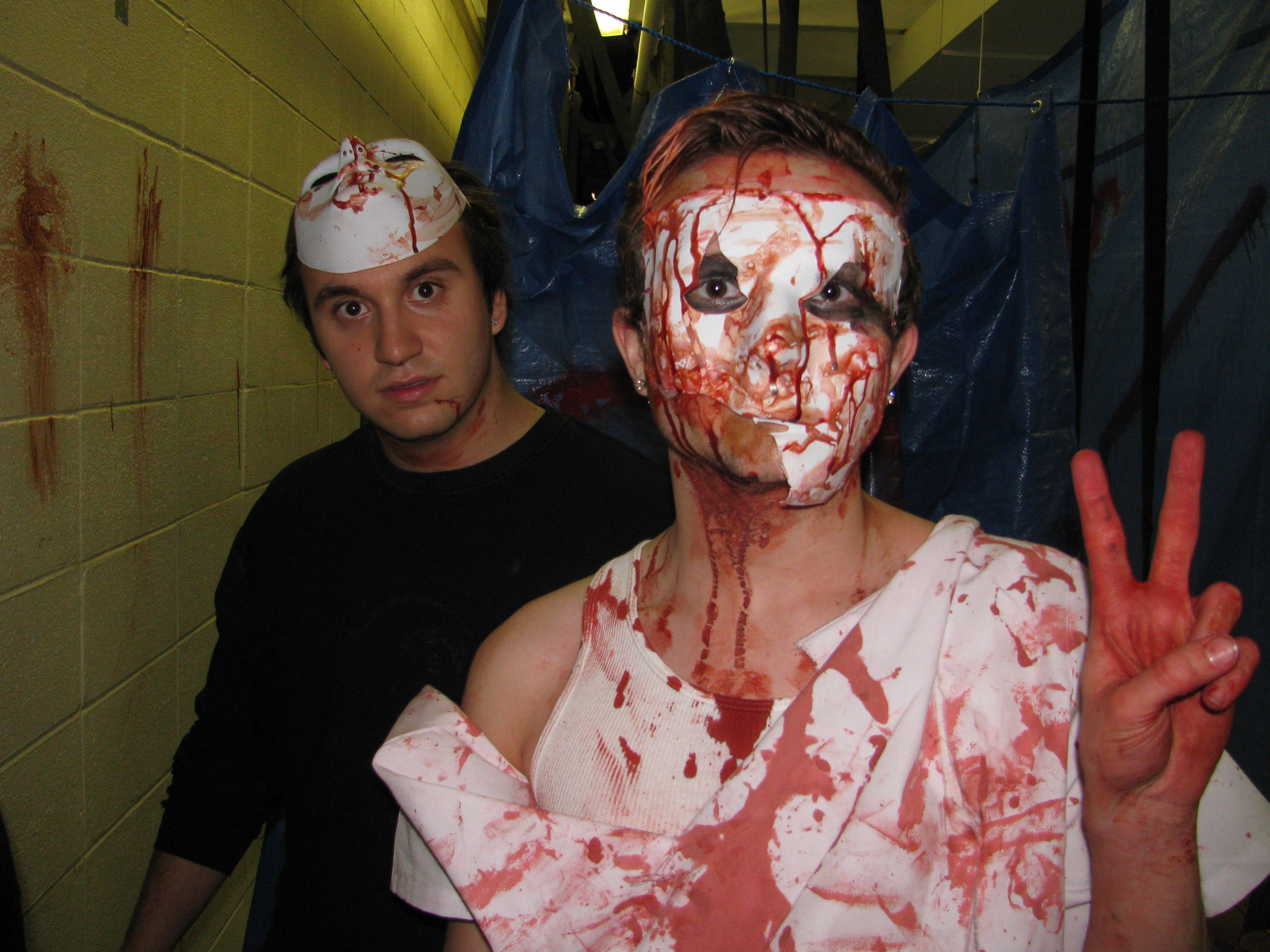 IMSA campus buzzed with excitement last Friday night, despite the freezing temperatures. 1507 hosted its annual Haunted Locker room while the Residential Hall Association (RHA) took over the rest of the main gym with Falloween geared to bring Halloween spirit to campus.

Last year, due to the fire alarm dilemma, 1507’s traditional Halloween events were cancelled. However, they returned back this year in spectacular fashion; the line for a good scare stretched from one end of the main gym to the other. The hall truly came together to haunt the locker room, with strobe lights, plastic weapons, fake blood, impressive makeup, and even a broken TV. Every “station” sent the group running out with screams and racing hearts. “You know they’re your friends so you think they’re going to spook you out a little bit and then stop, but they just kept creeping closer until you screamed and ran away,” says a girl as she fled the Haunted Locker. Archit Potharazu of 1507 says that “it was so much fun,” even though they “lost [their] voices after the second round.” Ultimately, the Haunted Locker would not have been possible without the generous donations 1507 received.

But the fun didn’t stop there. The main gym held the annual Falloween, an event filled with fall activities and food. Beside the line to the Haunted Locker was a bingo table where students could win homemade Halloween cupcakes. Another table was covered with fall-themed candy, snacks, and drinks. The crafts table provided students the chance to decorate masks and pumpkins. Representatives from each hall also decorated a pumpkin which were displayed next to the crafts table. Outside the gym, everyone gathered around the bonfire to roast s’mores.

SMAC had planned to host a coffeehouse near the 1505 slabs, but with the inclement weather and lack of indoor space, they had to cancel the event and reschedule, the new date to be determined. The board has released updates on Facebook with an apology for the unfortunate occurrence and a thanks to all the performers who volunteered.

If you didn’t get the chance to come this weekend, don’t worry. Although Falloween has passed, Halloween is still up ahead. Be sure to participate in the annual Halloween costume contest and enjoy the Mentalist show hosted by CAB on Thursday, October 31.

Be the first to comment on "Falloween and Haunted Locker!"