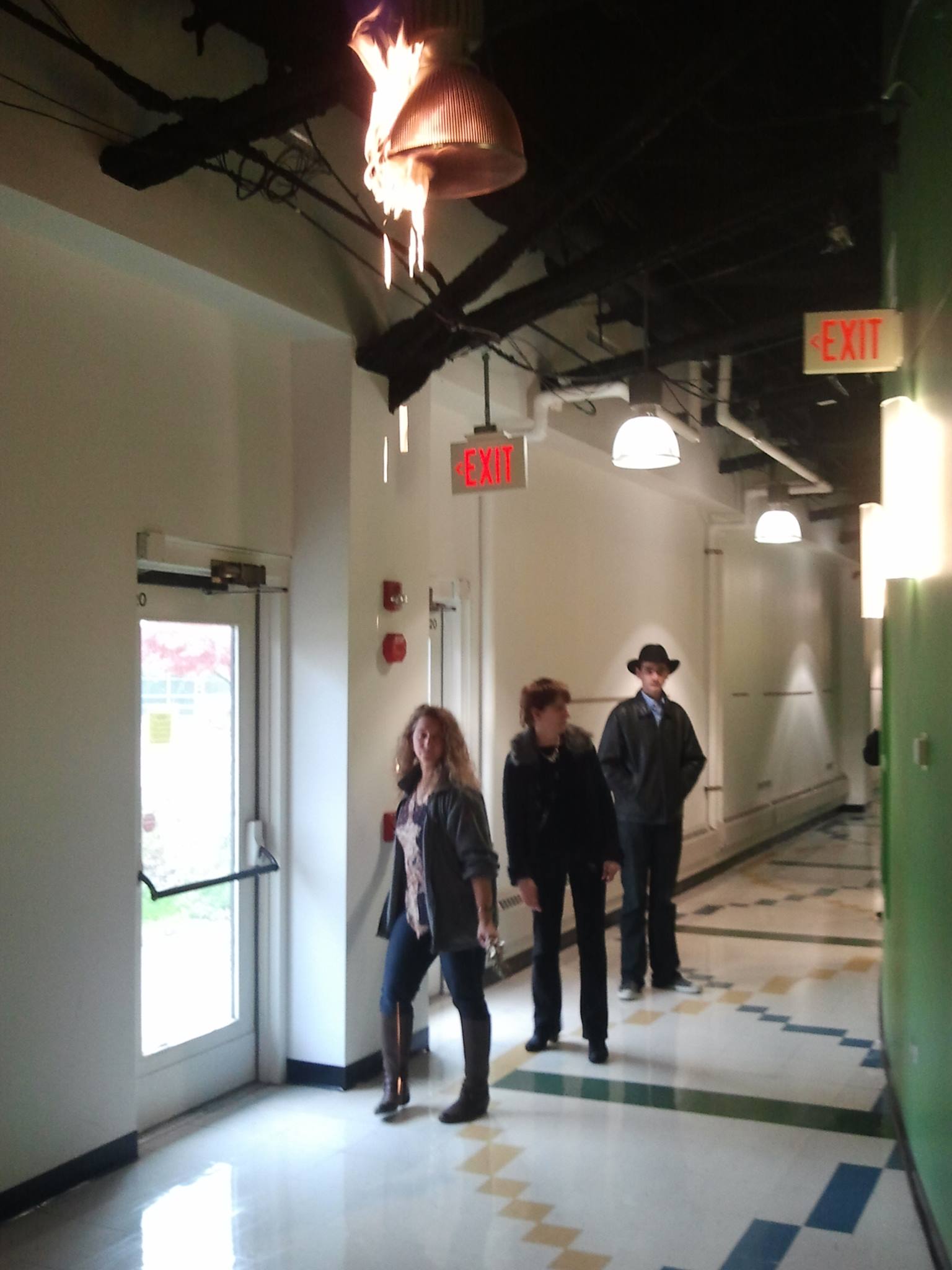 The aftermath of the fire in the DNA Hallway

At approximately 3:30PM on Thursday, the fire alarm rang throughout the main building. Faculty and students evacuated: the latter torn between the wonderful, shortened class period and the biting winter weather. After about 15 minutes, faculty was informed that a fire had broken out in the building and that students were to return to their halls, leaving everything in the main building until the fire was subdued.

There was much speculation about what could have happened and what was going to happen. Did the building get damaged? Was school going to be cancelled because of a “fire day”? Though only a few minutes later, at around 4:05, the intercom sounded and Principal Branson Lawrence declared that students and faculty could return to the school to retrieve their belongings. While some students were excited to reclaim their things, others were disappointed by the fact that they were no longer free from the burden of work that their backpacks returned.

The fire was attributed to an electrical malfunction in an overhead light in the Lederman Science Wing for Creative Inquiry (colloquially known as the DNA hallway) that sparked a fire. Chemistry teacher Dr. DeVol and security member Jim Read put out the meager flame with fire extinguishers and the fire department arrived shortly and secured the scene. In the end, no one was injured in the incident and the fire did not become a significant issue.

Faculty members surrounding the scene refused to explain to the Acronym what had happened. The academy has since released an official statement regarding the incident.

[Valentine’s Edition] A Step-by-Step Guide: Getting a Date for the Obsessed

Tornados leave their mark on the Midwest

Be the first to comment on "An Alarming Fire"