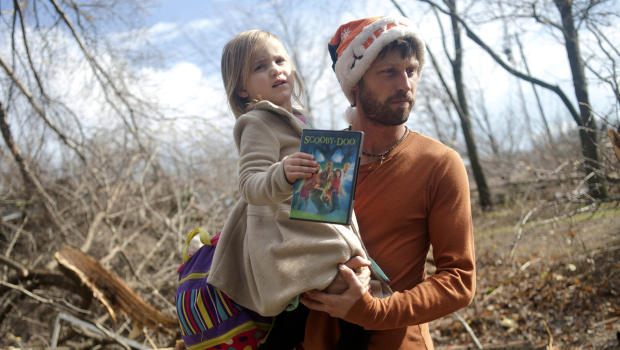 Just last week, we had our first snow of the year- a joy to many, a  disappointment to some. Just as we resigned to winter, the weather warmed up again, but this time it was for the worst. On Sunday the 17th, over fifty powerful twisters ripped through many Midwestern towns and cities, leaving at least five people dead. In the fairly small town of Washington, Ill., one resident described the aftermath:  “There is nothing left. Everything is gone.” As one of the most affected towns, Washington was literally cut into pieces by the twister as it ripped its way from one end of the town to the other.  “The whole neighborhood’s gone. The wall of my fireplace is all that is left of my house,” said Michael Perdun of Washington, Ill. He said his neighborhood was wiped out in a matter of seconds. The intense storm system pushed through many states including Illinois, Indiana, Iowa, Michigan, Missouri, Ohio and Wisconsin.

Extensive damage was also reported in Pekin, Peoria and Coal City, among many others. As of Sunday evening, power lines were still down in many areas as well, leaving up to 89,000 people without power for the night in the suburbs of Chicago alone. The storm system will continue to push its way North-East, but will lessen in intensity as it goes along. To all those at IMSA affected by the crises that have occurred over the past few weeks, the Acronym wishes you all a speedy recovery.

The following images may be disturbing to some people: A family overlooks the aftermath after an F4 tornado ripped through their neighborhood. Provided by Dylan Stableford, Yahoo News A user named Spaded_Sweetheart posted this picture to reddit, with the text “Tornado Update. Reddit, It’s all gone…” This is the scene of destruction seen in Washington IL. A view as seen down a street. There used to be  8 houses on this very street before the tornado hit. Source: reddit.com The result of the twister as it ripped through towns: cars overturned and mangled, overshadowed by destruction. Source: reddit.com