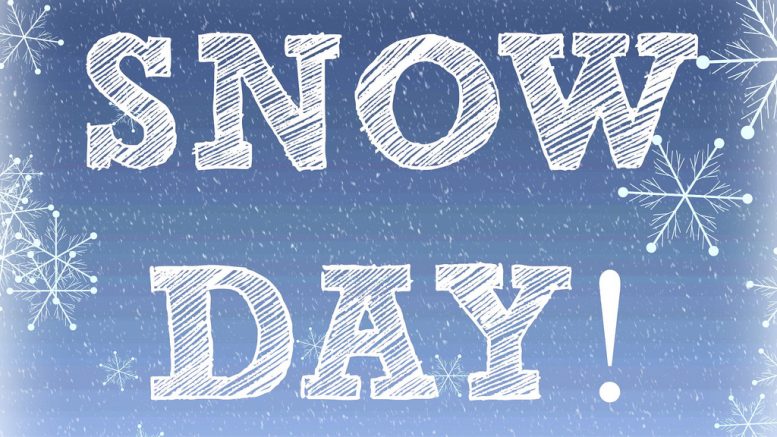 Sohil and I were coming back from our extended breaks on the downstate bus when we noticed a sudden shift in the atmosphere. There was a tremor of excitement from some of the kids in the back but nothing important enough to get us out of our perfectly crafted sleeping positions of using each other as pillows. Yet, as we started to drift off, we heard someone scream, “WE MIGHT HAVE A SNOW DAY TOMORROW!”

Snow day, AKA the two most beautiful words in the English language. That got us out of our grogginess, and we immediately sat up and looked at each other.

“Bro, remember last year! This looks like even worse than then. We have to get a day off for this.”

I immediately warned him, “Sigh…Sohil you innocent, innocent man. Don’t get your hopes up. It’ll only make it more painful when we do end up having school. It’s like German when we were told that Frau wasn’t here in the morning and then she came back in the afternoon for our class. Wasn’t that the most depressing day of the year? Don’t let that happen this time.”

We had safely made it back to school but we were quarantined within our hall, maybe a blessing in disguise because of the 04 potluck that day. All talk of having the day off on Monday was halted for a brief moment as we stuffed our faces with anything that looked edible.

But then like a chamber choir immediately being cued to play, all our phones rang and we were told that we would have a late start the next day. I immediately ran back to my quad to find my three mates also on the phone. I had lost all hope that we would have a snow day the next day, thinking that this is as far IMSA would go. However, Kaushal, like a knight in shining armor raised my spirits once again by saying, “This is what happened last year remember? They told us we had a late start but then we found out in the morning that we didn’t have school. After all, literally every other school in the area is closed. Why would they not close ours too?”

I would find out the next morning how wrong that statement would turn out to be.

Our hex was happily playing Disney Princesses on the Wii U in our newly senior arranged room, when everything turned dark. “Parfaitttttt,” yelled Daniel as this seemed to further the case why we shouldn’t have school the next day.

What was not “parfait” however, was that I now had to take a shower in the dark. Using the innovative skills that the academy taught me, I used my iPhone flashlight to make the bathroom bright enough to find my way around.

That shower in the dark actually got me thinking. With the water beating down on me, and not being able to sing my usual Justin Bieber because my roommate was sleeping, I began to wonder if IMSA would actually be willing to shut down like they did last year. The circumstances seemed worse than last year which made me believe that they would. But somewhere in the back of my mind, I had a feeling I would be disappointed. I ignored that feeling and put off some of my work with the intention of doing it the next day.

Beep beep beep beeeeep beeeep. I was the only one awake in the quad and I thought my life was over. I thought a bomb was about to go off but then I realized that it was just the PTAC unit trying to kill me. I was getting ready for bed, but how could I with this rogue PTAC unit? I tried to block out the sound with my headphones and didn’t worry too much about my sleep since I would be able to wake up late.

Well there goes that fantasy.