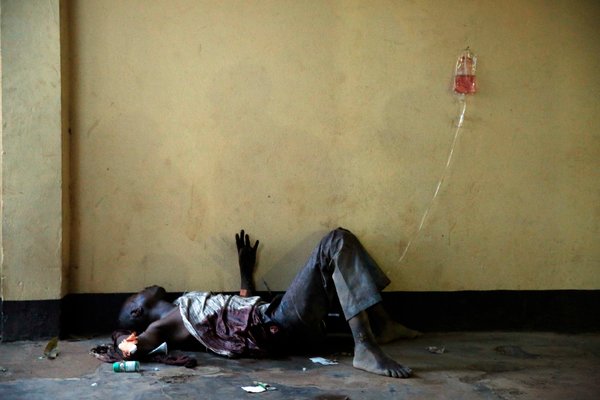 Over the past week, sectarian fighting in the Central African Republic has escalated to a war over religion, resulting in nearly 500 deaths since December 5th.

Fear of genocide has led the Pentagon to send African and European peacekeepers to Bangui. Last week, the president of France ordered  1,600 French soldiers to the Republic. The force will serve to disarm Christian and Muslim militias, protect French authorities, and to forestall any run-up to a civil war. Angered with the presence of the Seleka, a group of Muslim rebels,  in the government, Christian vigilante groups have burned mosques in order to fight back, destroyed homes of Muslims and even stoned to death those who were under the slightest suspicion of associating with the Seleka. The United Nations High Committee on Refugees said an estimated 100,000 people have fled their homes in Bangui in the past week and a total of half a million people have been internally displaced.

CAR is surrounded by struggling countries of similar conflicts, afflicted by poverty and discrimination based on religion, race and sex. Surrounding regions like South Sudan, Sudan’s Darfur region, the Democratic Republic of Congo and Chad lack stability. Undoubtedly, trouble in CAR will not remain there but rather spread to other regions causing mass murder and segregation of the Christian majority from the Muslim minority. Additionally, the CAR is also believed to be one of the hideouts of Joseph Kony, who has abducted children  for soldiers and sex slaves. The United States sent special forces to the region last year to help hunt down Kony, the brutal leader of the Lord Resistance Army but so far without success. Genocide would not only plunge the region into instability; it could hinder peace troops’ involvement in the Kony mission.

Discrimination on the basis of religion has led the Central African Republic to the verge of genocide  between people who used to live together without conflicts of this gravity.

Microsoft vs. Apple: The Big Two