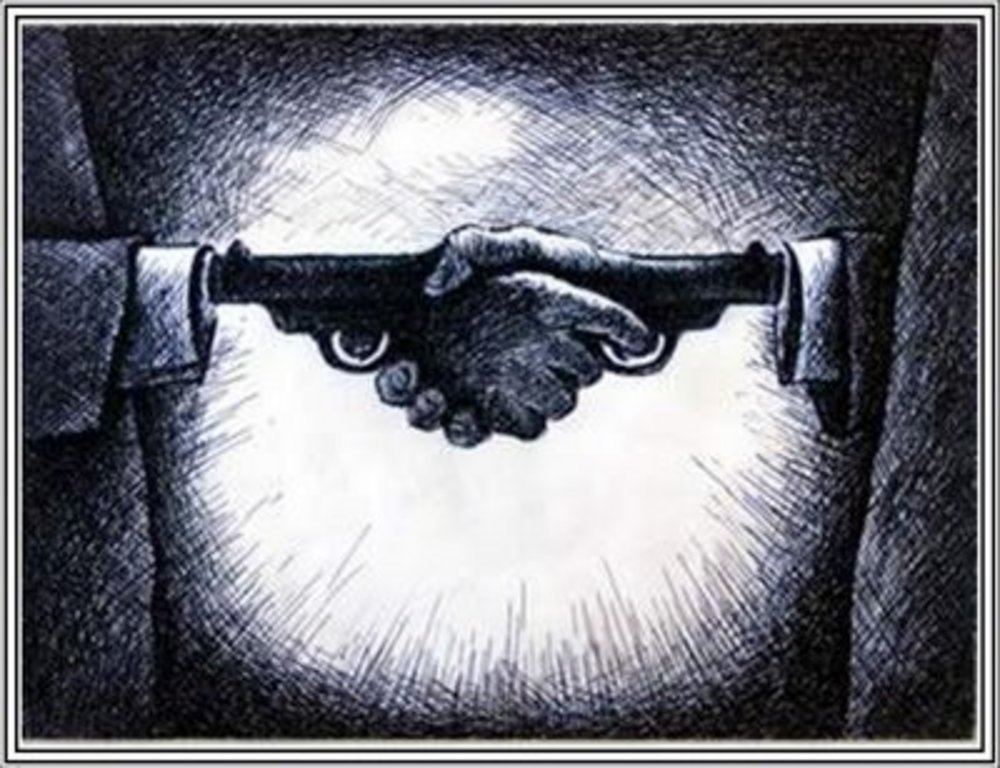 I’m not writing this under a blinding pretense of political correctness, but rather to communicate a view that needs to be addressed. War is not only inevitable in the future, but also necessary to the advancement of human civilization. This is not to say, however, that war is morally good; one may argue that war is one of the principal human evils, but a necessary evil nonetheless.

Perhaps the most obvious example of the necessity of international conflict lies in the present situation of the United States and its foreign policy. Next to oil and electricity, the most prominent American industry is  arms manufacturing. The top gun, tank, fighter jet, and drone technologies have been dominated by the United States for more than half a century. A large percentage of the world’s governments, according to  accounts provided by the New York Times, regularly depend on the American arms industry for their military technologies. Therefore, should armed conflict around the world stop entirely, there would be no incentive for nations to purchase or make developments to their military capabilities. Complete world peace is simply unfeasible, as one of the most prominent international markets depends on it.

However, not only will industries feel the impact of complete peace, but nations will also suffer from an elimination of armed conflict. Even though peaceful methods may prove fruitful at times, war is often a mechanism for successful revolution within nations. Even in the 21st century, much of the world’s population lives under oppressive governments that limit the rights of their citizens. Many of these states are characterized by slews of human rights violations against their own people. As individuals around the world are better educated and informed about the benefits of regime changes, they begin to realize that, in order to bring about greater societal progress and reform, wars against their oppressors suddenly become a principal necessity. If complete peace prevailed around the world, many individuals will be left  without an efficient method to bring about an end to internal oppression within their states.

Furthermore, the complete elimination of all armed conflict goes directly against the principles that govern human nature. We, as sentient beings, constantly feel the need to exert our own dominance over others – sometimes through more peaceful means, but more often through violent means. Just as crime will be an inevitable part of society as long as humans continue to walk this Earth, wars will be an unavoidable part of international relations, as states are ultimately commanded by human heads of government.

So instead of wasting time dabbling into the creation of total world peace, let’s begin a new discussion – a conversation about how individual nations, as well as the international community, may utilize the weapons in their current possession in the most efficient way possible. War, and conflict in general, may carry a negative connotation, but it is time that we stop fussing over what sounds good, and start focusing on what is most truthful and logical.

Be the first to comment on "Is World Peace Truly Attainable?"