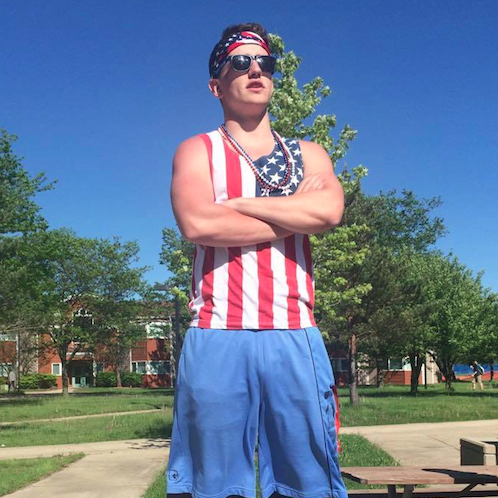 We will be continuing our week-long series of Senior Speaks. Here is Braden Lauder’s article on being gracious for IMSA’s rules.

IMSA draws a lot of criticism from my friends because of the extensive rules that they like to impose. While some of this criticism is well-founded and justified, I would like to argue that the majority of it is really just our whining about the situation because we don’t fully understand it. In short, we should be thankful for the rules that IMSA requires us to follow. We should be thankful that the institution that we call our home cares enough about us to keep such a careful eye on us.

As for in-room, I shouldn’t really have to explain why we need it. The RCs have to go to sleep at some point, and we all know that we stay up later than most of them. In-room allows them to know that we are safe in our own rooms when we are supposed to be. Without that rule, it could be 2:00 a.m. and I could still potentially have sixteen other people in my room behaving irresponsibly! I, for one, am thankful that in-room prevents this. The food-ordering policy is another that exists solely for the purpose of protecting students. The RCs on duty need to be made aware of everybody entering the building in case of an emergency. For example, we’ve all had one or two sketchy Sarpino’s delivery guys show up high with our pizza. What if instead of pizza, he was delivering weed? Wouldn’t you want the RCs to know about that? What if Jimmy Johns shows up with a gun and takes a poor little sophomore hostage? We should all be thankful that IMSA wants to keep us safe from the scum of society: delivery staff.

There is a time in some articles where the author takes a moment to get personal, and here’s where I’m going to do that by telling a story about me and my roommate. We recently had a lapse in judgment and forgot to sign out before we walked to Starbucks. Anything could have happened to us while we were off-campus without permission: kidnapping, murder, or even a terrorist attack. Thankfully, however, IMSA employs a wonderful staff that cares deeply about every one of its students. They care so much, in fact, that these staff members know off the top of their heads which privileges every one of its 650 students have. A certain staff member was aware that we didn’t have the privilege of walking to Starbucks because we didn’t complete our 200 hours of mandatory community service yet. This staff member cared so much that they drove by us, noting that we did not have Starbucks privileges, checked the IMSA cameras to verify that it was us that had left campus, and then called our RC office to check if we had signed out. Just after sitting down at Starbucks, our phones rang and we were told to come back. We were so thankful that they were protecting us so vigilantly that we went back right away and thanked our RC, in person. Then they suspended us for three days so we couldn’t misbehave any more, but I was just thankful they didn’t expel us. Clearly, this is a staff that cares about its students so much that it’s heartwarming. I definitely learned my lesson and will never forget to sign out again. Even when I go to college I will let someone know every time I leave campus.

IMSA has rules on all sorts of things to protect us, not just in residential life. For example, the major changes they introduced this year were drafted by administrators who had student safety at the forefront of their minds. Last year, when the halls were open during the day, I failed every single one of my classes because of attendance. For some reason, I couldn’t just control myself; I had to go back to my room and nap for hours and hours every day. Whenever I wasn’t napping, I was sneaking off-campus guests in to my room for all sorts of reasons. In fact, the only reason that they let me come back this year is because they knew I wouldn’t be able to get away with the same stuff with these new rules in place. Because of the new attendance policy, I haven’t missed a single class all year (but I have been exactly nine minutes late to every one)!

Overall, we students don’t realize how blessed we really are. I find it appalling that we think we have a leg to stand on when it comes to fighting against the rules that are there to protect us. All of us need to readjust our attitudes and show our appreciation for this. I know for a fact that some people don’t even have parents that care this much about them, so I think IMSA deserves a long-overdue “thank you.” We’ve been given a home filled with nothing but supportive staff, sensible rules, and a constructive atmosphere. Be thankful.

Seniors Speaks: The Feeling of Onwards

Seniors Speak: How to Win Clash (It’s Easier Than You Think)

Be the first to comment on "Senior Speaks: Be Thankful"