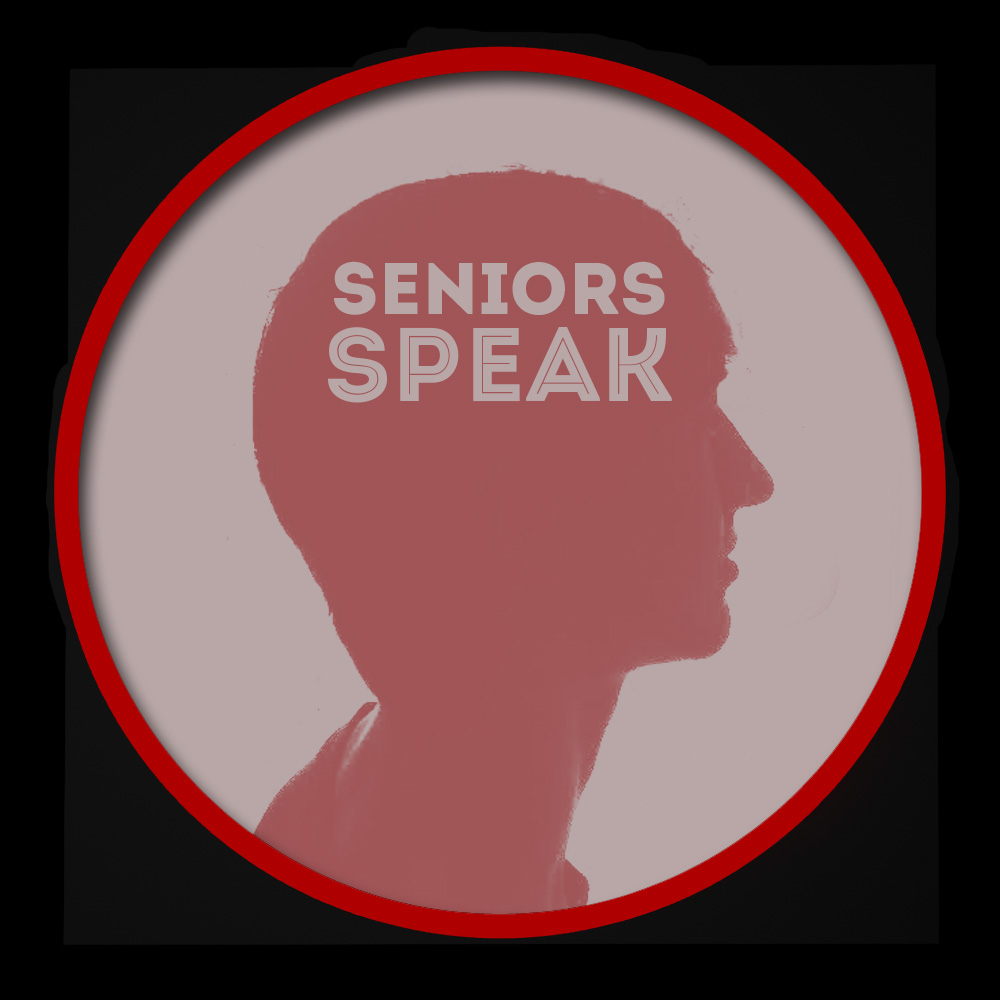 Before you read this, please know that I am not trying to demonize administration or say that they don’t care about us. While they are definitely not without blame, it is clear that they are in a very difficult situation with many different, conflicting responsibilities. To that end, I would like to reflect upon IMSA itself, as an institution. Specifically, I would like to discuss a rather striking parallel between this Academy and the students that live, eat, breath, and learn here. For us, life is a whirlwind of classes, clubs, research, friends, and sleepless nights, and as a result we are overworked and spread too thin. As I reflect upon this past year, it is painfully obvious that my performance in the classroom and in my extracurricular positions has suffered because of how much I tried to do, and many of my friends have expressed similar sentiments.

Another sentiment that I’ve heard many people express is that the education they have received at IMSA is not much better than the one they could have gotten at their home school. Personally, I have learned much more in the classroom here than I would have at my home school, but that is not the case for everyone here, especially students from Naperville and the surrounding area. This is a gruesome evaluation of what is supposed to be a safe haven for the best and brightest of the state of Illinois. According to the legislation that created IMSA, “the primary role of the Academy shall be to offer a uniquely challenging education for students talented in the areas of mathematics and science.” (http://www.ilga.gov/legislation/ilcs/ilcs3.asp?ActID=1030&ChapterID=17) Why, then, are there students who regret coming here for academic reasons? Why do we lack a strong computer science program? Why does everyone I’ve asked say that they have learned more from clubs than they have from class? Why is learning at IMSA no longer innovative?

Why isn’t our education the Academy’s first priority?

The thing is, our education is IMSA’s first priority. Unfortunately, just like so many of its students, IMSA has more than one “first” priority. Looking at the IMSA Law once again, it becomes clear that IMSA is much more than just a school. In addition to the “uniquely challenging education” that it is supposed to provide for its students, it is also meant to “stimulate further excellence in for all Illinois schools in mathematics and science,” which it does through its many outreach programs, like Kids’s Institute, SEAMS, and others, and professional development. In fact, these programs have been expanding. IMSA recently opened a new field office in Chicago and there are a record number of Kids’ Institute camps happening during the upcoming summer. Meanwhile, IMSA’s overall budget has stayed more or less the same, which means that sacrifices have to have been made in order to keep expanding. However, these outreach programs are not a bad thing. Improving education throughout Illinois is obviously good, but it still takes focus away from education within the Academy itself. I could have been a better Wing Guide if I didn’t spend so much time on JSA, but that doesn’t mean that I regret doing JSA. It just came with a cost.

The bigger problem, from what I have seen, is the Academy’s unwritten responsibility to convince the legislature that IMSA is worth the money that the state puts into it. Like any other state agency, we rely on the State for the vast majority of our funding. As a result, enormous amounts of time, effort, and resources are used to ensure that we keep getting this money. Sadly, I have often seen the need to appear worthy of funding take precedent over actually being worthy of these taxpayer dollars. I have seen administrators force students to miss class to meet with them about legislative activities. I have watched administrators worry more about concealing mental health issues, negative opinions about IMSA, and normal teenage behavior from the state than about trying to fix the problems themselves.

In fact, I have always thought that it was rather strange how IMSA seems to think of legislators as robots who just require the correct input of polite behavior and fluffy rhetoric to output funding. From talking to many different state legislators, there is one thing that they all clearly have in common: they are human beings. They are capable of considering the problems that IMSA has along with the benefits that it provides. One student letting in an off-campus guest is not going to get the Academy shut down. Students with mental health issues are not going to get the Academy shut down. Hiding issues from the state? That might be a bigger problem.

To return to the analogy, IMSA, like its students, has a lot on its plate, which has caused its ability to complete everything successfully to suffer. An administration with divided attention cannot continue to innovate or effectively work together towards one end. For instance, IMSA has been espousing Problem-Based Learning and similar inquiry-based pedagogies since it was founded (http://digitalcommons.imsa.edu/cgi/viewcontent.cgi?article=1002&context=imsa_history). While that may have been very innovative twenty years ago, the education world has already caught up with us. In addition, IMSA has strayed away from these “unique” teaching styles. I have yet to come across any true problem-based learning teaching methods during my time here, and almost no new educational “experiments” have been carried out except for the disaster that was self-paced SI Physics. Another area in which IMSA used to claim to be innovative was the integration of technology and education. Once again, our innovation has stalled. While it’s true that more of our work is done on computers, IMSA simply does not use technology in effective and different ways to enhance learning. Using computers to do work is not the same as using their unique capabilities to enhance the educational experience. Additionally, my middle school used SmartBoards infinitely more four years ago than IMSA does now.

If it seems like I’m being harsh, good. I am glad that I came to IMSA and there are many things that I will miss after I graduate, but there are also many reasons why I can’t wait to get out of here. Again, just like its students, IMSA does many, many wonderful things, but it is capable of so much more. While $20 million may seem like a lot, it isn’t much compared to what some other institutions receive from the state and only accounts for around 0.1% of the total state budget. With limited resources, the Academy can only do so much. It has to convince the legislature that it is worth the money and it has to continue to conduct outreach programs. Therein lies a key difference between IMSA and its students; the extra things that we choose to do are optional. Unfortunately, IMSA does not have that kind of flexibility. If it wants to be a prestigious learning laboratory, it needs to put more money, time, and effort into students’ education. Either this can come from other programs or the state legislators can follow through with the promise that they made in the IMSA Law, “to provide excellence in mathematics and science education.”

Senior Speaks: Behind the Scenes

Seniors Speak: The Most Confusing Emotion

Be the first to comment on "[Seniors Speak] Spreading Too Thin"