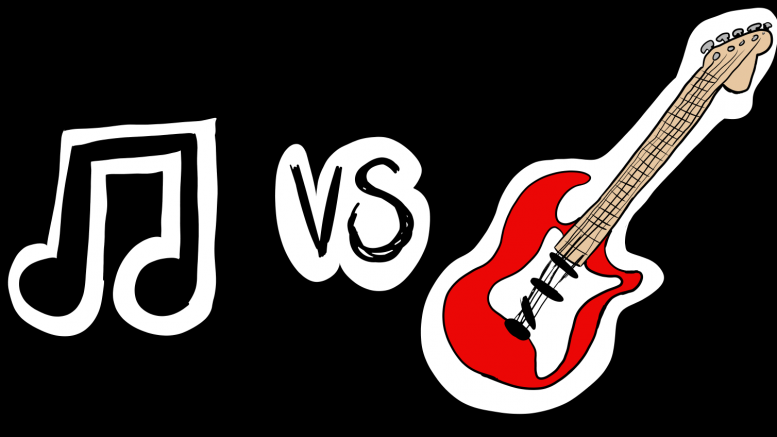 A guitar or a set of eighth notes- which would you prefer?(Image by Mara Adams)

A pressing problem for IMSA has recently been uncovered in the nameplates on the doors of students’ rooms. These nameplates follow the theme of each wing, and are generally different for each roommate.

Not all nameplates are created equal, however. In one wing, the nameplates include a guitar for one roommate and two eighth notes for the other one. Farther down the hall, Minnie and Mickey Mouse make up nameplates. Mickey’s relative popularity makes Minnie pale in comparison. In another wing, dresses and purses create an unequal footing between the superbly designed dresses and the smaller, inferior purses.

The nameplates seem inconsequential, but recently, reports have come flooding in about the unequal dichotomy it creates between roommates. One student, who wishes to remain anonymous due to her roommate’s potential wrath, says, “As soon as I saw my nameplate, I was filled with a feeling of inferiority. Ever since, my roommate has decided everything, with no say from me – when we sleep, what music we play, who cleans the room, and more. Whenever I try to argue, I remember the nameplate and curl up in shame instead.”

This view is not universal, however. Another student has a different opinion. “I don’t see what the big deal is,” he says, “my RC knew both of us beforehand, and so gave us nameplates to match.”

When asked him about any follow-up plans, Smith replied that he was in the process of conducting a long-term study on the impact of nameplates on college performance. He leaned in, eyes serious: “Between scientist and journalist here, it just doesn’t look good for the inferior nameplated students.”

Students were eager to share their own thoughts on the findings, as well. “I know that it would be too hard to make nameplates equal all across campus,” said one student. “All I’m asking is for nameplate equality to at least be shared between roommates – then, maybe, I could convince my roommate to stop taking 45-minute long showers.”

True nameplate equality is a far-off dream, but every dream turned reality starts with small steps. I plead with my readers: talk to your RC about getting your nameplates changed if you feel they’re unfair. If we don’t get this issue fixed, I fear that IMSA will soon turn student against student, friend against friend, and worst of all, roommate against roommate.

Be the first to comment on "Nameplate Inequality: An Urgent New Problem for IMSA"