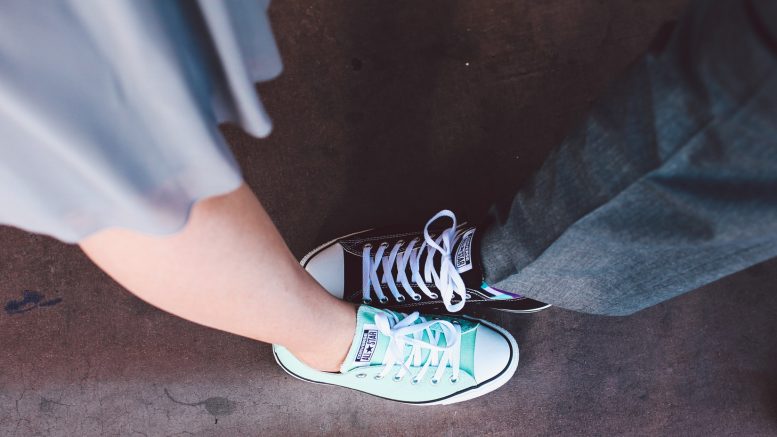 Earlier this year, IMSA alumnus James Damore published “Google’s Ideological Echo Chamber,” a wildly contentious essay on gender differences. Damore’s Google memo ignited a nationwide conversation on gender disparities in STEM fields and why they exist. What happens when we apply this discussion to IMSA, our favorite math and science high school?

IMSA students are lucky to have a vast selection of classes to choose from. Take a look at how each course’s average male enrollment per semester compares to its average female enrollment. While Engineering, Modern Theater, Band, and required courses have nearly equal numbers of male and female students, many other courses have significant gender imbalances. Interestingly, every famously difficult STEM class is dominated by male students. Over the past 6 school years, there have been 2.5 boys for every girl in Modern Physics, Calculus-Based Physics, and Multivariable Calculus; 4 boys for every girl in Computational Science and Introduction to Algebraic Structures; and 10 boys for every girl in Theory of Analysis. Female-heavy STEM courses are either biology electives or classes like AB Calculus (2.5 girls for every boy) and Computational Thinking (1.8 girls for every boy), which are less rigorous and often taken by students less comfortable with math and computer science.

Visit https://plot.ly/~lliu12/34 if the above chart doesn’t work. Developed by Lucy Liu. This graph is interactive! Mouse over points to learn more about them, double click legend entries to isolate them, and drag over an area you’re interested in to zoom-in on it.

It may be tempting to conclude that IMSA deters girls from pursuing “male” fields like math, computer science, and physics, but that’s not necessarily true. Academic gender differences already exist in incoming sophomores; average male students arrive at IMSA stronger in STEM than their female counterparts. For one thing, boys place into higher-level initial math classes sophomore year: while 28% of boys test into MI 4 (Pre-Calculus) or higher, only 13% of girls do. Math placement distributions vary slightly from year to year, but the general trend is that lower-level math classes are female-heavy and higher-level ones are male heavy.

Visit https://plot.ly/~lliu12/50 if the above chart doesn’t work. Developed by Lucy Liu

Average grade points earned in required sophomore courses suggest that boys do better in STEM while girls do better in humanities classes.

Visit https://plot.ly/~lliu12/42 if the above chart doesn’t work. Developed by Lucy Liu

The most prominent disparity is in SI Physics, where 52% of male students earn A’s compared to only 35% of female students.

Visit https://plot.ly/~lliu12/46 if the above chart doesn’t work. Developed by Lucy Liu

Mouse over points in the plot below to compare male and female students’ average performance in each class. Again, girls tend to do slightly better in most humanities classes, while the reverse is true for science classes. However, in some of the challenging, male-dominated STEM classes observed earlier, female students actually get the higher average grade, like in Introduction to Algebraic Structures I, BC Calculus II/III (an accelerated calculus course), and Computational Science.

Visit https://plot.ly/~lliu12/48 if the above chart doesn’t work. Developed by Lucy Liu. Double click legend entries to isolate them; drag over areas to zoom in on them.

Visit https://plot.ly/~lliu12/44 if the above chart doesn’t work. Developed by Lucy Liu

It’s easy to see that academic gender differences exist at IMSA, an institution that strives for diversity and equality. Understanding why they exist, though, is much harder. Is something in the culture here influencing and encouraging these disparities? Are they any more or less prevalent at IMSA in comparison to typical high schools? Do they simply follow from trends that exist in incoming male and female students?

If male students usually start in higher math classes and perform better in introductory science classes, it makes sense that advanced math and physics courses are male-heavy. However, advanced biology and chemistry classes are female-heavy or gender-even despite boys doing better than girls in SI Chem and just as well as girls in SI Bio. Furthermore, AB Calculus is far more female-heavy than any pre-calculus math course, which means that more girls than boys who begin on track to take BC Calculus still elect not to.

Maybe the IMSA bubble doesn’t shield us from societal expectations for girls’ and boys’ interests. Maybe the question isn’t why certain students take difficult classes, but rather why certain classes are deemed difficult. Maybe the male and female IMSA applicant pools are already vastly different. Maybe the difference between male and female residential culture seeps into academics. Maybe loud, bold, and risk-taking students are mostly male, and teachers inadvertently respond to them in a way that further discourages female participation. Most likely, the academic gender disparities result from some chaotic snarl of all these things and more. In any case, investigating these differences through data is only a starting point. It’s our job to continue exploring if they result from inequity at IMSA, and if so, what we can do to address them.

Lucy is a current senior and Acronym guest writer. You can catch her in 01A downquad drinking green tea, napping, playing spades, or watering her plants.

How the Gender-Neutral Bathroom will Affect IMSA’s Transgender Community

3 Comments on "Get Schooled: Gender Disparities in IMSA Academics"