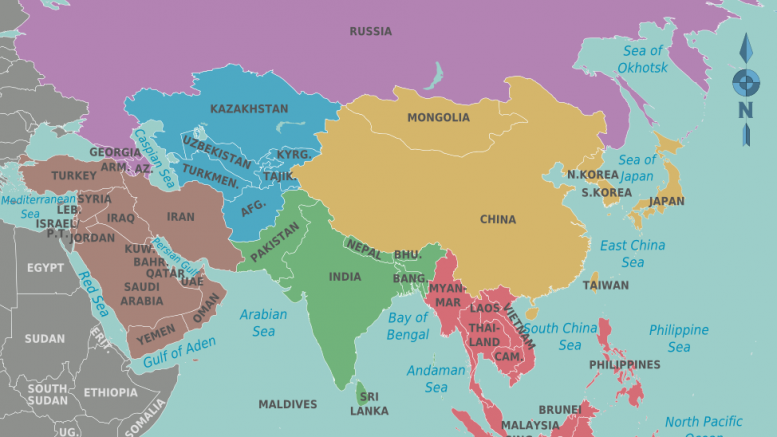 Map of the 48 countries of Asia. | Source: Wikimedia Commons

When we applied to IMSA, we checked off a box for five possible racial groups: American Indian or Alaska Native, Asian, Black or African American, Native Hawaiian or Other Pacific Islander, and White (including Middle Eastern origin).  And IMSA’s admissions policy indicates race as a factor in admissions, aiming to “ensure adequate…ethnic representation in admission decisions by approximating the diversity of the applicant pool.”  But such classifications don’t ensure true diversity.

Last week, the Indian Student Association (ISA) organized a panel of Indian students to speak about their backgrounds, religions, and cultures. The event began with a few simple questions for the panelists regarding what region of India they represent, what languages they speak, and how they stay in touch with their heritage today.

Panelist backgrounds ranged from the Gujarati to Marathi regions, spoke languages from Bengali to Punjabi, and identified with religions from Hinduism and Sikhism to Islam and Christianity.  The recurring theme throughout the event was the great diversity of thoughts and ideas present in just one country: India.

The problem is clear: all of the panelists at the GA, despite their vastly differing backgrounds, would be lumped into a single category of “Indian.” If there is such diversity within a single Asian country, how can the generic “Asian” designation suffice for the entire continent?

So why do we brand people by race?  Is it supposed to maintain the diversity that IMSA prides itself on?  As evident from the GA, this is a deeply flawed measure of true diversity.  Despite hailing from a single country, each panelist is an amalgamation of their unique religion, life experiences, cultural connectedness, dialect, and personality.  Racial labels devalue the worth of an individual.

One could argue that racial identification is just a harmless label, a mechanism to help identify students.  But the harmful connotations that come with racial labels outweigh any benefits that racial identification might entail – categorizing by race assumes that those of the same race are identical, an assumption that is far from the truth. How can people from 48 different countries across the Asian continent all be the same?

So, why do we seek racial diversity when what we are really looking for is diversity in thoughts and ideas? Native tongues like Mandarin, Malay, Hindi, and Telugu; religions such as Christianity, Hinduism, Islam, and Sikhism; classes like Brahmins, Kshatriyas, Vaishyas, and Shudras — all of these diverse backstories are lumped together as “Asian.”

A single checkbox cannot describe what makes a person unique.  When we stereotype someone as “Asian” or “Chinese” or “Indian,” we eliminate their individuality. We assume that all members of any racial group are carbon copies of each other, a stereotype.  But despite coming from the same country, despite all checking off the same “Asian” box on the application, every ISA panelist was a fount of unique ideas and viewpoints.

There lies the fundamental flaw of classifying people on race.  We are not prisoners of our exterior appearance.  Labels evoke a set of monolithic characteristics that are applied to an ethnic group at large, blinding us to the diversity in each individual’s unique character.

Be the first to comment on "A Case of Mislabeling: ISA’s Cultural Education GA"