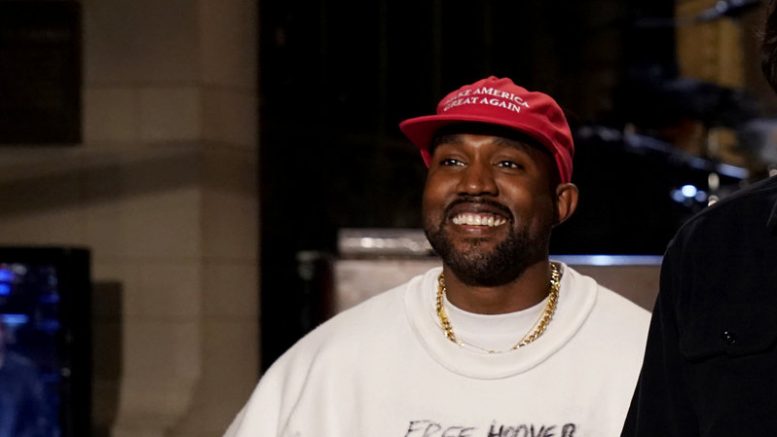 If you’re on Twitter or Instagram, you may have noticed a resurgence of Kanye West posts. Although it might seem that Kanye has chosen to make random posts in support of President Trump, there are important points to be found in the confusion.

On September 29, Kanye West tweeted: “The being formally known as Kanye West. I am YE,” just before his Saturday Night Live performance. Ye has been Kanye’s nickname for years, and it’s the title of one of his latest albums. The reason for his removal of the name Kanye West may have been revealed in his new snippet of “Yandhi”, one of his newest songs. In Yandhi, Kanye sings, “I’m givin’ up my slave name,” implying that he believes changing his name will allow him to abandon his past.

That night, Kanye appeared on Saturday Night Live, where he performed three songs and gave an impromptu monologue about politics. He told the audience that if he was concerned about racism, he wouldn’t live in America. In a speech that was cut off from the on-air show, he claimed that people bullied him backstage for wearing a “Make America Great Again” hat. The choice of Saturday Night Live to screen parts of his unplanned speech irritated viewers who felt that they suppressed his freedom of speech, while other viewers felt thankful that Kanye’s rant could not continue.

The next day, on September 30, Kanye released a string of tweets. These tweets, although difficult to understand, might reveal more insights into Kanye’s opinions. He initially tweeted a photo of himself wearing his red hat, branded with Donald Trump’s election slogan, captioned, “This represents good and America becoming whole again. We will no longer outsource to other countries. We build factories here in America and create jobs. We will provide jobs for all who are free from prisons as we abolish the 13th Amendment. Message sent with love.” Other artists, including Lana Del Ray, have replied with their own thoughts on his recent actions.

At first glance, it might seem as though Kanye is calling to abolish an amendment which abolished slavery, which would support his previous claim that slavery was a choice. However, subsequent tweets reveal that Kanye might have historical context for his tweets. He stated, “The 13th Amendment is slavery in disguise, meaning it never ended. We are the solution that heals.” He also amended his initial tweet saying, “Not abolish, but let’s amend the 13th Amendment. We apply everyone’s opinions to our platform.”

By analyzing the Thirteenth Amendment – “Neither slavery nor involuntary servitude, except as a punishment for crime whereof the party shall have been duly convicted, shall exist within the United States, or any place subject to their jurisdiction” – we can gain a better understanding of Kanye’s statements.

The terms of the Thirteenth Amendment, particularly the statement that involuntary servitude is legal as punishment for crime, has resulted in a prison industrial complex which disproportionately affects people of color. The Washington Post analyzed his tweets to uncover whether they truly were about abolishing the Thirteenth Amendment or about combating the prison industrial complex.

The question remains: Are Kanye’s apparent support for Trump and his name change mere publicity stunts or sincere action? Although it seems that Kanye cares about historical context, this forceful presentation of his views distracts from the purpose behind his opinions. The publication of his opinions on multiple platforms makes him appear confused. The disjunction created when using Twitter as a platform for political opinions results in more potential misunderstandings.

Kanye’s old songs display his power as a lyricist and his ability to intertwine his art with his opinions. While his tweets lack the artistry that his music once displayed, his opinions still require analysis. Being a public figure leaves Kanye with great power. We, as consumers of media, should choose to analyze his statements carefully.

Perhaps when Kanye runs for president in two years, we’ll see a push to amend the Thirteenth Amendment. Until then, it’s your choice whether or not to follow his platform or support him as an artist.