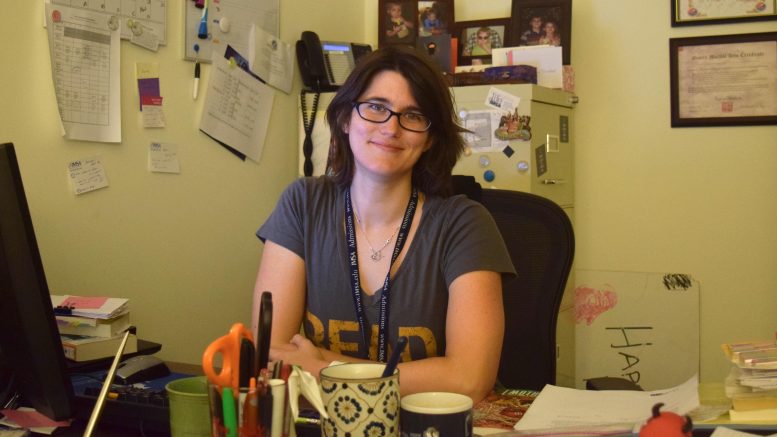 What experiences have changed your life?

“When I went into the third grade, my dad had been unemployed for a while, and my family was really poor. I didn’t fully appreciate until I was older, when we were past that point and my parents finally explained to me how bad things were, how close to the brink we were. You do things like have pancakes for dinner four nights a week, thinking it’s fun, and you don’t realize it’s because all a pancake mix needs is water and there’s nothing else you have. My dad had been unemployed for a while, and he was able to get some jobs, but they weren’t bringing in much money. So my mom, who had been a stay-at-home mom ever since my brother and I were born, decided that she was going to go back to school and get re-certified as a nurse and go out and do that.

So when I went into third grade, she suddenly went from being in my life all the time to being gone, because she was first going back to classes and then she was working graveyard shifts. Her shifts would start at three in the afternoon and then end at one in the morning. She would leave before I come back from school, and by the time I was awake in the morning, she would be asleep, so I would go literally weeks without seeing my mom at all. Even on her days off, her schedule was completely messed up, so I felt kind of weirdly orphaned by that. What ended up happening was my dad finally got a better job involving sales and a lot of traveling to people’s houses and literally pitching products in their living rooms. But there was my brother and me, we were young and small, and there was no money to pay babysitters for us. We got plunked at the back of his car and driven from place to place. We would sit in his car with the engine running while he pitched things to people.

Suddenly, books had to become really important to me, because my brother was in his own little world of his homework and his books. My mom wasn’t around, and I’m stuck here killing time for four hours a night after school every day. I had to find things to get into, and so in a weird way, this disruption that happened in my family pushed me towards finding and falling in love with stories and probably falling harder for them than I would’ve if I hadn’t been in that really vulnerable place. It was sort of funny how things that, at the time, are sort of painful and disruptive… you look back at it and you realize that they were an opportunity or a gift of some kind, because I don’t know what my life would’ve looked like if I hadn’t been driven to make those choices.”

Why did you become a teacher?

“At first, I just really wanted to become a writer. When I was in college, that was my major ambition. I wanted to *be* a writer. That was actually my major, creative writing. I discovered as I was going through these classes and workshops — reading other people’s work, talking and expanding upon their ideas and debating them — that, as much as I love writing, what I really love was getting excited about other people’s words. I started thinking to myself, “well, Tracy, what are you gonna do to feed yourself if you can’t sell your words?” Being in a workshop is like being a teacher in some sense. I realized that if my drug of choice was the excitement that I get out of seeing light bulbs go off over other people’s heads, that the fix I needed was only going to come from being a teacher.

So I became a teacher because I’m an addict of a sort. I’m an idea addict, an enthusiasm addict. This is one of the few careers that I was positive could fulfill that for me. My husband says that there are two types of people in the world; people who live to work and people who work to live. People who work to live want a certain lifestyle, certain amount of money, certain amount of comfort, and it doesn’t matter too much to them what they do, as long as they can support their family. For the people who live to work, money is secondary to them. They have to love what they do or you won’t even see them on the door on Monday. My husband is a work to live person. He would love to be passionate about his work, he’s a database engineer at a project designer for a law firm, but it doesn’t excite him, intellectually or emotionally. He’s okay with it, though, because it provides good money.

I, on the other hand, need to love what I’m doing. As soon as I don’t love what I’m doing, I’d walk off into the distance and disappear. As soon as we figured out that we’d be with each other for the long haul, that we’re getting married, I looked at [my husband] and he looked at me and he’s like “I better get a job that pays money to pay off when you just walk off into the sunset.”  In that sense, that was sort of the plan. I have the privilege of having the job that I just live, breathe, and love.”

Humans of IMSA: A Team Player

Be the first to comment on "Humans of IMSA: Tracy Townsend"