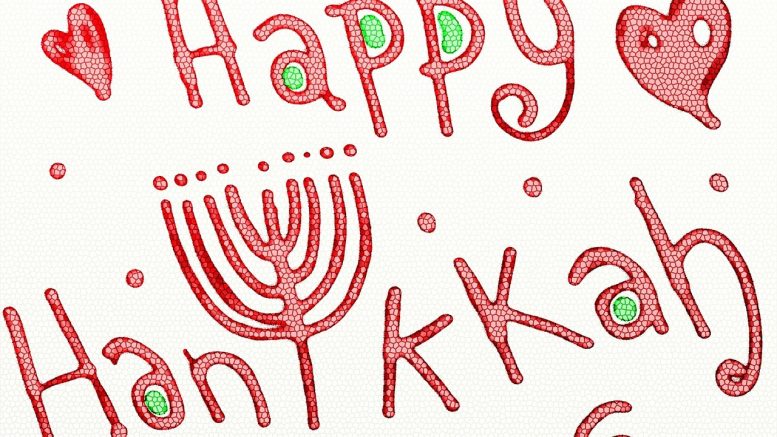 The holiday of Hanukkah began thousands of years ago. A Syrian king forbade Jews from practicing their religion in the land of Israel. He sent an army to wipe out the Jews and erected an altar for Zeus in the Second Temple, a sacred place in the religion. After a Jewish rebellion succeeded in driving the Syrians out, the Jews began to re-dedicate the Second Temple. Inside, they found only enough oil to light the menorah inside the temple for one day. Miraculously, the oil lasted for eight days, just long enough for a fresh supply to be retrieved.

Today, Hanukkah is celebrated for eight days anytime between late November and late December, as the date of its celebration is based off the Hebrew calendar instead of the Gregorian one. This year, Hanukkah began on December 2nd, and Hatikvah, IMSA’s Jewish culture club, hosted a Hanukkah party on December 4th. Hatikvah first introduced its guests to a common betting game involving dreidels, a four-sided spinning top with ancient religious origins that is now used in a similar manner as dice. The side the dreidel lands on determines if you take all the money or lose it, or something in between.

The best part, however, was the food. Latkes, or potato pancakes, were served with applesauce and sour cream. Besides that, there were jelly donuts and a cinnamon noodle dish called kugel. All of the items offered students a refreshing change of pace. The line was long, and the food ran out halfway through the event, evidencing to the appeal of Jewish cuisine to IMSA students.

Hatikvah’s first Hanukkah party was an outstanding success, and we hope to see it become bigger and better next year.

The Odd, Complicated, and Surprising Origins of Canadian Thanksgiving

Be the first to comment on "Hatikvah’s Hanukkah Party: A Recounting"