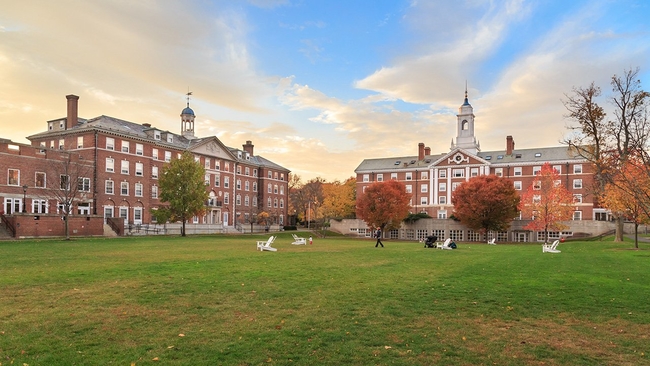 For centuries, parents have told their children to be good all the time, even if no one is watching.  Children respond, reasonably enough, by asking, “Why?” There are plenty of good answers to this question, but one day someone seized on the idea of a fat man at the North Pole spying on them with elves, thus encouraging good behavior for the sake of receiving presents at Christmas time. Rather than deal with the complexities of the necessity of ethical behavior, they tell a lie to get their children to behave.

Unfortunately, children discover the truth about Santa Claus well before high school, forcing parents to answer a second, more difficult question: “Why should I do my homework?”  The actual answer has to do with habits of mind, education, and the value of hard work, but parents and teachers discovered it was much easier to give a simple lie: “So you can go to a good college.”  Thus college admission became a twenty-first century Santa Claus: mysterious, unseen, holding out a vague promise of reward that is never actually fulfilled.

Sadly, that lie has been perpetuated for so long that today’s adults still believe it.  Getting into a good college has become the goal of all study, the holy grail of education, the ultimate accomplishment of a teenager, or perhaps of a lifetime. For many students, a good college is not a gateway to a better life; it is an end in itself, a goal to be pursued for its own sake.  And I think that is sad.

It’s time to wake up.  College is not a magical paradise.  It is a school like any other, except that you have to pay for it.  Going to a highly ranked college makes you neither special nor successful.  Saint Peter does not give bonus points to Ivy League graduates, and going to a state school does not condemn you to a life of indentured servitude.  A Harvard degree does not make you smart, nor guarantee you wealth (Exhibit A: my paycheck), and many people graduate from lesser-known colleges and become rich (Warren Buffett graduated from University of Nebraska) and successful (Leon Lederman graduated from the City College of New York).

But, you say, studies show that students attending top-tier colleges make more money than other students! They must be doing something right! This is roughly equivalent to saying that going to IMSA increases SAT scores—IMSA selects students with high SAT scores to begin with, so of course, it has high scores.  Top-tier colleges get to pick the very best students, and they pick ones they think will make a lot of money. So, of course, their graduates have high salaries, but there is little evidence that colleges actually caused the change.

Our view of college needs correction. The pressure to get into a good college takes a terrible toll on the mental and physical health of IMSA students.  The admissions craze encourages students to place their self-esteem and aspirations in the hands of a mysterious, unseen committee whose decisions can never be questioned.  The antics that ambitious students perform in the hope of pleasing colleges are becoming a twisted religion, with students increasingly encouraged to sacrifice their health and sanity on the altar of college admissions.

This is all the worse because admissions committees are hardly benevolent deities. Colleges are businesses; Harvard’s endowment is larger than the entire GDP of Kenya. Admissions committees admit students they think will benefit the college, not the ones who are most deserving; their standard is self-interest, not justice. They actively encourage the myth that college admissions is all-important because it increases their social status and the tuition they can charge—even though the college frenzy leads to increased rates of depression, anxiety, and addiction in teenagers.

Consider, for example, legacy admission policies. Giving a boost to children of alumni not only helps students who are already well-off, with lots of opportunities—it also perpetuates racial disparities, because older alumni tend to be mostly white. Fully 29% of Harvard’s class of 2021 was related to an alumnus.  Colleges say they use legacy admissions to encourage alumni donations—which is tantamount to admitting that you can buy your child’s way into Harvard. Other evidence indicates possible bias with regard to race, gender, geography, nationality, and especially family income. College admission decisions depend on a variety of factors, many of which have nothing to do with academics, some of which are blatantly unfair, and most of which are outside your control.

So it’s time to change the things we focus on.  There are hundreds of things more important than college admissions.  If you are going to worry about something, let it be your family, your future, or your health; let it be your difficulty understanding calculus or the unnecessary complexities of German grammar; let it be tariffs or gun violence or the direction of our country.  Let it be something real, something that affects you, and not the opinion of an anonymous group of people you have never met.

Well, you say, tell that to my parents.  And I’d be happy to, though they rarely listen to me, despite their purported respect for a Harvard education.  But the more important thing is what you believe.  It’s natural to want the recognition of others; it’s admirable to want to please your parents; but most of all, it is essential to know what you want out of life.  You should be focusing on what you are going to do with your career, your family, your life, and not on what colleges think of you. If you concentrate on what is important, college will be what it is supposed to be: a place to improve your skills and increase your knowledge, not your final goal. My fear is that once you get into your dream college, you may discover that you have nothing left; a good college was all that gave your life meaning.  And that would be much worse than any rejection letter.

You should choose your college carefully for the same reason that you should choose a car carefully: it costs a lot of money.  But it doesn’t matter, in the big scheme of things, any more than your car matters. Your ability and your work ethic will determine what job you can get; your family and your friends will support you when you need it; your beliefs and your actions will define your life and give it meaning.  College will do none of those things. Just as we had to admit that Santa Claus doesn’t exist and take responsibility for the morality of our own actions, we need to realize that college acceptance doesn’t really matter—and take responsibility for our own education.

The Future of Sex Ed @ IMSA