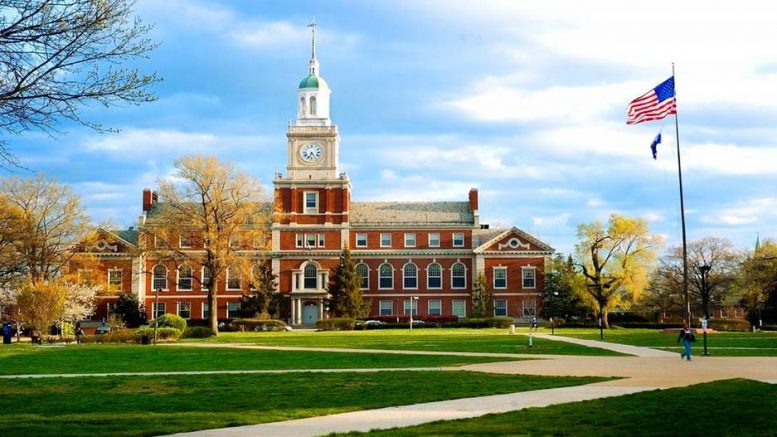 Harvard students are internationally recognized for their admission in one of the world's most selective colleges.

For the past three weeks, a tense trial in Boston has pitted Harvard and its affirmative action policy against the Students for Fair Admissions (SFFA) in a lawsuit whose outcome will likely affect the admissions process in nearly every private university across the United States. Nearly 4 years after the lawsuit was filed, both sides delivered closing arguments last Friday, November 2nd, and a ruling is expected in the coming weeks.

To give a bit of background, affirmative action policies are an effort to increase diversity on college campuses by increasing opportunities for minorities and other disadvantaged groups. These policies are found throughout the world, most notably in India, South Africa, Brazil, and France. Though the policy is known by different names, the intention is the same: to create more opportunities for underrepresented groups.

However, this is not a perfect system, as demonstrated by the ongoing Harvard lawsuit. Students for Fair Admissions (SFFA), a coalition of Asian-American students, have sued Harvard over Asian-American discrimination in favor of applicants from other ethnic groups. Their case hinges on statistics of previously admitted classes, which may indicate the presence of racial quotas, as well as discrimination via the personality rating in Harvard’s holistic review. Harvard’s defense includes testimony from students representing multiple minorities, a staunch denial of any racial quotas, and a fierce defense of the applicant “personal rating” in their holistic review.

SFFA’s first argument focused on racial statistics throughout the admitted freshman classes of Harvard for the past 20+ years. These statistics show a consistent percentage of applicants admitted from any given race. Because these percentages have not significantly changed, they were presented as evidence of racial quotas within the holistic review. If we take the plaintiff’s argument to be true, Harvard is in direct violation of the Equal Protection Clause in the Fourteenth Amendment. In 1978, Regents of the University of California v. Bakke found that racial quotas violated that clause. Race can be used as one factor in an application, but it cannot be the deciding factor of that student’s admission. The plaintiffs proposed that admissions directors use a socioeconomic factor rather than a race factor to ensure diversity.

Harvard’s lawyers argue that, in merely considering socioeconomic status or becoming entirely race-blind, the diversity of their campus would drastically decrease, harming the learning environment on campus. They resolve that their practices are legal, as the Supreme Court voted in 2016 to uphold affirmative action policies used by selective schools. So long as their practices are reviewed frequently and are not merely reliant on race to create a diverse student body, Harvard is allowed to continue their current holistic review, as they claim that race is one of many factors that goes into admissions decisions.

The plaintiff’s case also argues against the personal rating, an aspect of the decision process that seems murky at best. IMSA’s very own Dr. Peter Dong, a Harvard alumnus, explained the personal rating, saying, “They rate you on four things from 1 to 6, 1 being the best. All the interviewers have to do this, and they explain it to us, but those aren’t the ratings that matter, there is a final decision made by the admissions committee at Harvard. They rate you on academics, extracurriculars, athletics, and personal rating… What they’ve found is that interviewers’ scores for all races, particularly whites and Asians, are basically the same, but their final scores [given by the admissions committee] tend to be systematically lower.” That is evidence given at the trial directly from the plaintiff’s lawsuit, as Dr. Dong has read it, arguing that this is proof of at least unconscious racial bias against Asian-Americans.

Harvard has responded by claiming that they do not know the reasons why Asian-American scores are so much lower. They assert that since these scores are based largely on recommendations, the recommendations for Asian-Americans are simply less robust, less enthusiastic. While that is a problem in and of itself, Harvard says that is out of their control. Harvard also brought several compelling testimonies to court to refute any evidence of racial bias in their decisions.

Beyond this case, the college has pointed out other statistics which have made many of those outside of the direct reach of the case disgruntled – most notably legacy admissions. Harvard’s statistics have indicated that the rate of legacy admissions is typically around 30%, which is nearly 6 times the national average of 4.59%, for the class of 2022. Additionally, there are indications that those with extraordinary athletic ability, fame, or enough money for endowments are specifically recruited.

Regardless of the facts shown in the trial and the arguments made, the trial’s outcome will likely affect nearly every college and university in the nation. If everyone in the selective college range follows Harvard’s example, this could have long-term effects for nearly every extremely selective, highly renowned institution, with the exception of the UC schools and Caltech.

Yale University’s student newspaper has already expressed concern over the matter. Most selective private schools are backing Harvard, and affirmative action has quickly become an extremely touchy subject for many. President Trump has even talked of rescinding affirmative action entirely, and, should the case reach the Supreme Court, its likely that the 2016 vote will be overthrown. The judge for the trial currently, Allison D. Burroughs, is leaning liberal, making her more likely to favor affirmative action. However, the Supreme Court, with the recent addition of Justice Brett Kavanaugh, is majority conservative.

Meanwhile, at IMSA, people have had very strong opinions regarding the case and its outcome. Dr. Dong believes that this case will affect the rest of the educational world if Harvard is found guilty, stating, “If Harvard is found to be in violation of the Civil Rights Act, then the entire system of higher educations gets thrown upside down, because that same article that broke this open originally had another graph that shows all the other ten Ivy League schools Asian admissions percentages… So whatever Harvard is doing, everyone in the Ivy League is doing it.”

IMSA students have their own developed opinions about the case as well. Shvetali Thatte (‘19) states, “I think it’s going to be difficult to come up with a secondary solution that will be agreed on by both parties and get passed and implemented. As a temporary fix, I think that affirmative action is at least increasing racial diversity in higher education. However, I don’t think it’s a permanent solution, because as the Harvard lawsuit has shown, it does hurt Asian-Americans.”

In response to the use of socioeconomic status as a measure of diversity, Miron Liu (‘19) opines, “The problem with that is that it could potentially decrease diversity on campus. An inherent effect of affirmative action [as it is now] is that it negatively affects Asian-Americans, but if we got rid of that, we would see an increase in the white student population and a significant decrease in the black and Latinx populations. So even though there is discrimination against Asian-Americans, I think it’s sort of a necessary evil for a long-term good thing.”

This case will have implications for the future of higher education in America, no matter the outcome. It’s increasingly relevant to us as the next generation of college students, particularly those who haven’t applied yet. The case, expected to be decided within a few weeks, will affect how all the Ivy League and selective private schools admit their students.

Kaleigh O'Brien is a senior of 1501 C wing, a Community Developer for 1501. She is so terribly excited to be writing for Acronym this year, and to have found yet another extracurricular to be involved in! Outside of the Bubble, she's a Writing Center tutor, Editor-In-Chief of the yearbook, and she runs track, occasionally cross country, and Irish dances about 5 times a week, plus some other stuff on the side. When she's not writing or studying, you'll find her . . . actually, you probably won't find her unless you catch her between meetings and practices, but she's down to talk all the time and any time.

1 Comment on "Does Race Matter? A Look at the Harvard Affirmative Action Lawsuit"