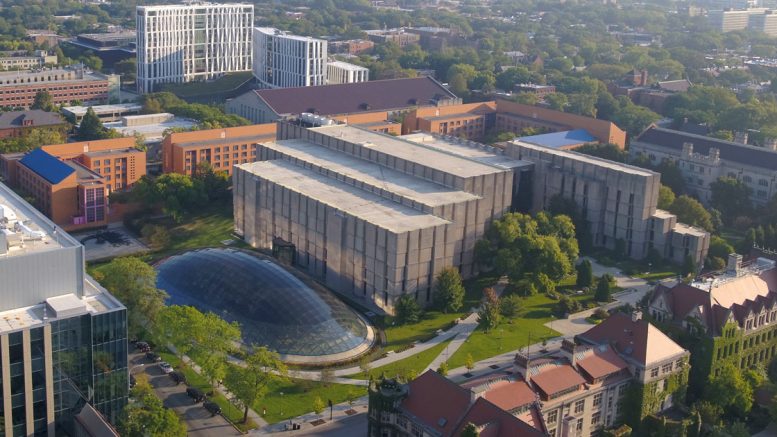 UChicago aims to open its sprawling campus to a wider range of students with its policy revision. Source: The University of Chicago Campaign

This past summer, the University of Chicago startled seniors across the nation with a dramatic shift in their admissions policy. In a surprising announcement, the university declared that it would be switching to a test-optional application policy, dubbed the UChicago Empower Initiative. While UChicago is certainly not the first school to adopt such a policy, it is the first elite research university to have done so.

However, there is more to the new policy than simply going test-optional. If applicants opt not to submit standardized test scores, students must submit either a portfolio which they believe showcases their work or a two-minute video introducing themselves to the admissions committee.

This is all done in the name of wider access, a mission which is underlined by UChicago’s simultaneous expansion of its financial aid program. The school now offers increased financial aid to children of parents who have served their country or the community. Most notably, the school now offers need-based scholarships for students whose family income is less than $125,000.

Part of the motive for the UChicago Empower Initiative was to encourage diverse applicants, since UChicago doesn’t want “one little test score scaring off otherwise-qualified applicants,” as James G. Nondorf, UChicago’s Dean of Admissions and Financial Aid, phrased it.

Beyond that, the SAT has a turbulent history of allegations of its racial biases. “There are a lot of studies and people who think that it’s biased against people of color and low socioeconomic status,” explains Dave McGovern, an IMSA College and Academic Counselor. The College Board attempted to resolve the issue through a 2016 remake of the SAT, which eliminated a section that tested obscure vocabulary. (Individuals who grew up in educated families, attended wealthier schools, or had access to test-preparation resources, were thought to have a greater advantage on this portion of the test).

However, despite the SAT’s attempted reforms, UChicago perceives that the elimination of the test altogether will increase the accessibility of their college to disadvantaged students.

In addition to becoming test-optional, UChicago is also allowing students to self-report AP scores, SAT Subject Test scores, and estimated IB or A-level test scores, claiming that the process of requesting an official test report can be a financial burden on otherwise-qualified applicants.

Mr. McGovern insists that IMSA students can only benefit from the policy change. IMSA students’ SAT scores tend to be on the high end, and they have the choice whether to submit them or not.

A possible unintended consequence of the policy change might be that the average applicant/admitted SAT scores will increase, since only the students with high SAT scores would be likely submit them. However, Mr. McGovern does not think “people who apply without submitting their SAT score will skew the numbers.”

However, Mr. McGovern reveals that many seniors struggled with deciding whether or not to submit the optional video. “We’re saying usually, yes, because you have control over what’s going into the video. It’s a chance to put your personality out there and show them [the admissions officers] a different side of you.”

Despite the diverse advantages of the UChicago Empower Initiative, McGovern does not believe other elite colleges will follow UChicago’s example. “I think there is still a need for the admissions world to compare people on the same scale. Each high school has the different grading scale, GPA, ranking, and weightedness.” Traditionally, IMSA tells their students that the SAT is the second most important item on their college application, after academic record and before extracurriculars. Students usually have to pass a threshold SAT score and academic evaluation before an admissions panel considers the rest of their application. Highly selective colleges uphold this process to filter out their large applicant pools.

The lasting consequences of UChicago’s policy change can only be demonstrated years after its implementation. Whether or not these consequences will benefit the university or not, UChicago has firmly established its leadership in crafting equity-focused admission policies with its policy revision.

How to IMSA: The PSAT/SAT