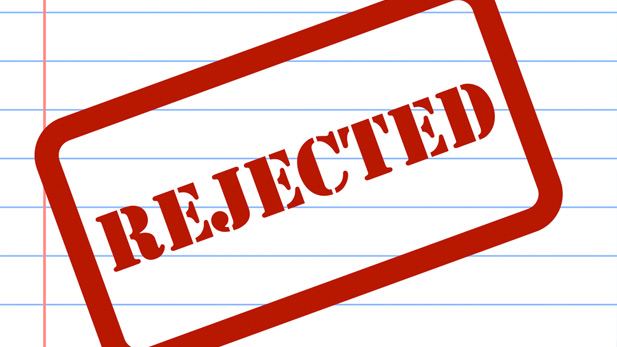 To those who’ve been admitted into the college of their dreams, congratulations. It must be a wonderful thing to know that a lifetime of hard work has such palpable rewards; that the long nights, caffeine, and stress have all finally paid off; and that for the first time in a while, you can take a break. But understand that you are the exception to the rule; most do not run the gauntlet and escape unscathed. I address this to the unlucky majority, not as a consolation, but merely as commentary.

This is for the rejects.

I write this to you as reject myself. After refreshing the application status webpage for several hours, I was finally informed that I did not, in fact, make it into Carnegie Mellon University. The small words “Not Admitted” held a surprising weight behind them, invalidating all effort put into the application with frightening efficiency.

The rejection letter itself was written with an eloquence that betrays the almost industrial layout of Carnegie Mellon’s application status website. Signed by the CMU Director of Admission, the letter was so well written, that I almost felt okay about getting rejected.

But then again, I’m not one to sugarcoat. Calling my parents to tell them that I had gotten rejected was unpleasant. Telling friends that I was rejected was even worse, my deliberately blank expression and shrugs belying the complexity of my emotions. Answering the question, “Did you get in?” was and still is particularly difficult, because not only does it feel like I’d disappointed myself, but that I’d disappointed others as well. Words of comfort are remarkably feeble against the weight of sunken hopes. But perhaps worse than the feeling of disappointment, is the feeling of regret.

I’ll agree that it’s completely natural to feel disappointed upon rejection, but I also maintain that regret is the most useless of emotions. With disappointment, I can learn. With frustration, I can reevaluate my own strengths and objectives. But regret? Nothing more than a stagnant depression and an unwillingness to move on can come of regret.

I know that if I’d worked harder, then I most likely would’ve gotten into Carnegie Mellon University. And that’s a lesson that I’ll remember when I’m applying to grad school. But I don’t think that I’d be any happier if I worked harder. If I’d worked harder and taken on more stress, then I’d probably just be just as disappointed in my college admissions, the only difference being that I’d be disappointed in my rejection from Harvard, Yale, or Princeton, and not Carnegie Mellon.

I do not regret what has happened; you shouldn’t either.

Be the first to comment on "This is For the Rejects"