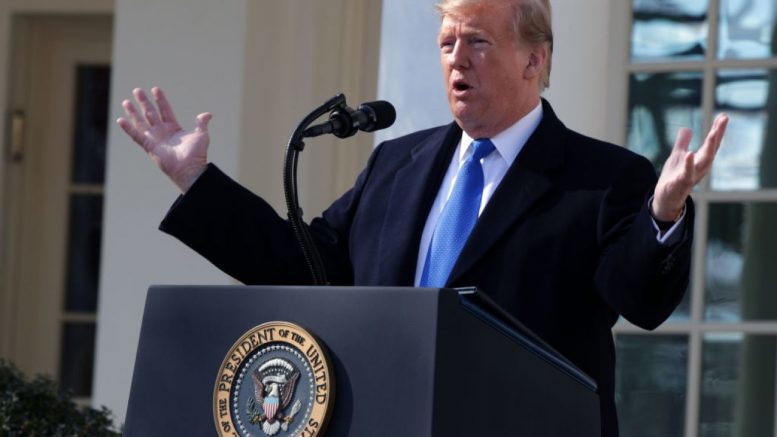 As of Friday, February 15th, the President of the United States declared a national emergency. This decision was made due to perceived threats to border security, with President Trump speaking of the US being invaded “with drugs, with human traffickers, [and] all types of criminals and gangs.” Press Secretary Sarah Sanders supported this decision, saying that “[the President] shouldn’t have had to [declare a national emergency]. Congress should have stepped up and done their jobs, and done everything necessary to fully and safely secure the border.”

However, this decision is not supported by the majority of Americans, as seen through polls conducted by various agencies. A Quinnipiac University poll found that 66% of Americans are against the declaration, a statistic supported by a recent CNN poll. Another poll was conducted by Fox News, which placed the statistic lower but still well over the majority, at 56%. With the decision so unpopular, it’s important to understand what a national emergency means now.

A national emergency is a declaration made by the president that allows them to use a set of powers only viable in that circumstance. There are 123 statutory powers available to the president upon declaration and another 13 after a declaration from Congress. These powers can vary, ranging from agricultural debt relief to freezing American bank accounts.

President Trump’s emergency declaration, however, is different from all of these. While past national emergencies have been used as ways to pass legislation, none have been used to circumvent Congress’ refusal to provide funding for a bill.  In doing this, the President is attempting to go against the will of Congress, something without precedent in the use of national emergency declarations.

In addition, there is an argument to be had about whether current border security is even a national emergency. President Trump cites the security of the Southern Border as the reason for the emergency, but statistics show that the number of illegal immigrants entering the country is the lowest in decades. Also, from 1975 to 2017, zero illegal immigrants entering from the southern border have been responsible for terrorist attacks in the US.

By declaring a national emergency, President Trump hopes to use Section 2808 of the Title 10 US Code, which essentially states that in the case of emergency, the Secretary of Defense is allowed to “undertake military construction projects” that aren’t approved but are needed to support the army. However, it’s unclear whether this would allow the President to build the wall. The term “military construction” is defined in Section 2801(a) of the Code as “construction, development, conversion, or extension of any kind carried out with respect to a military installation.” Similarly, “military installation” has a clear definition of “a base, camp, post, station, yard, center, or other activity under the jurisdiction of the Secretary of a military department.” While these definitions offer some leeway, President Trump’s usage of this law does not match what it was originally meant to do. This law was designed to provide for the military, but the President is hoping to use this law to have the military to build his wall.

Moreover, the feasibility of building the wall is still in question. Less than one-third of the border is made up of federal land, meaning that in order to build the wall, the President would have to seize a great deal of land from U.S. citizens. And, while citizens are entitled to compensation under eminent domain laws, it’s worth noting that fair compensation rarely occurs. Not to mention, a decision like this would receive a fair amount of backlash.

Citizens can fight this decision in court and the first few cases against the emergency have been declared as of February 16th. Groups like Public Citizen hope to fight the emergency by questioning whether the current border situation counts as an emergency and other groups are looking to fight on the basis that the wall would harm the many communities situated near it. Congress is also ready to fight the President’s decision, as reported in the Washington Post, with the House Speaker Nancy Pelosi and the Senate Minority Leader Charles E. Schumer stating that “the Congress will defend [their] constitutional authorities in the Congress, in the Courts, and in the public, using every remedy available.”

Whatever his reasoning, President Trump is ready to pull out all the stops to build his border wall, whether he has the support of the American people or not. The potential consequences of this decision remain to be seen, but it must be said that America is in for a wild ride.

Shivani Venkatraman grew up in Aurora, Illinois, and at IMSA she lives in 1506 C-Wing. She loves all kinds of writing, from fantasy to scientific articles, and enjoys sharing her interests with the people around her. She's super excited to be a senior and her second year as a graphic designer for Acronym. Outside of writing and design, she likes drawing, reading, listening to music, and singing. She has an adorable little sister whom she will use any excuse to mention, and loves playing video games. She thinks Acronym is pretty cool and hopes people enjoy her work.

Pizza Shops and QAnon: Disinformation in a Digital Age

Be the first to comment on "Before We Start Screaming, What Does This National Emergency Mean for the US?"