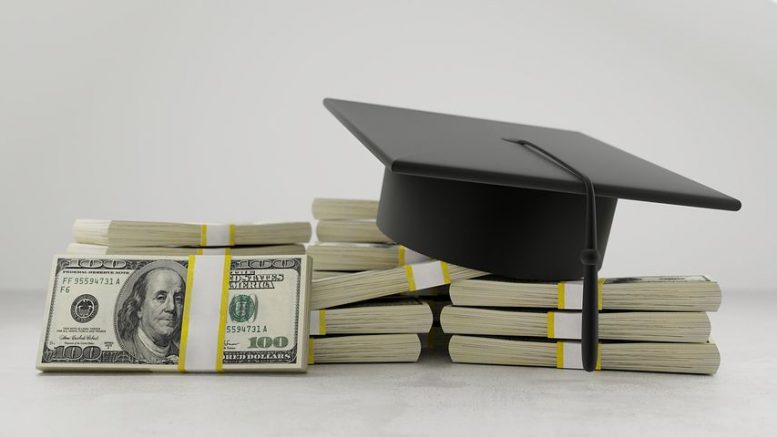 This past year, 45 IMSA seniors were named National Merit Finalists. The same 45 students could go to college for free.

Many IMSA students (and/or parents) aim to attend Ivy Leagues or other “brand-name” elite schools – and no doubt a good number could gain admission. But being admitted is only half the battle, or maybe less than half. Last year, it cost $70,000 a year to attend Harvard. This number could decrease significantly if the student is eligible for financial aid, but even if it does, undergraduate tuition alone is probably going to run into five or six figures.

So why apply to a school just for the privilege of shelling out a few hundred thousand? Why not go someplace that will pay you to attend instead?

One source of financial aid that is sorely underused at IMSA is merit scholarships.

Many public universities (flagships) seek to boost their positions in the infamous U.S. News rankings. This article details the sixteen quantitative factors that go into the annual statistical analysis, but the three that I want to highlight are:

If colleges want their rankings to go up, attracting high-achieving high school students is critical. The obvious problem is that “University of Florida” just doesn’t carry the same “oomph” as “Yale” or “Princeton.” Flagships “lose” the best students to the Ivy League and other prestigious private colleges. So how do they compensate for this? They establish honors colleges and offer scholarships to high-achieving students who are willing to attend their schools.

Most of the time, that money comes without any consideration given to financial status. If you score well on standardized tests, maintain a decent GPA, and can get into a state flagship, then you can get automatic half-tuition, full tuition, or even entirely free rides to colleges.

Note: “Full tuition” means that only tuition costs are covered. A “free ride” covers tuition plus miscellaneous fees, housing, and books. Many free rides also include monthly stipends, either for personal expenses or for study-abroad programs.

Flagships also like to tally their National Merit Finalists enrollment. The first line on the University of Alabama’s “Quick Facts” page launches into how many National Merit Scholars currently attend their school. This is why, at a surprising number of schools, National Merit Semifinalists/Finalists receive automatic partial or full scholarships. (The University of New Mexico even tosses a new iPad into the bargain).

The state of Florida actually has a program dedicated to attracting out-of-state National Merit Scholars – the Benacquisto Scholarship Program.

Although being a National Merit Finalist or Scholar will basically guarantee you merit scholarships, simply having a high SAT score will work, too. The University of Alabama guarantees tuition through its tiered system of merit scholarships: the Presidential Scholarship, and so on.

And you don’t have to sacrifice prestige in order to save money. The U.S. News and World Report ranks the University of Florida at #41 nationally; the University of Texas at Austin is #49; the University of Miami is #51; Florida State University is ranked #70; and the University of Alabama is #129. If you’re willing to go out of state for college, you can not only take off considerable stress from college applications but also save the $200,000 that might have gone to Harvard. Instead, you get paid to go to college.

Juniors, the PSAT/NMSQT is over, but consider merit scholarships as a potential source of money when doing college searches. And sophomores, take the PSAT/NMSQT seriously. The test itself might only have $2,500 up for grabs from the National Merit Scholarship Corporation, but do well on it and you can get a free iPad from the University of New Mexico.

And a full ride to college, of course.

Be the first to comment on "How to IMSA: Getting a Free Ride to College"