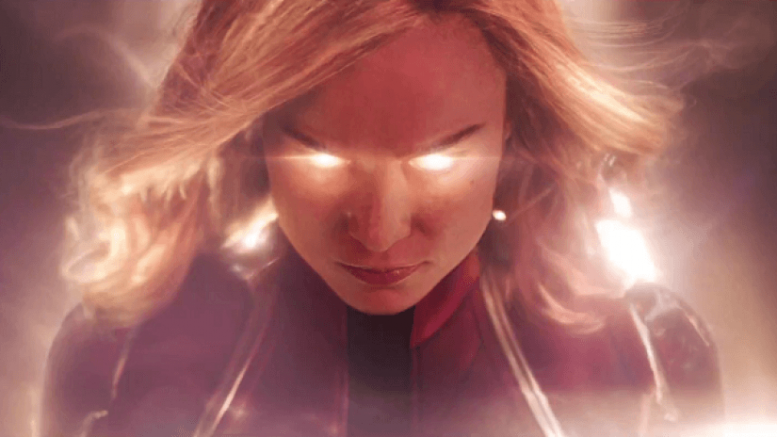 Disclaimer: This article is spoiler-free!

On March 8th of 2019, Captain Marvel was released in theaters nationwide. The film centers around Vers, an alien belonging to the Kree empire who has just become a member of the Kree military unit called “Starforce”. However, Vers isn’t quite like the other Kree aliens. She possesses a unique ability of shooting beams of energy from her hands, and she also experiences flashes of memories which she doesn’t remember ever taking place. In Vers’ first mission, she and the rest of Starforce attack a group of Skrulls, a separate species of aliens which the Kree intend to destroy. But, Vers is captured by the Skrulls. Once aboard the Skrulls’ ship, Vers makes a run for it and manages to escape using a flying pod, which transports her to Earth. The Skrulls chase down Vers in hopes of using her flashing memories to obtain information about an energy-core they’ve been after. The subsequent scenes follow Vers as she attempts to stop the Skrulls from achieving their plans.

After watching the film, I was initially confused. Beforehand, I had seen that Captain Marvel, also known as Vers, was commonly perceived as a symbol of feminism. In fact, in the Chicago Tribune, Heather Wilhelm described the feminism portrayed in the movie as “exhausting.” In Mashable, Jess Joho claimed that the plot is a “shallow take on feminism”. However, Captain Marvel doesn’t seem to center on feminism at all. Now, I’m not saying that the movie is entirely unassociated with feminism. I agree that it has contributed to the rise of central, powerful female characters, which does promote feminist ideals. But, I would argue that film’s main theme centers around self-discovery and self-acceptance, as Vers pieces the bits of her fragmented memory in hopes of discovering the woman she once was before she forgot it all.

Essentially, in their individual articles, both Wilhelm and Joho immediately tie the film to feminism because its central character is a woman with powerful abilities. Yes, this is empowering to women, but the film’s display of female empowerment cannot be described as “exhausting” or “shallow” if its main focus does not lie on feminism. Wilhelm and Joho aren’t the only ones who have interpreted the film in this way. Many others share this perception of Captain Marvel. That’s the problem. When shown powerful female figures, people have a tendency to believe that such individuals are just contributing to an additional scheme that the feminists, who are all so, so exhausting, can now cross off their never-ending to-do lists. Oh, did you just say that an actress was cast for the role of a superhero? Ugh, it’s all part of the feminist agenda! Did you hear about that new movie? I mean four female ghostbusters? The feminists are taking over!

When society continually lumps women into the all-encompassing box titled “Those Feminists”, they’re stating that women are only capable of being feminists. Although it’s great to be a feminist and promote gender equality, it also discourages women from achieving great things because, if they do, instead of receiving praise, they’ll be given a sigh for the tiresome amount of female empowerment they’ve shown. If simply constructing a character who is both female and super-human already reeks of feminism, then is Wilhelm suggesting that we shouldn’t create films centered around female superheroes at all? Brie Larson, the actress who plays Vers, is not only capable of empowering women, but she’s able to tell a touching story of one’s journey in acknowledging and accepting her true self. Women are capable of doing this and much more, and they shouldn’t have to be ashamed of it. Feminism isn’t exhausting or shallow, but the insistence that feminism is the only impact a woman can make is.

Marvel and the Masters