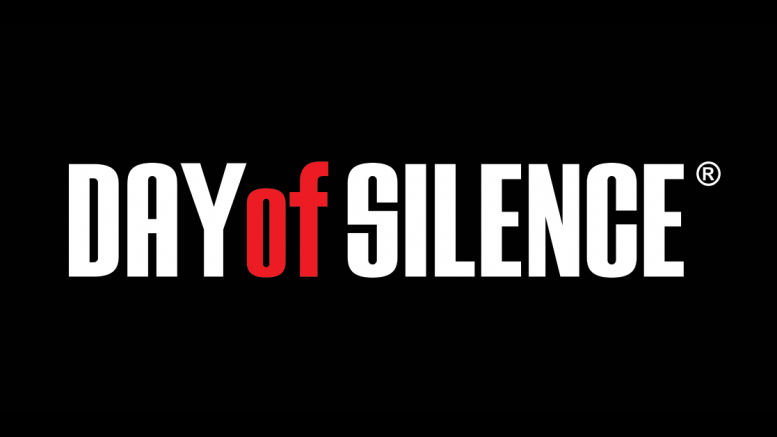 Students enjoy fewer means of engaging in social protest in their daily context than adult Americans. Attendance is expected of them. Compliance with authority figures is regularly judged and, when found wanting, disciplined. But students still have a voice — their literal voices, arguably the most critical commodity in a classroom, the thing teachers use to direct and shape learning. As a student, withholding your voice can be an act of intellectual disengagement, an expression of uncertainty or distress, or an act of protest. This past Friday, April 12, brought the Day of Silence to IMSA’s campus once again. As a teacher, it’s my job to empower students to make choices and learn to use their voices to shape the world around them.

That’s exactly why I wish students wouldn’t participate in the Day of Silence.

I find the intentions behind the Day of Silence noble and inspiring. I also find that mission personally important. While I am in a committed, longstanding heterosexual marriage, I am also a bisexual woman. I enjoy the benefits of “straight-passing” with those I know only casually, and also the stigma about being bi held by some LGBTQ people and straight people I’ve confided in. Being judged by people I thought I could trust is always frustrating and painful, which is why I have not come out publicly before, let alone in as permanent a space as the internet. I understand just how complicated a thing it is to speak your truth. That’s why I feel compelled to explain how the Day of Silence fails its participants and their mission.

Whatever we want the Day of Silence to mean symbolically, silence is still read as consent. When voices do not speak out in response to social ills, that lack of visible, audible protest feeds the impression that people are not invested in resisting. That they’re fine with the status quo. Sometimes, silence is self-care for the activists among us. Protest is tiring and not always available to students easily. (Consider IMSA students’ recent participation in the youth climate strike in Chicago.) Burnout among those seeking social justice also tends to run high, which is one of the reasons so many marginalized communities ask for the daily support of allies. But silence isn’t the power marginalized people need. Tagging into conversations where marginalized people are less likely to be heard is a critical way privileged people can help those who don’t enjoy their security. The Day Silence tags everyone out of the conversation, LGBTQ and ally alike. It ends the very discourse that needs to be engaged. It takes away the voices of people who would speak out against bullying and abuse, LGBTQ and ally alike. It removes from the cultural equation of change those who would ask questions, pushing for more thoughtful, inclusive spaces.

The marginalized need solidarity, not silence. The solidarity of silence is no substitute, because it doesn’t act on the world that marginalizes them the way we imagine it does.

The theory is that a cacophony of silence — a muting of the voices we are used to hearing — will create a moment of clarity for those not participating in the Day of Silence. Oh no, we want them to think, This person I care about has given up their voice to support something they believe in. I should be as thoughtful and supportive as they are. I should think about the consequences of how I speak.

But silencing the voices of people who do speak out, ask questions, and show support gives people who are intolerant (or even hateful) toward LGBTQ people exactly what they want. They get a day where they don’t have to hear those people’s voices. A day where those who might otherwise challenge their thinking carry a card that declares their symbolic protest — and which confirms the intolerant get a free pass from immediate consequences, from the discomfort of having to actually see and hear others who differ from them in ways they refuse to treat civilly. No need to worry about the pronouns of the person who isn’t speaking. No need to even acknowledge they are there. How simple.

Silence is a win for hate. It rewards hate with the very thing it hungers to achieve.

I admire my IMSA students for their tenacity and conviction. I would never demand a student participating in the Day of Silence break their vows for my convenience as a teacher, or because I don’t find this method of protest empowering to me or the frightened, queer student I once was. I am glad that my students want to improve their world. I want them to succeed. But I also believe there are better, stronger levers to move us toward lasting change than giving those who cannot abide a world with others unlike them exactly what they long for, however briefly.

They would like us to go away. To be quiet. To stop complicating their lives. To stop occupying their spaces.

Is giving that ground for even one day worth it?

A Look Into SPECTRUM’s Coming Out Week