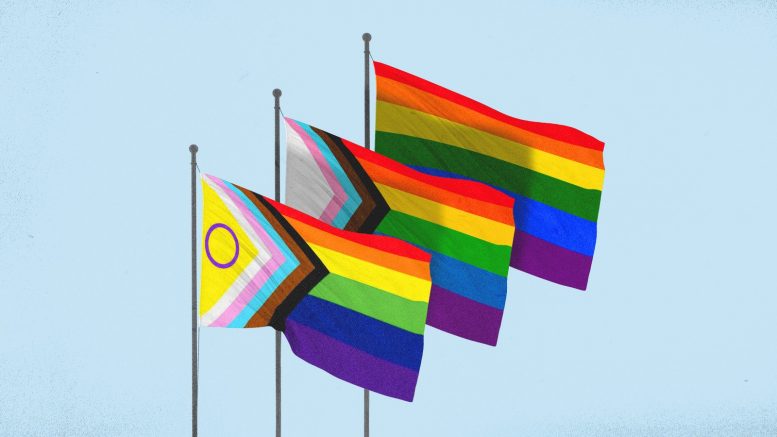 The LGBTQ+ community has historically faced numerous challenges in regards to safely discussing and expressing their identities. At IMSA, the work of culture groups such as Spectrum as well as a generally supportive student body has made the school a relatively safe space for LGBTQ+ individuals compared to other schools, but IMSA does come with its unique struggles. From dealing with microaggressions in residential spaces to being deadnamed in official school documents, IMSA still needs drastic improvements in order to cement itself as a safe space for the LGBTQ+ community. To discuss the community’s connection to mental health, Brogan Long ’22 joins The Acronym to discuss the current situation, campus-wide issues, and potential solutions.

“What’s been difficult about IMSA is that although I love the residential environment, because it’s residential, you don’t have an escape,” notes Long. Unlike a regular public high school, IMSA’s residential nature forces students to contend with microaggressions and potentially toxic environments head-on. “Within the context of our community, I think what is an added challenge for LGBTQ+ people is day-to-day interactions that can be potentially traumatizing.”

One of the most prevalent problems that IMSA struggles with is the erasure of LGBTQ+ individuals’ identities, as AMAB and AFAB halls often induce harmful heteronormative cultures. Long explains heteronormativity as “[referring to] if you are closeted and people don’t know that you’re LGBTQ+, and they’re putting you in situations that are pointing towards a heteronormative identity.” For example, assuming a person to be cisgendered and heterosexual by default, and making assumptions based on that judgement, is an example of such a trend. “That can feel weird. It can feel like that’s not me. And I think specifically once again, I’m cisgendered, but for trans people in the community, they can be put in those situations within schools also. How many times in gym class were you told girls over here, guys over here? And so people who, whether they’re out or not, don’t have these heteronormative identities like non-binary people often don’t have a space where they can go.”

Unfortunately, the challenges in residential spaces can oftentimes be far more immediate and serious. Long recalls one experience during his sophomore year, in which “I remember someone used a derogatory term to describe another queer person on campus and that didn’t have to do to directly with me, but it was about queer people. And then the person turned to me and said, ‘Oh, don’t worry. You’re the cool gay kid.’…I still consider them friends, but this is a sad fact of the AMAB [Assigned Male at Birth] spaces that I’ve been a part of at IMSA.” Furthermore, other challenges such as bi-erasure, making jokes out of gender identities and sexual orientations, and even blatant homophobia and transphobia are also prevalent across campus. Many LGBTQ+ individuals find themselves having to code-switch, or assuming a different appearance or identity based on the environment, to avoid targeted harassment or just to fit into otherwise unsafe spaces.

Even classrooms, too, can feel unsafe. Deadnaming is especially common, given that IMSA generally only draws from a few name lists that often include outdated and incorrect information. “Sophomore year, we had an experience where we were getting back in Navigation groups and we hadn’t been in that for a while. They released [a] list that had not only people’s deadnames, but also their waitpool status, whether or not they were in the waitpool before they came to IMSA, as well as at-risk students. And so it’s within IMSA’s common practices that unfortunately [happens] a lot.” These situations are found in attendance checks, seating arrangements, and even recently at IMSA’s diversity training session on LGBTQ+ acceptance.

In the face of these challenges, Spectrum has been trying hard to build up safer spaces with their aptly-named Safe Space program. “It’s every Wednesday, 7:30 to 8:30, and the thing about Safe Space is you would expect it to be a GA, right, but it’s anything but that. If anything, Safe Space is literally just a space, literally just a set time where LGBTQ+ people and allies can interact. Sometimes we talk about issues, sometimes we don’t, but it’s supposed to be that space where you don’t have to code switch.” Furthermore, policies such as changing naming lists to ID lists are also being discussed to reduce the risks of potentially traumatizing events.

Long also urges action from the community itself. “What allies can do is [to] keep thinking, hopefully read articles [to do research]. But also when those trainings happen, don’t just sit there. Try to be the person that’s gonna speak up and talk about your experiences, embrace that [discomfort]…[Also], if allies can be the [people] to go up to that teacher in that classroom and say, ‘Hey, can we go by last names today?’ Or ‘Hey, can we go around the room to do attendance?’ That’ll go very far.”

Be the first to comment on "Spectrum Mental Health Interview"