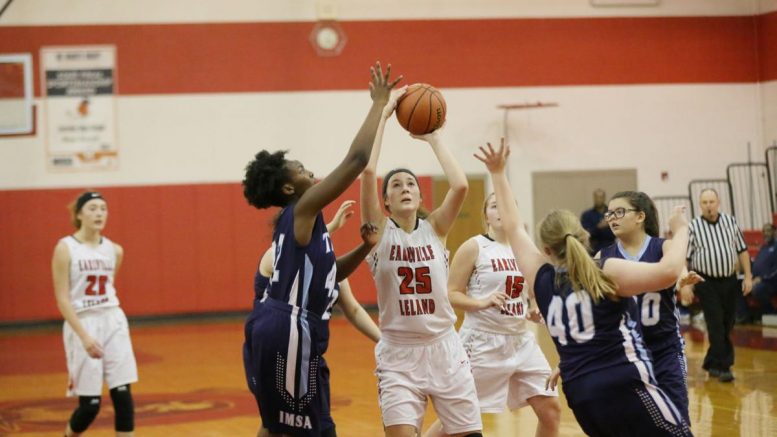 Compared to the previous years, the Girl’s Basketball Team focused their 2018-2019 season on rebuilding. According to Aleah Brown, the captain of the team, 4 out of the 5 starters from last year had graduated. Despite their initial difficulties, Brown states that it didn’t stop the team from “going out on the court and playing until the clock said 0:00.”

The basketball team mixed many sophomores without varsity experience with seniors who have played during all their years at IMSA. The team’s main obstacle was learning how to play together and communicate with each other both on and off the court. However, towards the end of the season, during their regional game, there was clear improvement.  Although IMSA lost, they still gave the opposing team a run for their money. The team’s record was 4-15 and in their conference, 1-6.

Brown maintains a constant positivity about the team evident through all her accounts about the girls’ hard work and determination this season. Her optimistic mindset provided the fuel to rebuild the team and hopefully empower the members for years to come.

Make sure to watch the girl’s basketball team in coming years, and congratulations to this year’s team for a great season!