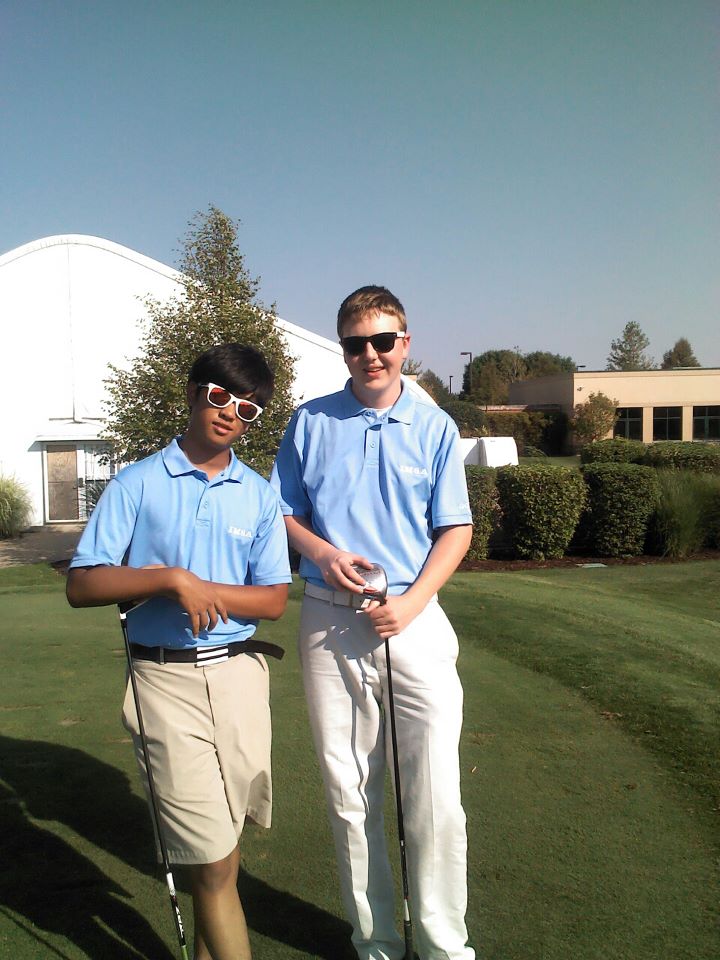 Unfortunately, it is not uncommon for people to inadvertently forget about practicing and striving to improve during a vacation. Because of this, those who forget may be unprepared and at a disadvantage when returning to their competitive routine. This year’s IMSA golf team knows all too well about the initial set-backs that are caused by not practicing over a vacation. When prompted, Luke Zhan, a junior on the team, emphasized the fact that the team started off very roughly due to a lack of sufficient preparation before the early matches. Fortunately, those issues proved to be somewhat temporary and, ultimately, the team’s success was not too sorely inhibited. In fact, the team ended up going undefeated in conference play and eventually placing third in the conference tournament. As a result, the Titans are going to enjoy a delicious banquet courtesy of Sodexo.

In order to progress as the season went on, many members of the team credit their consistent utilization of friendly competition. While practicing may typically not be enjoyable, the Titans managed to spark up the environment by perpetually igniting a competitive fire in one another and motivating the team to work, improve, and compete at a sufficient level. Additionally, the upperclassmen managed to forge a sense of camaraderie within the team while providing a guiding presence for the sophomores on the team. Often times, members of the team would gather and spend time with each other before and after matches. By being so comfortable with one another, constructive criticism was not seen as threatening, but rather as a truly beneficial medium for identifying issues.

Despite the positive outcomes from the season, there were notable areas that require attention and improvement before the next season. Specifically, as a whole, the Titans were mildly inconsistent in the context of one match to another and, in some cases, one swing to another.  Furthermore, while it is expected that motivation would deteriorate as time goes on, the Titans must sustain an acceptable level of attendance at practice throughout all portions of the season.

In totality, the past season provided an overall helpful experience, whether it be by improving as the season went on or deeming other areas necessary for improvement.

Be the first to comment on "IMSA Golf: A Look Back"