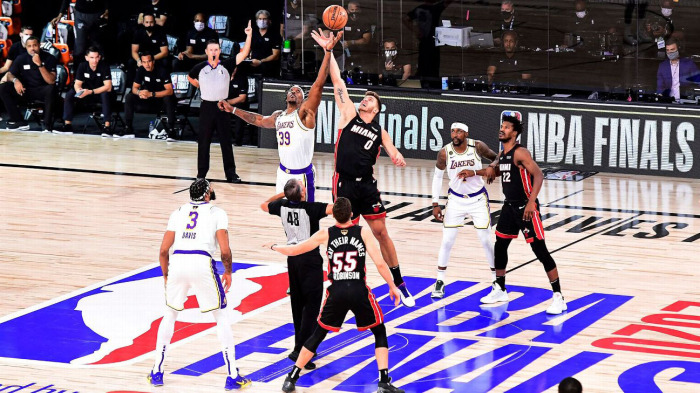 With an average 9.4% positivity rate and nearly 13 million total cases, the coronavirus has undoubtedly taken a toll on our nation. Certain cities and states across America have reinstated stay-at-home orders while others continue to enforce mask mandates and social distancing guidelines. Public health and safety have become of utmost importance during this pandemic, precisely what the National Basketball Association (NBA) seeks to promote throughout its upcoming season. After a tumultuous season with indefinite suspensions and countless players being infected with the coronavirus, the NBA strived to meticulously plan the 2020-2021 season with the well-being of both players and fans in mind. The NBA’s work has culminated in the 134-page safety protocol released just recently on November 28th, 2020, detailing the slightest of precautions the league would be taking. To begin with, let’s take a look at what the NBA defines to be its eight “core health and safety principles.”

Alongside these stringent safety protocols to prohibit the spread and contraction of COVID-19, the league has also constructed a system in the scenario that someone does test positive for COVID-19 and wants to return. The system has two potential paths for return: a “test-based” resolution, and a “time-based” resolution:

The NBA has also required its constituents to follow countless other rules including hiring external medical consultants, refraining from lounging, supplying the traveling party with personal protective equipment, and limiting practices to just two players. The 2020-2021 season has been set to start on December 22nd, 2020, with the safety protocols aforementioned kicking in days before during training camps and pre-season games. Through its work, the NBA has strived to not only promote the safety of its players but also set an example for other sports leagues including the NHL and the MLB. For fans, this season will undoubtedly be quite different, yet the thrill of a basketball game will remain the same!