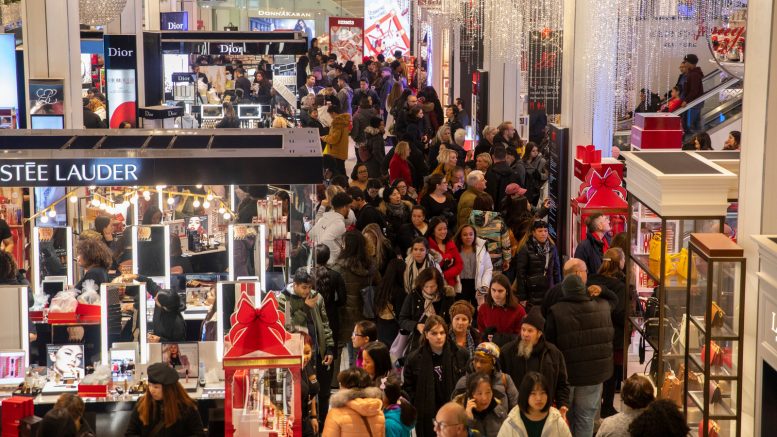 Black Friday is right around the corner, but how different will this year’s shopping saga look? When we think about Black Friday, we often visualize shoppers camping outside of stores and clustered crowds pushing each other around to find the best deals; however, both of these scenarios are less than ideal right now. Since the United States is still in the midst of a pandemic, many stores have initiated tactics to uphold customer satisfaction while still taking sanitary precautions. Stores all around us have now implemented Black Friday deals to take place over several days or rather the entire month of November compared to one single day.

For example, Walmart has developed a series of in-person sales events called “Black Friday Deals for Days,” which started on November 4. They are still offering deals for products ranging from Electronics to Toys and more, and they plan on adding additional items throughout the month of November. However, Walmart will be closing their doors this Thanksgiving to prevent large crowds and to keep their employees safe.

Best Buy, on the other hand, started their in-person deals even earlier. Their first round of deals began during the last week of October, and their last round ends on the week of November 22. While they also do not plan on opening their doors on Thanksgiving day, they will be open on actual Black Friday.

Target is taking a similar approach to Walmart in which sales will be offered throughout the month of November, with additional items added when possible. They restock their shelves every Sunday and release their weekly deal ads on Thursdays to give shoppers time to prepare for their “Black Friday Now” deals.

Kohls is taking full advantage of their Kohl’s cash and rewards program this holiday season. Their Black Friday preview began on November 6, and they had 100 one-day previews along with a coupon for 20% in-person or online. Instead of Kohl’s regular $10 back with every $50 spent in Kohl’s cash, they are now raising it to $15 back with every $50 purchase. At the end of their preview sales, they will be having a two day “Super Deals” event online on Thanksgiving Day and Black Friday.

While most of these stores have decided to close their doors on Thanksgiving day, they will be opening back up on Black Friday, which will undoubtedly attract large crowds. Stores such as Walmart have already set plans in regard to worker’s safety and sanitary safety. A Walmart worker, Taniya Paylor, has said that a new addition to her job this year will include cleaning. She said, “‘my task for that day was called ‘touchpoint,’ meaning at every other point of contact that guests had with the store, I would go behind them and sanitize that area.”

Malls and many retail stores are also being cautious with the pandemic by requiring masks to enter and observing social distancing. One popular event at most malls every year is families getting to meet Santa, and this event will once again look different this year. Malls don’t want to cut the visiting Santa entirely out of the picture, so they are now offering a touchless Santa experience. Along with these options, stores have also made customer pick up a lot easier by implementing contactless curbside pickup and quick shipping to destinations or stores.

Many believe that some individuals cannot wait until Black Friday shopping so that they can feel a little bit more normalcy during this hectic time. A mall spokesperson, Michelle LaDuron, believes just that and says, “‘with most stores closing on Thanksgiving, we expect that shoppers will want to get out and experience the traditional Black Friday shopping again.'” In addition, others remind us not to get too distracted with shopping and to still stay safe during this pandemic.