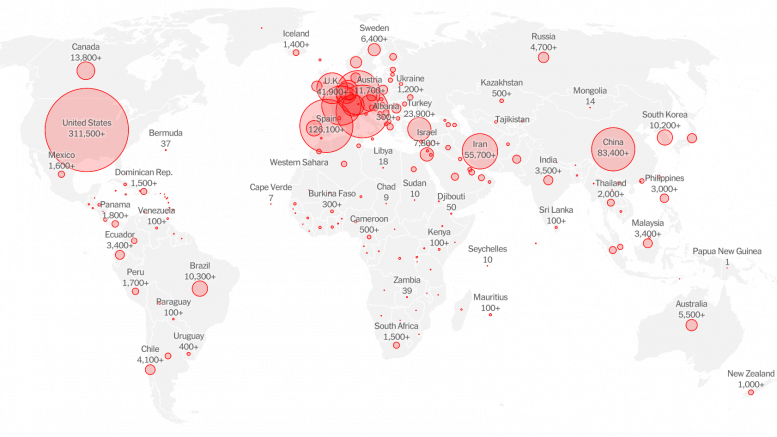 This map shows where the virus has most affected the world. | Source: nytimes.com

The coronavirus has taken the world by storm, affecting hundreds of thousands of people daily. This virus, which was once thought to be endemic to the Wuhan Province of China, quickly spread around the world. Many world leaders are taking severe measures to make sure that their people are staying safe and hygienic, as no country should repeat the misfortunes of Italy, which went from having one or two cases to the most number of deaths due to the virus in a matter of two weeks.

Italy underestimated the force of the virus, which caused them to pay gravely. Even though several doctors and scientists were warning countries about the effects of the virus, no one paid heed to their word due to initial data supporting that the elderly and toddlers were the people most risk for the virus. This caused many people from other age groups to continue with their daily lives. People still flew to and from areas with high virus contamination. The harsh effects of this were especially seen in the state of  New York, which currently has the highest number of COVID-19 patients in the US. Trouble of this magnitude drives us to look back and ask how the United States got into its current state. 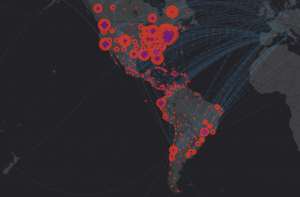 This image shows the virus hotspots in North and South America. || PAHO.org

To look at this, we need to go back to mid-January, when the virus was mainly prominent in China. President Trump denied the potential of it becoming a threat to the American public, saying things like this in one MSNBC interview: “It’s going to disappear. One day, it’s like a miracle, it will disappear.” Donald Trump came out as very skeptical early on and denied COVID-19 having any effect on the United States even after it became a public threat. This skepticism and ignorance gave the virus an opportunity to spread more widely in the United States. By early March, WHO was already suggesting self-quarantining and other protective measures. Many governors began enforcing their own statewide curfews and quarantines, even if the President was unready to accept the oncoming pandemic.

The President truly came to notice the effect of COVID-19 in the second week of March, the same week that WHO declared it a worldwide pandemic and many associations and businesses, like the NBA, took drastic measures, closing their doors for the forseeable future. Trump declared the situation a national emergency that very week and was soon able to secure 8.3 billion dollars for aid towards people affected by the virus in all of the United States and its territories, with almost 50 billion dollars to follow. All of this government aid also helped the crashing stock market rise again, showing the greatest jump in the DOW since the Great Depression. 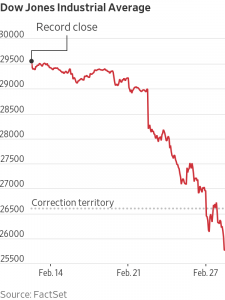 This graph shows how harshly the DOW Jones index fell this past month. || wsj.com

But the President has proven to be quite uncertain about the decisions he is making. He began the year talking about how this virus is not something we should fear and we should continue living the way we were, but by Mid-March he came to see how harmful the coronavirus was. In late-March, however, he again switched sides, suggesting that businesses should not shut down in the face of the virus because of the impact on the U.S economy. The unemployment rate rose to 5.5% as almost 3.5 million Americans filed for unemployment. By March 23rd, the DOW Jones had fallen by almost 10,000 points since January, and it was still decreasing. He became skeptical of the true effect of the virus, denying many provisions requested by New York governor, Andrew M. Cuomo. The press began to criticize Trump for turning a national emergency into a political issue, as this wasn’t the first time he denied aid to New York. President Trump began to see this pandemic as a war-time effort, saying on Twitter, “WE WILL WIN THIS WAR. When we achieve this victory, we will emerge stronger and more united than ever before!” 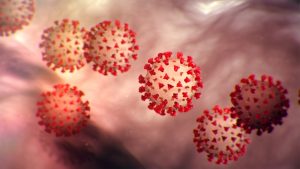 If this cycle of ambiguity continues, we may never be able to expect federal measures being taken to control this pandemic. Dr. Antony Fauci, a leading infectious disease expert and a member of the White House Coronavirus task force, stated that between 100,000 to 200,000 Americans could die from this pandemic, after which the President stated that if the number stays under 00,000 deaths, America would be doing well.

How IMSA Students Are Helping During This Pandemic