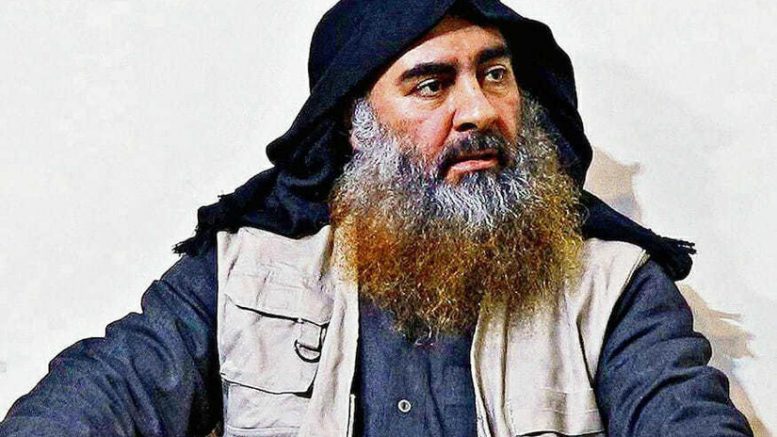 On October 26th, ISIS leader Abu Bakr al-Baghdadi detonated a suicide vest he was wearing, killing himself and two children in order to escape capture by the US during a raid. DNA testing onsite confirmed Baghdadi’s identity.

The raid was conducted by US special-operation forces who forced their way into the building occupied by Baghdadi. Baghdadi fled to a closed-end tunnel and detonated the suicide vest. The tunnel caved in. President Trump reported that Baghdadi died “whimpering, crying and screaming all the way,” although doubts have been raised as to how he would know this. A US military dog named Conan was injured in the raid and will be visiting the White House soon.

Leader of ISIS since 2010, Baghdadi led the organization in taking over swathes of Syria and Iraq. The Iraqi city of Mosul was overrun in June 2014, at which point Baghdadi declared himself “caliph” of ISIS’s “caliphate.” International coalitions began driving ISIS out of Iraq and Syria until it lost the last of its territory in March 2019. However, ISIS still has many armed supporters carrying out attacks.

Although the death of its leader has dealt a considerable blow to the organization, it has not crippled it. Already, ISIS has announced a new leader, Abu Ibrahim al-Hashimi al-Quraishi, and the US is researching him now, according to an article in Reuters. The threat of ISIS is far from over, as the article says.

Indeed, the raid may serve as a rallying cry for ISIS supporters, and experts say that it is important to be prepared for a likely counterattack. In the statement announcing its new leader and confirming Baghdadi’s death, ISIS vowed revenge with floral language. Online, ISIS supporters have repeated the threat, often citing Trump’s demeaning language. Although Baghdadi is dead, ISIS remains a threat, and governments around the world must remain vigilant in order to counter the terrorist organization.

Be the first to comment on "ISIS’s Leader is Dead: What’s Next?"