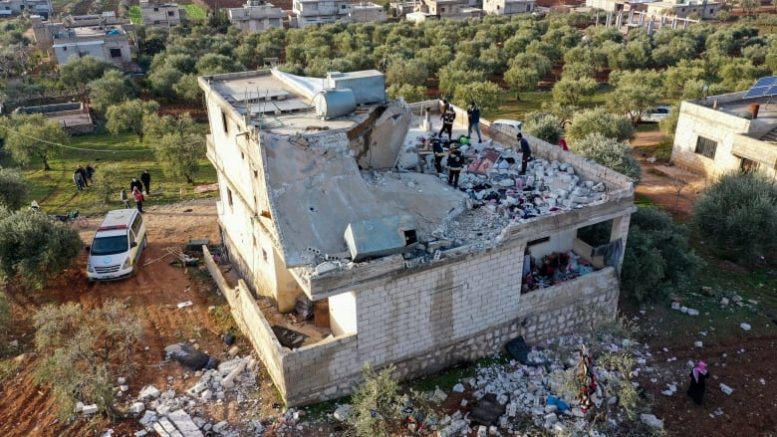 On February 3, 2022, ISIS leader Abu Ibrahim al Hashimi al Qurayshi, also known as Hajji Abdullah, was killed in a U.S. Special Operations Forces raid. Qurayshi, rather than risk being captured, detonated a suicide vest, killing himself, his wife, and his children.

Since taking over as leader in 2019, Qurayshi has overseen “the development of ISIS-affiliated terrorist groups around the world after ravaging towns and murdering innocents,” Biden said. He was hidden in a house near the Turkish border in Atmeh, Syria.

Days after Baghdadi’s death, ISIS appointed Qurayshi as its new leader. For his new post, he took the moniker Qurayshi. He was born Amir Muhammad Said Abdal-Rahman al Mawla in the Iraqi region of Nineveh in 1976. Mosul was home to the son of an Imam.

Qurayshi became a member of the group that would later become ISIS in the mid-2000s. He rose through the ranks to become a senior ideologue and judge. According to the State Department, he “helped drive and legitimize the kidnapping, massacre, and trafficking of the Yazidi religious minority in northwest Iraq, as well as leading some of the group’s global terrorist operations.” He was, however, not as well-known outside of ISIS like Baghdadi.

Even after becoming the emir, Qurayshi kept a low profile. ISIS did not distribute images of him or offer biographical information. He also never sent out an audio message. According to the Pentagon, he provided “near-constant operational guidance to ISIS forces.”

How the U.S. Raid Unfolded

The operation, according to President Biden, was planned to minimize civilian casualties. Instead of ordering an airstrike, Biden dispatched special forces. Drones and fighter jets backed up the ground soldiers. U.S. Marines closed in on a three-story cinder block building through bullhorns and ordered everyone inside to surrender.

It was a strikingly similar operation to the 2019 U.S. attack that killed ISIS’ previous leader, with the same result. Abu Bakr al-Baghdadi was killed less than three miles from Turkish land in a residence southwest of Atmeh. Qurayshi took over from Abu Bakr al-Baghdadi, who headed ISIS when it conquered large regions of Syria and Iraq and ruled over millions of people during the height of its self-proclaimed caliphate.

Be the first to comment on "United States Raid in Syria"