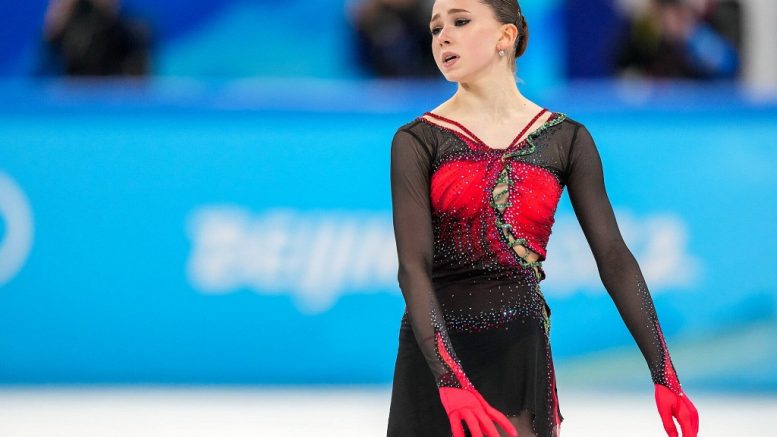 Days into the 2022 Winter Olympics in Beijing, it was reported that a minor on the Russian skating team had tested positive for a banned substance. The Russian media reported that it was fifteen-year-old Russian skater Kamila Valieva, and the test was a previously undisclosed result from December.

The drug, trimetazidine, is often given to those with heart issues and is known to boost endurance in athletes. Therapeutic use exemptions can be given for certain medications, often those for asthma, but not for trimetazidine.

An anesthesiologist from the Mayo Clinic, Dr. Michael Joyner, expressed his confusion as to why Valieva would have had this in her system saying, “I cannot imagine a figure skater taking this drug. It’s one big head scratcher. I can’t imagine a scenario where she would have taken it.”

Joyner went on to say those who wish to use performance-enhancing drugs will typically try to find ones that will not show up on a blood or urine test. However, this is not the case for trimetazidine. It is also highly unlikely that Valieva would have been prescribed the medication for heart problems. In the US, trimetazidine is rarely used as it does not “work well,” according to Joyner.

Prior to this transpiring, Valieva had become the first woman to land a quadruple jump at the Olympics. A few days later, she wondered whether she would even be able to compete. In a move that shocked numerous athletes, the Court of Arbitration for Sport allowed Valieva to continue in the competition due to the fact that she was a minor.

However, Valieva seemed to cave under the pressure, falling several times during her routine and coming in fourth place. It was apparent that Valieva knew of her poor performance, exchanging her ending pose for a dismissive flip of the hand. After Valieva stepped off the ice, her coach, Eteri Tutberidze, was heard saying to her, “Why did you stop fighting? Explain it to me, why? You let it go after that axel.”

Former Olympic figure skater, Adam Rippon, lashed out at the Russian Olympic Committee for putting Valieva in the difficult position of competing under suspicion of doping, and was adamant that she should have been disqualified, saying, “Every other athlete in this competition is having their whole Olympic experience altered to accommodate an athlete with a FAILED test. The entire ROC should not be here. They’ve exploited a child for results and continue to cheat and suffer no consequences.”

NBC commentators and former figure skaters, Johnny Weir and Tara Lipinski, seemed at a loss for words while watching Valieva perform. Weir discussed how he felt “uncomfortable” with the situation and Lipinski said that she “couldn’t believe” what she was seeing.

Valieva’s saddening situation sheds light on a bigger problem amongst the competitive sports world. The pressure placed on young athletes by the adults around them to disregard all aspects of their health and well-being to achieve perfection in the sport can create damaging situations with serious repercussions.

The World Anti-Doping Agency has said it will investigate the adults who were in charge of Valieva with regards to her skating and well-being in order to hold those responsible for the situation accountable.