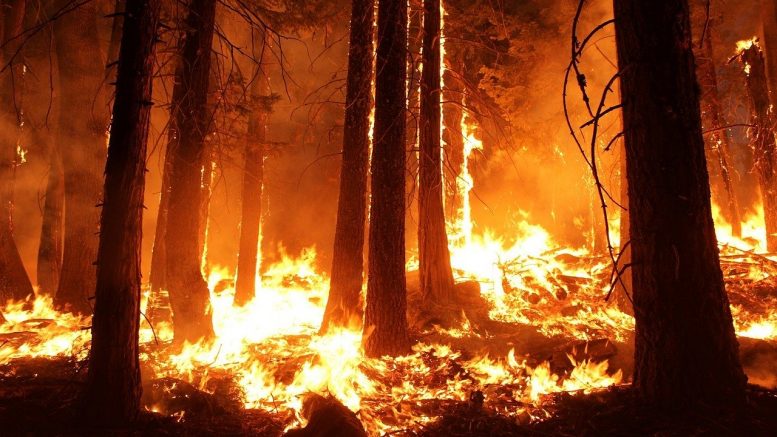 Extensive wildfires have been wreaking havoc across much of Australia, burning millions of acres of forests and adversely impacting wildlife. These fires have impacted every state in Australia, and New South Wales even declared a state of emergency on December 19th.

The fires, beginning in late June 2019, were started both by natural causes and by humans. Lightning in arid forests accounts for most of the fires, but legal action has also been taken against people for starting fires that have spiraled out of control.

Climate change has also been linked to the flames – Australia has been experiencing more extreme weather conditions in recent years and wildfire season has been starting earlier and spreading faster. The burgeoning drought-like conditions and stronger winds, which make it easier for the fires to spread, have prompted one of the worst wildfire seasons in recent history. The worsening conditions even prompted climate-change protests to erupt last week in Sydney, with thousands marching in the streets to call for changes to policy.

The cost of the wildfires has been staggering. Over 18 million acres of forest have been burned, with some officials even estimating the damage costing up to 25 million acres. Thousands of homes have been lost, and at least 23 people have died as a result.

The most devastating damage, however, has been done to the wildlife. According to Professor Chris Dickman at the University of Sydney, as many as 480 million animals have been impacted by the wildfires. Environment officials have estimated that almost a third of the koalas in New South Wales have died, and many species are becoming endangered. Videos of koalas and other species of animals being rescued or fed water are going viral on social media, drawing attention to their plight. People have also been using their influence to raise money – one model, Kaylen Ward, even promised to send nude pictures of herself to those who donated $10 to an approved list of charities. She ended up raising hundreds of thousands of dollars online.

Due to the immense impact of the fires this year, the Australian firefighters have not yet been able to contain the fires. International help is still needed to get the situation under control. The US, Canada, Singapore, and New Zealand, among others, have provided military assistance and volunteer firefighters. Aid organizations such as the Australian Red Cross and local firefighters, zoos, and animal sanctuaries, have all been working tirelessly in their efforts to save the people and wildlife impacted by these devastating wildfires.

Be the first to comment on "Wildfires Wreaking Havoc Across Australia"