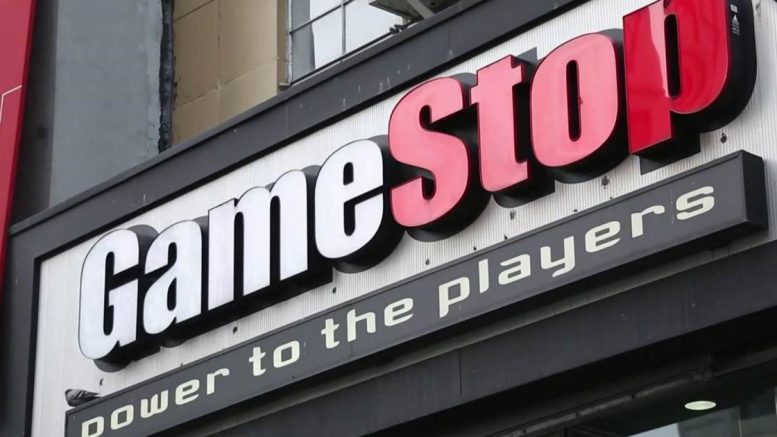 Storefront of a GameStop | Source: The Today Show

Maybe you have been to GameStop to buy or sell some used game discs or cartridges, or check out the endless wall of Funco Pops. As an unremarkable retail store, GameStop had been struggling to stay afloat during the COVID-19 pandemic. But if you keep up with the news or pay attention to Twitter trends, you may have already learned of what’s been called the GameStop  stock “craze.” Here’s an overview of what’s happened and what this means for the stock market.

Even before the pandemic, GameStop had been suffering as video game sales have been mainly transitioning to online services such as Steam. But things took a turn when Reddit traders on r/WallStreetBets noticed the $13 billion hedge fund “Melvin Capital” had been shorting GameStop shares.

What does this mean? To short sell is to borrow shares of a stock, sell them for cash, and wait for the price of those shares to fall. Then, after buying them back for a lower price and returning them to the lender, the difference would be kept as profit. But this entire process rides on the bet that the price will fall. If the price of the shares unexpectedly increases, the trader would need to buy them back as soon as possible so as not to incur further losses.

For a company like GameStop that had been showing such a definite declining trend, it could hardly have been a better time to be shorting their shares. So upon seeing investment trend, Redditors organized to mass buy GameStop shares, drastically raising the price and pressuring hedge funds to buy back the shares in a tactic called a short squeeze. As of December 31st, GameStop’s shares were valued at $18.84 but had already blown up to over $350 by January 27th.

Hedge funds like Melvin Capital that had been shorting these stocks were forced to face huge losses, some even numbering in the billions as the craze picked up speed and the rest of the market picked up on the trend. They were forced to buy back the stocks, creating additional demand and raising the price, and in turn, continuing the cycle.

What does this mean for the future stock market? Historically, hedge funds and other companies of the same caliber have known to be the main manipulators of the stock market, influencing trends. It’s the first time that ordinary investors have been able to gain ground against such influence. Some Redditors saw this as karma against hedge funds who had been profiting off of the decline of other companies; others, including amateur traders, simply joined in on the chaos, riding the waves to scrape some earnings for themselves. Such traders are now also turning to other stocks with similar situations, such as AMC Entertainment Holdings and Tootsie Roll Industries.

As a response to these events, institutional investors will likely lean more toward investing in companies with growth potential rather than betting on the downfall of others, or at the very least conduct more research into the trends of social media platforms similar to Reddit that have the capability of creating such a disruption in the stock market.