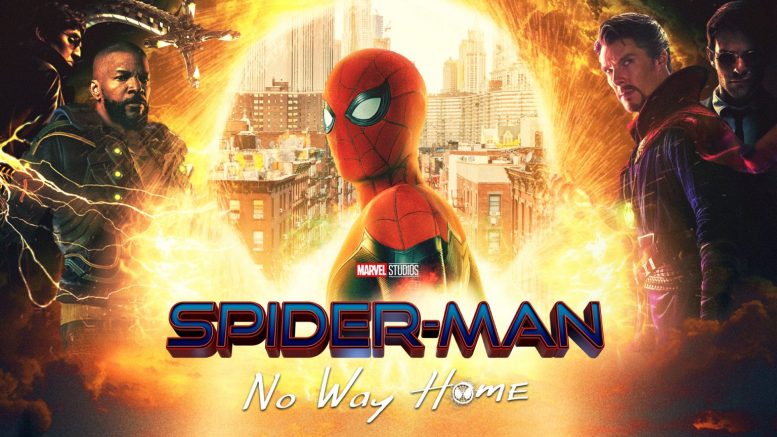 Like most Marvel fans, I thought Spider-Man: No Way Home was a delightful, emotional, and exciting film with twists and turns that caused the film to gain immense popularity. However, many IMSA students can also learn a few lessons from Peter Parker and his mistakes throughout the movie.

The whole issue begins with Mysterio revealing that Peter is Spiderman. This causes social and legal problems for Peter and those he loves, including Aunt May, Happy, MJ, and Ned. Even after the legal issues are solved, there is still much controversy surrounding the group. When Peter, MJ, and Ned are all rejected from their dream school, MIT, Peter does what any rational high school senior would do: he goes to one of the most powerful sorcerers ever and asks him to brainwash the entire world. Dr. Strange surprisingly agrees to help him, but Peter’s desire for everyone who already knew he was Spiderman to remember causes the villains from other dimensions to come to Peter’s.

By some miracle (and intense fight scenes), Peter catches many of these villains, and Dr. Strange wants to send them back to their dimension. However, they argue they will die as soon as they are sent back after talking with the other villains. Peter’s selflessness and heroism make him want to help the villains reform so they won’t have to die. Anyone can understand his point of view, but also the intense dangers his actions cause. The emergence of the Green Goblin in Norman Osborn causes the other villains to revolt and ends in the death of Peter’s beloved Aunt May.

Of course, the problems Peter faces also lead to the previous Peter Parkers entering the screen through Ned’s newfound powers. It was so special for Marvel fans to see Tom Holland, Andrew Garfield, and Tobey Maguire sharing the screen and fighting against the villains. Their good-natured attitudes help transform the villains through antidotes that “cure” them of the evil tendencies and forms. However, Dr. Strange and Peter realize all the other villains that know Peter Parker are trying to enter their dimension. Peter selflessly tells Dr. Strange to make everyone forget him, including his loved ones. At the end of the film, we see MJ and Ned are still happy friends preparing to go to MIT, and Peter is a stranger to them.

From this heartbreaking and strange message, perhaps many high school students can learn from Peter. Although getting rejected from your dream school may feel like the end of the world, it’s probably a good idea to try something new and not follow in Peter’s footsteps. Nevertheless, the entire Marvel fandom is desperate to learn more about the multiverse in Dr. Strange’s upcoming movie, and hopefully, see Peter reunited with those he loves most.

Shang-Chi: A Celebration of Asian Power

Be the first to comment on "A Summary of and Lessons from Spider-Man: No Way Home"