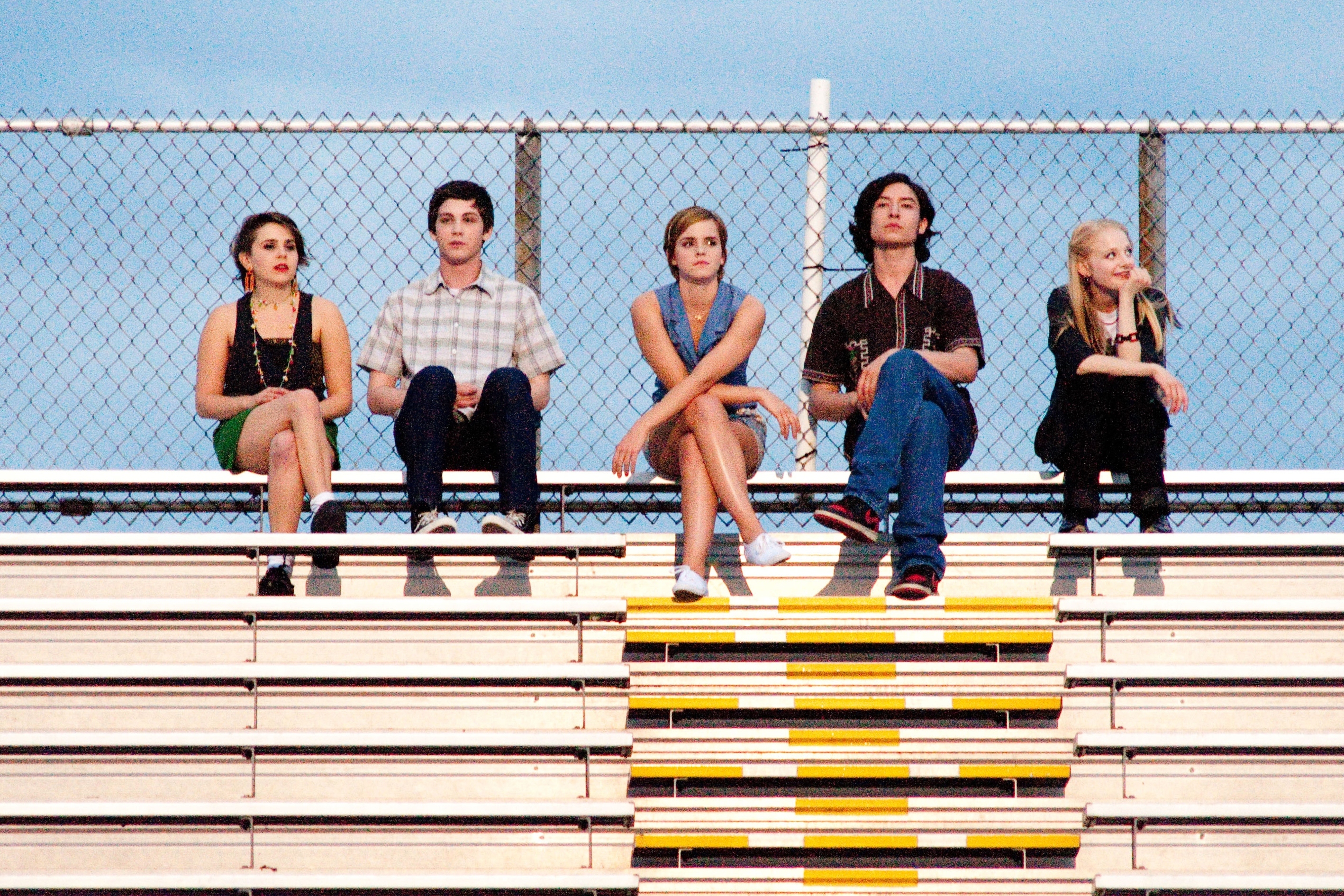 The Perks of Being a Wallflower is a relatable coming-of-age story centered on a new freshman in high school, Charlie. His narration of life is quirky and off-kilter as he stumbles through ninth grade and the ups and downs of fitting in with a new group of friends. The movie closely follows the relationships between outcast teenagers, with Charlie as the focal point. Throughout the movie, we learn more about Charlie’s past, his insecurities, and his hopeless love of books, music, and his close friend, Sam.

I usually have the emotional capacity of a rock. Maybe a blade of grass on a good day. Sure, I react to films – but passively. But this movie was different. I laughed, I sighed, I gasped, I cried; and so did the rest of the theater. I have never had or seen such an emotional response to a movie before. Something about Perks struck a chord. I still can’t pinpoint what exactly made me tear up, or what made my heart hammer in my ears.

But I can say with some assurance what the actors brought to this film. Logan Lerman’s portrayal of a socially awkward teen burdened with a troublesome past was golden, in my opinion. His stunted, awkward approach to life amused me, and he delivered his lines with an honesty that made me feel for him. Emma Watson was, in a word, fabulous. Not once did I think of the brainy witch she had played for years – she set herself apart in this film and truly surprised me with her ability to adapt to such a different role. To finish it off, I fell in love with Ezra Miller’s quirkiness. Though not quite as famous as the other two stars, he was certainly my favorite by the end of the movie. Fearlessly, with no inhibitions, he put his whole self into the role, giving a depth to the archetypal comic sidekick.

Of course, as much as I adored this film, there were some downsides to the movie’s story. First of all, it traveled far too fast. The movie was a little less than two hours long, but key points in the movie were brushed over too hastily. Another disappointment came from the underdevelopment of a few characters. Alice, Mr. Anderson, and many others were left static and untouched. Additionally, I found that while the movie overall handled the topics of abuse and depression well, there were occasional moments when these triggers were dealt with in a cavalier way.

But putting these few cons aside, this movie was truly excellent. It gave a new view of life through the eyes of a troubled teen without any exaggeration or over-romanticizing of the position that he was in. If you’re interested in the young adult fiction genre or  stories with plenty of character development, then Perks is definitely a movie for you to watch.

Be the first to comment on "Film Review: The Perks of Being a Wallflower"