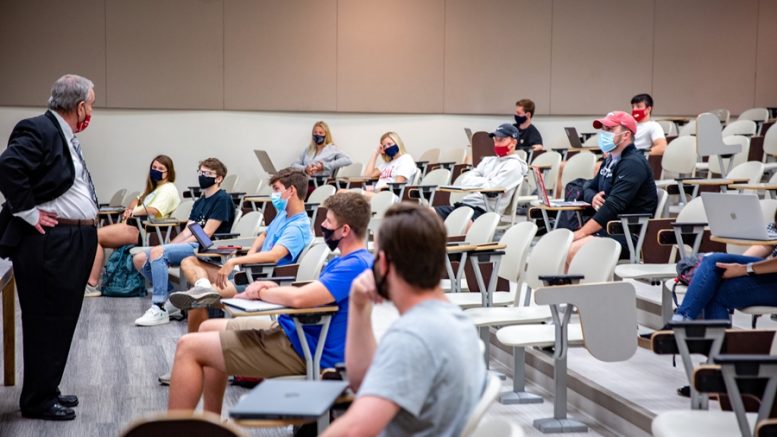 Each year, around December, IMSA releases its Course Catalog, a comprehensive outline of course offerings and credits for the following academic year. IMSA recently published its Course Catalog for 2022–2023, which, as usual, includes a number of modifications from past years. In the most recent edition, the changes are two-fold.

Several different classes have been adjusted for the coming school year, some added and others removed. These courses have just recently been chartered and will be offered this upcoming school year…

Several courses will also be terminated this coming year.

Research in Global History of Africa is continuing this coming year. Though listed as an officially charted class, enrolled students share that the “class” this year has become more of a reading group (that explores topics including linguistics in Southern Africa, decolonization, religious syncretism, medicine, and more). Many students are hopeful the course can operate like a typical class this coming year.

Of the changes, one of the most significant has been a modification to Student Inquiry & Research (SIR) and Independent Studies. Beginning this upcoming academic year, students will no longer be permitted to be enrolled in both an SIR and an Independent Study concurrently. This starkly differs from practices in previous years, where the administration gave control over enrollment in SIR and Independent Studies to students. Students are conflicted about the decision.

Jayant Kumar (’23) strongly disagrees with the decision, arguing that “Independent Studies and an SIR have very different motives and learning outcomes for the student. The fact that one cannot pursue both at the same time is quite frankly absurd.”

Atharva Gawde (’23) agrees with Kumar, sharing that “the decision really benefits nobody and really messes with my plans.” A result of the recent change, Gawde now feels forced to “pick and choose between his interests” and argues the “arbitrary decision just dissuades students from actually taking the initiative to pursue their interests and passions.”

Shaan Doshi (’23) also disagrees with the decision, arguing that it’s a student’s prerogative to find what works for them. “Students should determine how much we can do, not administration. If it’s overwhelming, then we drop; but that’s up to us, not them [administration]”

Students share similar sentiments, regardless of grade. Kyler Yu (’22) argues “that it isn’t a reasonable change. A lot of students are doing both and succeeding in both. One is about research and another is about learning — they help a student develop in two unique ways.”

However, some students agree with the administration’s decision.

Avyay Duggirala (’24) believes the “decision is honestly fair. Otherwise, students might try to overwork themselves which could negatively affect their mental health.”

Bhavya Vegesna (’23) shares that “for SIR, a lot of students join whatever project their mentor is working on, so students really don’t have the freedom to research what they’re curious about.” Vegesna believes the recent change might correct this issue and foster student individuality in outside-of-class ventures.

Regardless of their position on the decision, students that joined The Acronym for an interview all argued that student input should have been prioritized in the decision-making process. Jai Sutaria (’23) shares that “students [should] have been involved in the process of making that decision to ensure all perspectives were taken into account for the decision.”

Academics will look incredibly different this coming academic year — from the introduction of new classes to sweeping changes in IMSA’s prized SIR program, students will have to learn to adapt to new classes, new policies, and new teachers. Will these changes foster student growth and advance IMSA’s mission? Only time will tell.

How to Speak IMSA: A Guide to the IMSA Iceberg