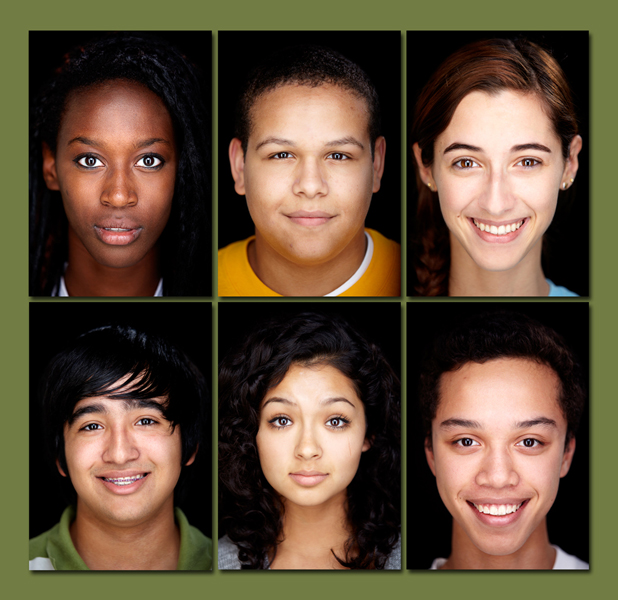 As you pass by through the IRC every day, you’ve probably noticed the gallery of portraits on the wall and wondered about them. Catching glimpses of intense photographs of classmates, teachers, and faculty members, I too wondered about the provenance of this engaging assembly. I spoke with Jean Bigger, Technical Services Supervisor, who explained the meaning behind “Faces of IMSA,” an exhibit in recognition of National Diversity Awareness Month.

Three years ago, Chris Reader, a photographer from IMSA Media Services, conceptualized the idea for a photo exhibit – one that would involve the entire IMSA community. His plan was not realized until this year, when IMSA’s campus-wide theme for the academic year was multicultural diversity. As such, educators and students alike have been bringing the community closer by spreading awareness of and celebrating the diversity at IMSA.

Through a collaborative effort, Jean Bigger set out to educate IMSA on its own multicultural diversity. Several weeks ago, Chris Reader held an open studio for two days at IMSA Media Services, and students in the Old Café volunteered for photographs. At first, Reader was not sure if there would be enough participants, but it turned out many students and staff were willing to partake in the project. Volunteers shared their name, age, and how they self-identified prior to having their pictures taken. This project was inspired by National Geographic’s thought-provoking article “The Changing Face of America,” which delved into the changing American identity. While years ago, an individual’s background typically consisted of a single race, it is not uncommon now for people to be multiracial. The idea of identity is also explored in Reader’s exhibit, as participants are asked to self-identify their race and ethnicity.

Next time you pass the IRC, maybe you’ll stop for a moment, and take a closer consideration at those powerful photographs hanging so penetratingly on the wall. These are not simply photographs; rather they come together to produce an image of America’s cultural diversity and acceptance of the multiracial community. These photographs are us; these are the faces of IMSA.

This project was made possible by a rich collaborative effort. Jean Bigger and Chris Reader would like to acknowledge Amy De La Torre (student liaison), Clay Sewell and Robert Schiltz (exhibit design and installation), Dr. Purva DeVol and Adrienne Coleman (multicultural education), Information Resource Center, IMSA Media Services, and all the students and staff who participated.

Meet the Faculty: Julie Dowling of Drama and KI

Be the first to comment on "Faces of IMSA"