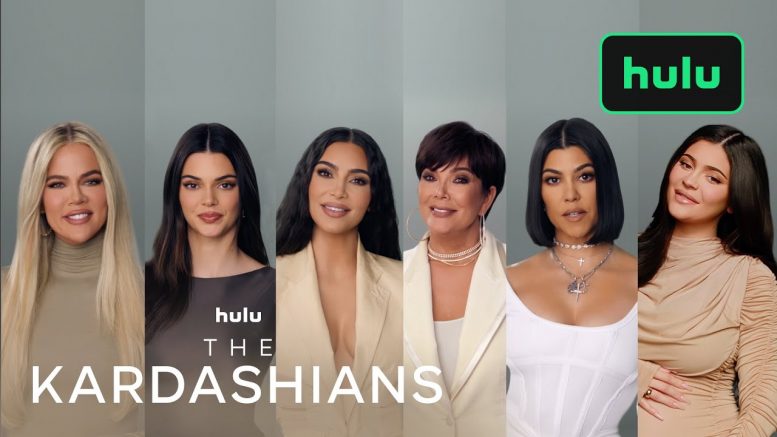 Less than a year since the infamously long-running reality tv series, Keeping Up with the Kardashians, aired its final episode, the Kardashian-Jenner family is set to return to television with the new show premiering April 14th on Hulu. The upcoming series, The Kardashians, will follow the exciting lives of sisters Kim, Kourtney, Khloe, Kendall, and Kylie, and of their “momager,” Kris Jenner.

The Kardashians are each set to receive a nine-figure salary for the show. Back in 2007, Keeping up with the Kardashians was a low-budget program. Ten years later in 2017, the show was renewed through 2020 in a near $100 million deal. After the show ended filming in January 2021, Kris Jenner began considering various venues that could potentially adopt the reboot. The family settled on a deal with Disney, Hulu’s parent company. The family weighed the decision heavily, with Khloe stating, “We always have our private family conversations, and we’re pretty brutal, me and my sisters, with what we will settle for or not settle for. But not all money is good money. It has to be a good fit, and Hulu was just the perfect fit for us.”

The family also valued the opportunity to switch to a streaming platform. Keeping Up with the Kardashians had its home on cable entertainment news network, E!, for all 20 seasons of the show. The Kardashians emphasized the value of moving with the pace of the modern world, and felt that having the show on cable was outdated. “It sounds so old fashioned, but we are people who applaud ourselves in so many other facets of our life that we are ahead of the time. We wanted to be with someone that’s tech forward, so we’re with the times,” Khloe stated. Khloe also discussed how her mother, Kris Jenner, has been at the forefront of the decision-making, mentioning that she enjoys negotiating and “fights like a pit bull.”

There’s certainly plenty to see on the upcoming reality series – a lot has happened throughout the show’s ten-month hiatus. Kim Kardashian was recently declared legally single and begun her new relationship with SNL comedian, Pete Davidson, with whom her ex-husband, Kanye West, has been feuding. Kourtney recently became engaged, and the show’s trailer revealed her and fiancé Travis Barker want to have a baby. Additionally, youngest sister, Kylie, welcomed a son back in February, and Kendall is currently dealing with a lawsuit over her 818 tequila brand. Despite Rob’s desire to live a more private life, Kris’s only son is also set to make occasional appearances on the show.

For nearly fifteen years, Keeping Up with the Kardashians kept reality tv-lovers entertained with all of the sister fights, relationship drama, and expressions of familial love that were central to the show. With the line, “Never go against the family” featured in The Kardashians‘ trailer, the new series is expected to continue that classic Kardashian-Jenner drama while also keeping the idea of preserving family at the heart of the show.